The Woman in Black Review

Written by Chris Stagg in Uncategorized, Words and Sound👁 1,056


The Woman in Black, is celebrating 30 years as a stage production. Adapted from Susan Hill’s 1983 chiller of the same name, I recently went to the fortune theater to see this production for the first time. I’m the first to admit, I’ve probably experience The Woman in Black in the wrong order. First I saw the 2012 Hammer film version starring Daniel Radcliffe, then I read the novel. I have to say I thought the Hammer film was an absolute masterpiece. Extremely atmospheric, the cinematography is some of the best I have ever seen and Radcliffe’s was perfectly cast. No matter how many times I see it, I still find it a very frightening experience. Susan Hill’s novel however, just didn’t hit the mark for me. It’s probably because I saw the film first, and it seems strange to not prefer the source material, but I just didn’t find it as frightening and I preferred some of the changes that the film made. That’s not to say I didn’t enjoy it however, I think it’s a very good gothic ghost story.

However, now we come to the theater production. I found the whole thing very strange and quite slow, certainly in the first half. The story sticks fairly closely to the novel, but it is a very under produced affair. There are only 2 actors to speak of (apart from the occasional Woman in Black herself) and minimal props and staging. In fact to say minimal props is overstating it, much is left to our imaginations. But when a productions runs as slowly as this one does, our imaginations are in no mood for filling in the blanks! I can think of countless plays I have seen with minimal staging and actors, that have worked very well. But it doesn’t work here, and it seems a strange choice to me for a West End play. 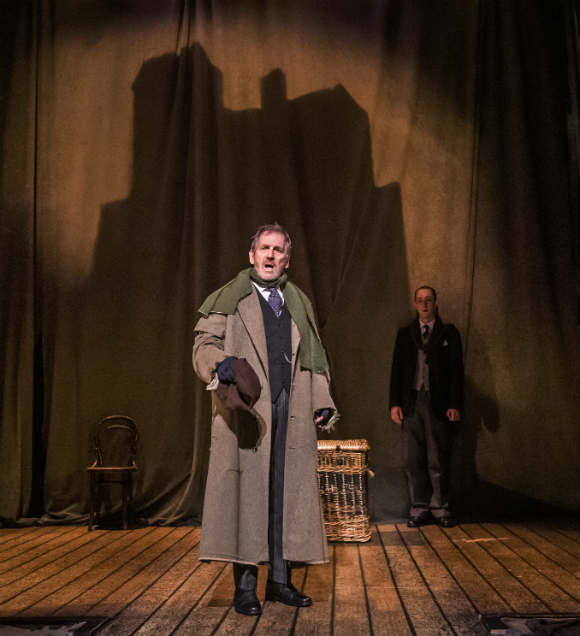 What the production does very well however is the effects. Not any kind of ghostly effects (as these were frustratingly minimal again), but the sound design and especially the lighting, which was extremely good. Special mention has to go to lighting designer Kevin Sleep, who conjures all of the best imagery with some very clever lighting techniques, playing with shadows, angles and opaque materials. The two cast members (as the Woman in Black is not identified) are Matthew Spencer as ‘The Actor’ and Stuart Fox as ‘Arthur Kipps.’ Now here it gets a little confusing, as we are presented with a play within a play. This is a valid way of telling the story and conveniently keeps the actor numbers down. The Actor plays Arthur Kipps in the play he is putting on for us based on the real Arthur Kipps story and the real Arthur Kipps plays everyone else in the play. With me still? If not, don’t worry because if you see the play this is one advantage of it being so slow. 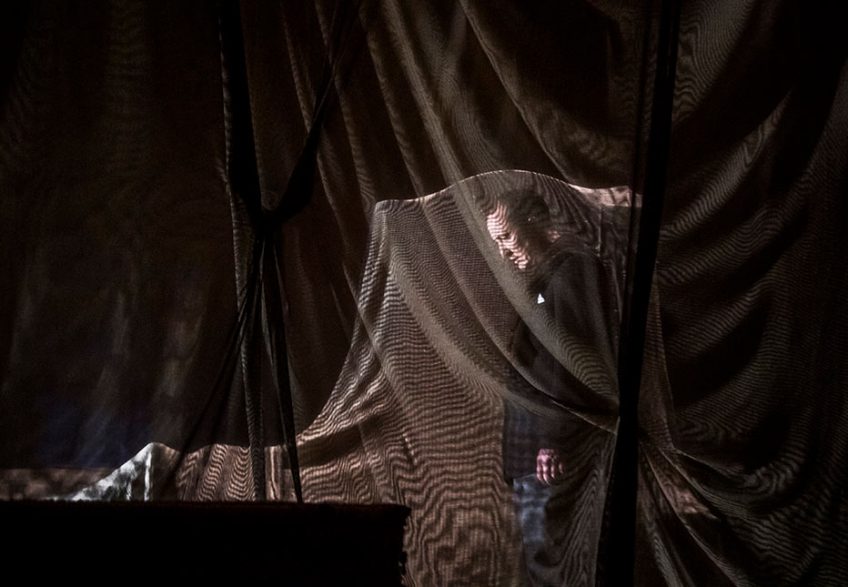 Spencer does an adequate job as The Actor, though I did find him over the top a lot of the time. The star though is Fox. He is very emotive and so very delicately understated. He seamlessly transforms himself into each of the other players, and there was never a moment where I was left wondering who he was playing now. A real credit to his talent, and I very much hope to see him on stage again. The success then of The Woman in Black for me, sits squarely with the talents of Stuart Fox and lightning designer Kevin Sleep.

All of The Woman in Blacks shortcomings I could forgive (primarily because I enjoyed Stuart Fox’s work so much), if it were not for one thing. It just isn’t scary. There are several scares in the production, but these are little more than jump scares. Cheap tricks to inflict an instant and non lasting fear. There was no sense of foreboding dread, no imprint of The Woman in Blacks anguish, nor was there any kind of chilling atmosphere or deep terror. I’m afraid that for a play who’s modus operandi is supposed to be fear, it fails on almost every level. If you are looking for something to do in London and you are not a horror fan, then by all means take in the Woman in Black. If you are looking for a retelling of the story that will genuinely frighten you, then stick with Hammer’s masterpiece. 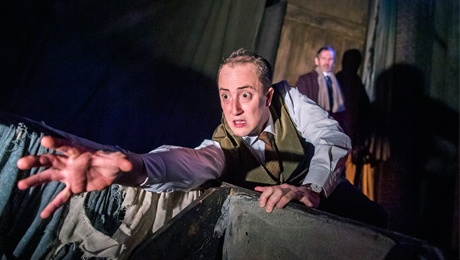