In 1997, German industrial metal band Rammstein released their amazing second album; Sehnsucht (Longing). Only 2 singles were released from this offering, but both had one thing in common. The accompanying music videos were based on Quentin Tarentino films. Engel (Angel) and Du Hast (You Have/Hate), were based on From Dusk Till Dawn (Directed by Robert Rodriguez but written and starring Tarentino) and Tarentino’s first film, Reservoir Dogs. 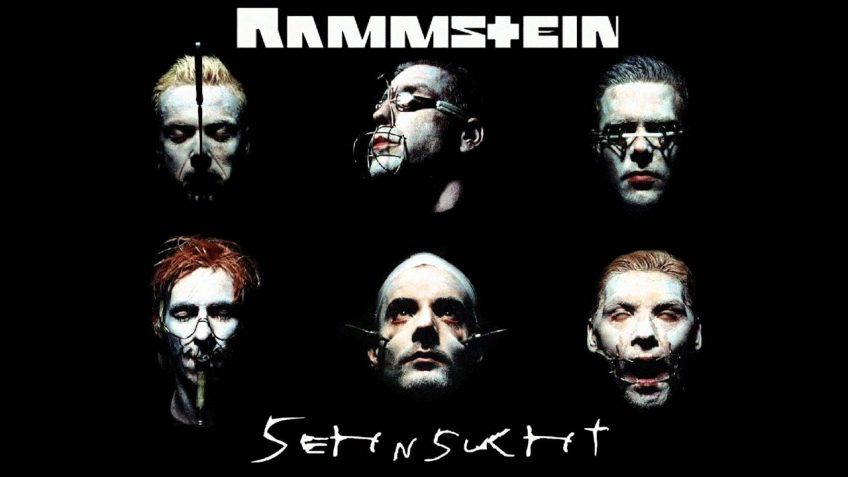 Although Du Hast does take inspiration from a few notorious Reservoir Dogs scenes, It’s Engel that we’re going to look at today. There is a scene in From Dusk Till Dawn where they are in a rough bar on the Mexican border and they are watching Salma Hayek perform on stage. This whole scene is replicated in the Engel music video. Keyboard player Flake takes on the role of Quentin Tarentino being seduced by Hayek, while other members of the band play on stage. Although they aren’t dressed as the mariachi band in the film, they do play more traditional instruments. Interestingly they are dressed much more like characters from Reservoir Dogs. 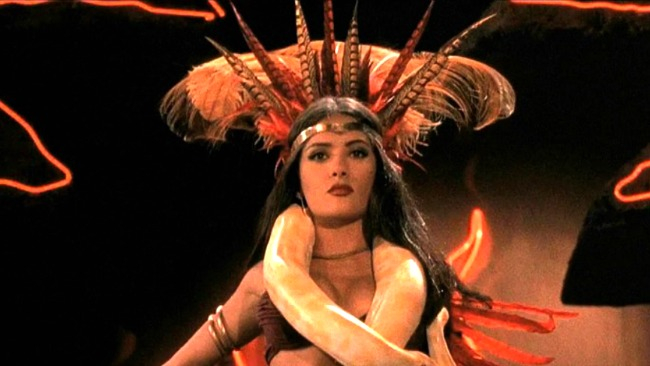 Strangely, lead singer Till Lindemann is absent for much of the music video, and even when he does appear it is brief and minor compared to the rest of the story line. In fact he is so absent that the band on stage mime his lyrics. The main focus of the video are the angels who sing the chorus while caged above the stage, and Flake who transforms toward the end into a black eyed immortal, which references the vampire transformations in From Dusk Till Dawn. 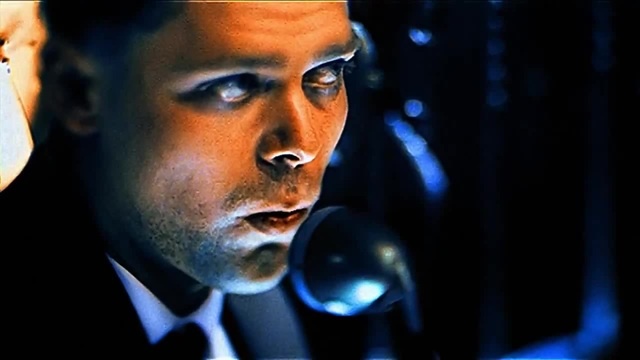 The whole package is very definitely a replication of the themes and scene in From Dusk Till Dawn, albeit with a techno industrial Rammstein spin.  You can take a look at the video from Engel here and please do tell me what you think.