Regular followers of mine will probably know who my favourite musician is, though my opportunities to play him on TFI90s were rare as he is far from everyone’s taste. But there is one album of his that is from the best decade known to man, and it just so happens to be one of his best. This week on the TFI90s blog, we look at Tom Waits’ 1999 masterpiece; Mule Variations.

You may well have never heard of Tom Waits. He is rarely if ever in the contemporary charts. He very rarely tours, and even rarer that he would play live here in the UK. Appearances and interviews are strictly kept to album releases, which in themselves can have many years between them – especially in these later years.  Though as of early 2020 he is reportedly in the studio working on his next album! He has also released few music videos. But Tom Waits remains one of the most original, creative and eccentric genius’ in the world of music today, who has an eclectic mix of global fans.

Mule Variations was a change in sound for Waits. He had moved away from his more traditional Jazz and Beatnik sounds, to something much more experimental. And though Mule Variations was not his first step in this direction, it was and remains, in my opinion, his best. It’s a sound that was developed through Bone Machine and The Black Rider and perfected here. A sound that is difficult to categorise, save perhaps for ‘experimental folk rock industrial jazz ballads!’ 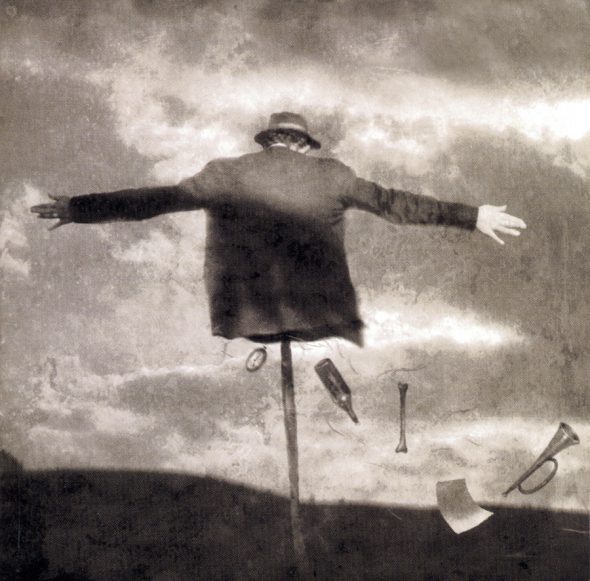 Every track on this album is astonishing. Opening with the bizarre Big in Japan, a track sung into a police horn, with a version of Waits’ voice that sounds like it has been soaked in whisky for a month – Waits preaches to us that “He’s got the rooster, got the crow, got the ebb, got the flow…” and sets the precedent for the rest of the album, that is constantly smashing expectations.

Mule Variations then takes us through 14 more tracks, each moving to a different realm of Waits’ musicality, before ending on track 16’s Come On Up To The House. A rousing and raucous Waits, booms to us to ‘to come on up to the house’ and we feel like, that at the end of the twisting and exciting (sometimes heart breaking) journey that is Mule Variations, Waits has become our friend beyond tour guide through the dark and the strange of his landscape, and he now beckons us to his home to relax and feel safe in its warm glow.

The 14 songs between beginning and end, are all fantastic in their own way and it’s difficult to pick highlights. My highlights will not be yours, but for what it’s worth I point you to these; Eye Ball Kid is a strange circus tale of a boy who is nothing more than a single eye ball looking for stardom. Chocolate Jesus preaches to us that salvation can come in the form of an immaculate confection and sounds as though it was recorded in Waits’ own bathroom. The House Where Nobody Lives is a stripped-back minor blues, where Waits cackles, almost slurring his words about the importance of a loving home. Take It With Me is a beautiful piano ballad, where Waits dedicates with a delicate and strangely vulnerable voice, to or perhaps for, his beloved. 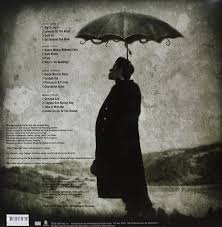 One track that will always be synonymous with Waits for me is What’s He Building? I first heard this track in my dads car when I was around 17 years old. It was the first Waits track I had ever heard and I was completely mesmerised. I had never heard anything like it before. His voice alone captivated me, in this creepy spoken word study of suburban paranoia. Peppered with sound effects, strange instruments and television static, Waits obsesses over the activities of his suspicious neighbour. Waits questions just how much do we know about our neighbours, with suggestions ever more wild as he continually asks himself ‘What’s He Building In There!?’ We are left feeling at the end of this haunting piece, that perhaps it’s Waits who is the oddity after all.

Much like the musician himself, Mule Variations is a work of genius that must be experienced. I have no negative comments about this album at all and quite simply it’s one of the greatest ever made. Go and find it and have your understanding of music turned upside down and taken to new exciting levels. 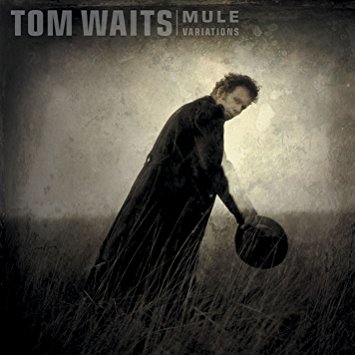