Hello 90’s fans. We’re going to do something a bit different today. Those who know me from social media, will know what a horror and occult fan I am, so as it’s Fright Fest weekend, I thought we would do a bit of a crossover by looking at one of the most important films of the 1990’s; The Blair Witch Project. 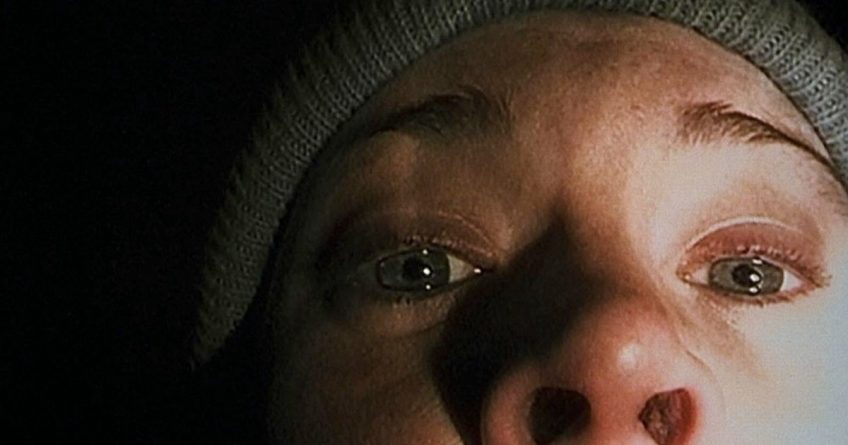 The Blair Witch Project was released in 1999, and it’s fair to say that it’s one of those ‘love it or hate it’ kind of films. There’s no middle ground here as people will usually be in 2 camps. Either it’s amazing, original and a masterpiece in building tension, or it’s a boring film where nothing happens and you’ don’t see anything.’ I’m firmly in the former camp and I would go so far as to say The Blair Witch Project is easily in my top 10 best horror films of all time. Whatever your view on this film, it’s legacy as far as horror cinema goes is undeniable.

The film follows 3 student filmmakers as they collect footage for their documentary on the fabled Blair Witch, a local legend in the historic town of Burkittsville near the Maryland Black Hills. the 3 students Heather, Michael and Josh interview local residents before hiking into the hills to camp and search out the so called Blair Witch. Things of course, do not go according to plan and Heather, Michael and Josh are never seen again.

What sets The Blair Witch Project apart from other horror films, and indeed from films of any genre, are several important factors which together made it incredibly unique and ground breaking and ultimately extremely successful. The Blair Witch Project became one of the most successful independent films of all time, with a final budget of $200,000 to $750,0000 it went on to gross almost $250 million worldwide.

The first thing that is strikingly different about The Blair Witch Project is the way it was shot. It’s filmed in a found footage style, meaning the film we see is the supposed unedited video the 3 students took before they went missing. What starts as their documentary goes on to be a record of their final days lost in the woods. The Blair Witch Project, didn’t invent this style of film making (an honour which is often attributed to infamous 1980 cult horror Cannibal Holocaust) but it did popularise it, with many horror films coming to take advantage of this technique after The Blair Witch Project reinvented it as a style. 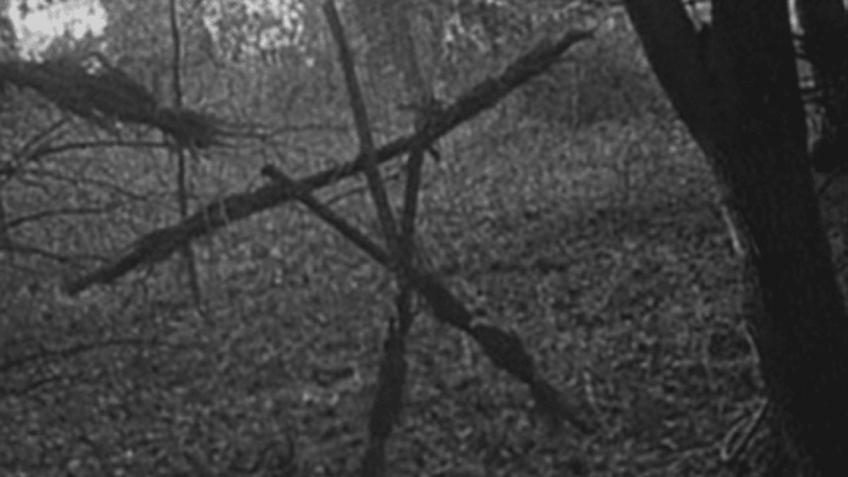 Production was very unusual too. As the film is presented as real life events to the audience, the cast were given little to no direction. Everything was largely improvised so as to increase the sense of realism. The people they interviewed were either real residents or planted actors to help move the story along, but certainly for the 3 main cast they were kept in the dark as to what they should be doing each day, with only cryptic clues left for them by the crew as to where to go next. To increase the sense of dread further, not only did the cast not know what was coming next, at night time film directors Daniel Myrick and Eduardo Sánchez would attempt to scare the cast with noises and movement outside their tent. All of this led to a very real feel to the film, which makes it a very tense viewing experience. The realism being one of its biggest triumphs means that even today, The Blair Witch Project remains frightening.

The marketing of The Blair Witch Project was also incredibly unique. It was one of the first films ever to take advantage of primarily internet advertising. To add again to it’s realism, a fake website was created listing the 3 filmmakers as actual missing persons. This included interviews, pretend news reels and police reports. This created an ‘is it real or not’ effect on the public. Small sections of the film were screened to colleges in America and missing persons leaflets were handed out at the end of the screenings creating a massive buzz. I can remember myself in college hearing about this film and all of the discussions in online forums. Essentially The Blair Witch Project had gone viral before its release and before the age of social media. 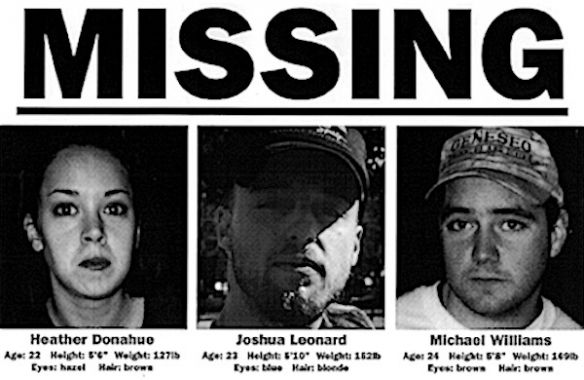 The Blair Witch Project is for me one of the most remarkable films ever made, but it isn’t without it’s negative reviews. It’s absolutely true you never see the Blair Witch or any kind of threat. But that doesn’t mean you don’t feel the threat along with the cast. This film is incredibly effective at making you believe it’s real and heightening the dread all through the old adage of less is more. Renowned film critic Robert Ebert, summed this up perfectly when he wrote; “At a time when digital techniques can show us almost anything, The Blair Witch Project is a reminder that what really scares us is the stuff we can’t see. The noise in the dark is almost always scarier than what makes the noise in the dark.” – Roger Ebert review for the Chicago Sun-Times 1999.

If you haven’t seen The Blair Witch Project, it’s an absolute must. Not only if you like folk horror, witchcraft or the occult as subgenres, but if you are a fan of film in general. It’s very divisive and I can’t guarantee you’ll like it, but I hope you will and it’s certainly at the very least a film that everyone should see.

If you’re interested in more of my horror and occult work, then please check out the links below. Until next week, take care (keep it spooky) and… keep it 90’s!