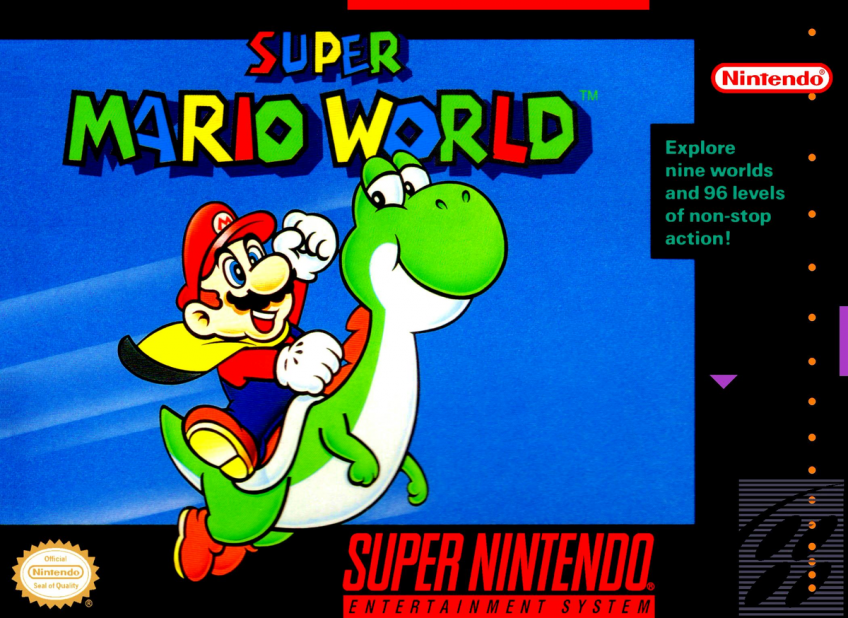 SMW takes place in Dinosaur Land, which Mario and his brother Luigi are visiting for a holiday after saving Princess Peach and The Mushroom Kingdom in Super Mario Bros 3. they soon meet a dinosaur called Yoshi, who informs them that his friends have been kidnapped by Bowser King Koopa and the Koopalings. Mario and Luigi must now save Yoshi’s friends and Dinosaur Land, and I believe Princess Peach again too!

In many ways, SMW is similar to Super Mario Bros 3, which was itself a brilliant game. It utilises an overhead world map along with side scrolling platform levels. There are secret endings and characters such as Bowser, Koopalings and Luigi all return, all be it with massively updated graphics and game size to take advantage of the SNES‘ new technical capabilities. However, the game also introduced many new features including, the ability to store a power up, new characters, the ability to throw items upwards and most importantly the spin jump, which enables Mario to jump off of enemies that would normally kill him, eg The Thwamp. This new type of jump became integral to Super Mario Rom hacks in later years. 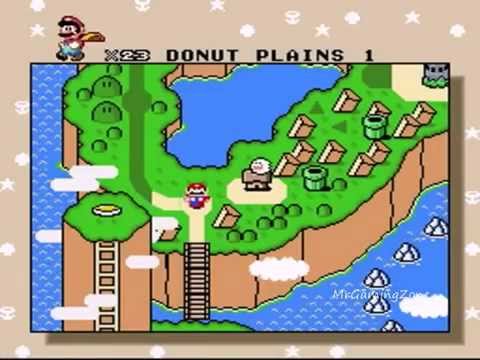 Rom hacks are unofficial versions of the game that have been created by fans, utilising the games engine. These levels will typically be extremely hard utilising mechanics that exist in the original game, but aren’t used, such as P-switch jumps and shell jumps. 3 such games were created and called Kaizo Mario World, which popularised the idea of Rom hacks of the game for people to play and create their own. These versions are very popular with professional Mario gamers and speed runners because of the immense difficulty compared to the official Nintendo games. Interestingly these hacks foreshadowed what would come to be Super Mario Maker (SMM). SMM was released for the Wii U in 2015 and a sequel for the Nintendo Switch in 2019. These games allowed people to officially make their own levels, including SMW levels. This opened the idea of advanced gaming up to a lot more people who had never heard of Rom hack gaming. many different Mario Games can have levels made in SMM, including of course SMW. 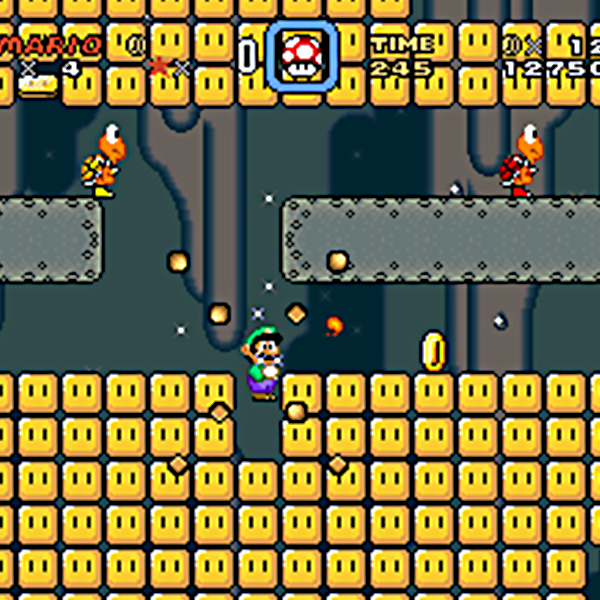 The addition of Yoshi into SMW was a stroke of genius. Yoshi could be ridden and enabled Mario to do things he previously couldn’t. This would include jumping off Yoshi after jumping to reach new heights, or briefly being able to float while continuing to hold the jump button. Yoshi could also do special things depending on what colour shell he held in his mouth, including spitting fireballs or flying for red and blue shells respectively. Yoshi became a beloved character and has featured in many Mario games since, including his own spin off games. Yoshi is also very important to SMM levels and Kaizo Rom hacks given the extra jumping power, and his ability to hold items in his mouth. 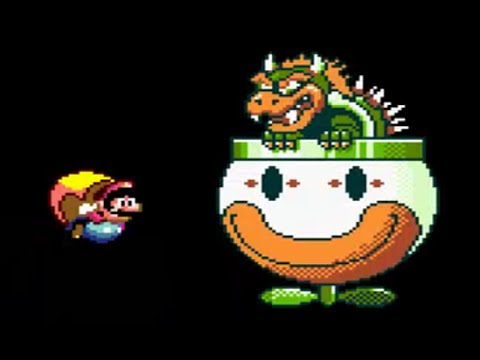 For me though, what makes SMW such a brilliant game is the combination of aesthetics and game play. It looks beautiful, it plays wonderfully and is packed full of secrets to find, including short cuts, hidden levels and entire secret Star Worlds. I adore the haunted house levels as they turn the secrets up to 11. Mini Boss King Boo is also pretty cool too! SMW remains one of the best Mario games, and one of the best platform games ever made. If you have never played Super Mario World, check it out online in the Nintendo E-shop where you can play it if you have a Nintendo subscription. 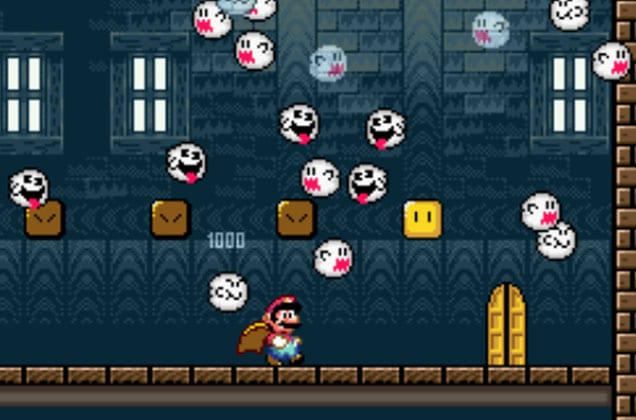