Written by Chris Stagg in Words and Sound👁 2,360

Chris Stagg presents Words & Sound, the arts and culture podcast on Phoenix FM. On episode 7 I’m joined by horror writer Adrian Roe. Adrian and I discuss his history of horror Scream trilogy looking at horror films from the 70s, 80s and 90s and we also talk about Adrian’s brand new book; Bled Dry, which examines the vampire subgenre. Adrian takes on the Words & Sound quiz with his specialist subject of 80s horror films. We also have in this episode a very special competition where you can win a copy of Bled Dry. To be in with a chance of winning, just listen to the episode then head over to my Instagram or Twitter and answer the question in the competition post. Winner announced on the 22nd May. All songs selected by Adrian.

Adrian’s work was inspired purely from his lifelong passion (and perhaps obsession) with horror films, and those who create them. In 2012 Adrian decided to put his knowledge to good use and embarked on his first book, First Scream to the Last, which covered the horror movie scene of the ’80s. After publication in 2014 two more books have since followed, Second Scream and The Final Scream, which cover the genre throughout the ’90s and ’70s respectively. These three knowledgeable reference pieces also attracted the interest of various genre artists, who kindly contributed towards the work with insightful interviews, allowing the reader to uncover fascinating memories of those involved in the making of these movies. Additional writers include Wes Craven, Julie Carmen, Tom Savini, Reggie Bannister, Mick Garris, Tom Holland, John Carpenter, Heather Langenkamp, Katt Shea, Tom Skerritt, Victor Miller, Eileen Davidson, Dee Wallace, Adrienne Barbeau and many others.

Adrian has since published his 4th book, Bled Dry, which documents the history of the vampire subgenre. Various artists are once again involved with the work that looks at the origins of the vampire lore, while also covering over 100 years of vampires in film.

Adrian has also contributed to various other horror projects including the ‘80s horror documentary In Search of Darkness, articles in the Daily Telegraph and various horror sites and blogs. 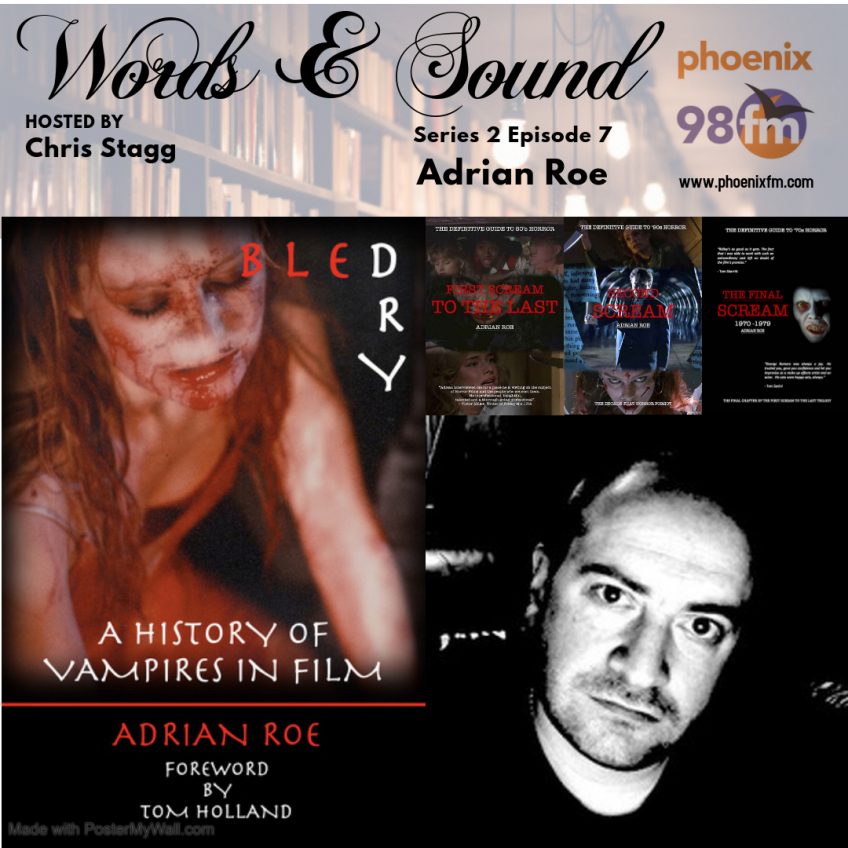