Nintendo Switch OLED edition – Is it the Switch Pro?

Written by Chris Stagg in Words and Sound👁 372


Those of you know me to any degree, will know I’m a huge Nintendo fan (check out my evolution of Nintendo article here). I, like many people have been waiting (and hoping) for the rumoured ‘Nintendo Switch Pro’ model. We want a bigger screen, we want the frankly ridiculous ‘Joy-Con drift’ issue corrected and most of all we want upgraded hardware to give us better framerates and an end to lag in our games. Yesterday, Nintendo finally announced a new model, the so called Nintendo Switch OLED model. We knew this was coming, as Bloomberg (a very reliable source) has been quoting information about an OLED 7inch screen on the next model, and that is exactly what we got. But what off the other items we desperately need. Is this new model the new Nintendo Switch Pro? Well quite frankly, no it isn’t.

Let me be absolutely clear. I adore the Nintendo Switch, it is a triumph and as Nintendo d so often, they have reinvented the way we play computer games. But it isn’t perfect. There is a long wish list of things we would like to see, and a much shorter list of essentials. Some of these are very easy to address. And in this new model, Nintendo have done the bare minimum they need to to justify a new entry to the system family. We have been given a 7 inch OLED screen (as predicted by Bloomberg), we have a new wider kickstand (the original was essentially unusable), we have an ethernet port for improved online play, improved sound on the system, double the internal storage from 32g to 63g and a new sleek white colour scheme. And that is what you get for an additional $50 on the base price (according to US prices).

This new model is a new entry into the family of Switch’s along with the base model and so called ‘Switch Lite.’ There have been no hardware improvements, and the biggest and most important change is the benefit that will be gained in handheld mode from the OLED screen. But why market this as a new device? Surely it is just an improved base device? Well it’s because these quality of life improvements (and that is all they are) would be the envy of old Switch owners, who rightly would complain about there model being fazed out in favour of this one, and yet not feel inclined to but the new one. Whereas marketing as a new model, will get all the new owners and a certain proportion of old owners too. 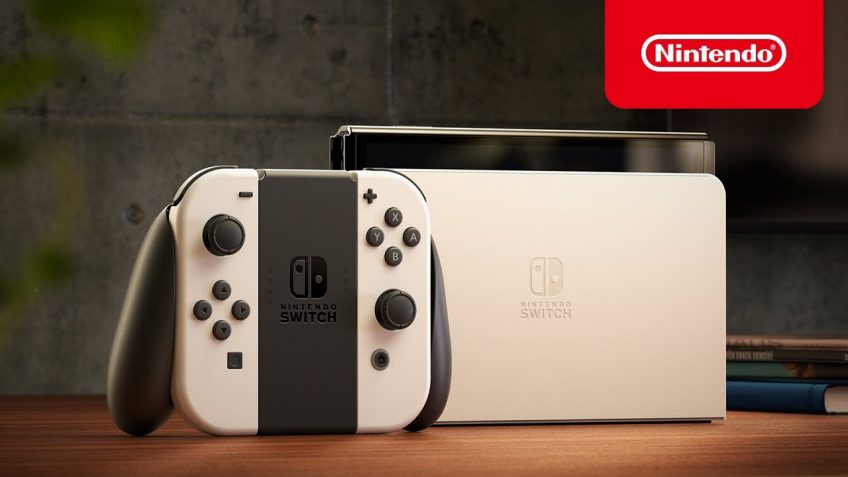 But what of the Switch Pro? Well I honestly think it’s still coming. I saw some talk online that perhaps the internal improvements to processing power, were planned, but that the World shortage of semiconductors that PlayStation and Xbox have been hit so badly by, forced Nintendo to rethink their plan. But I don’t think that’s right. I think the Nintendo Switch Pro was always planned to land around 2022. Christmas 2020, Doug Bowser (ironic name!) Nintendo of America’s chief, announced that the Switch was half way through it’s lifecycle, which is it’s 3 1/2 year mark. If they expect to system to get around 7 years out of it, we can expect their new system in 2024. Now we know at just after the half way point, there are already 3 versions of the Switch; Base, Lite and OLED. So are we really to believe, that Nintendo would progress through the second half of the systems life without one more model? Of course not – enter the Switch Pro.

And it makes perfect sense when you think about it. If it comes out in 2022, it will give a huge boost in sales to the system for it’s final 2 or 3 years before Nintendo move onto their next machine. And what do we expect to see released in 2022? Bayonetta 3 and Metroid Prime 4, both of which would benefit hugely from the increase in power. But there is of course one game we know is being released next year in 2022, and that is Breath Of The Wild 2. We got a brand new trailer for it at E3 and I don’t know about you, but to me it looked like it bopped. More complex colours and textures. An improvement on the aesthetics of an already breath-taking original. One that looked like it was running on a more powerful machine. 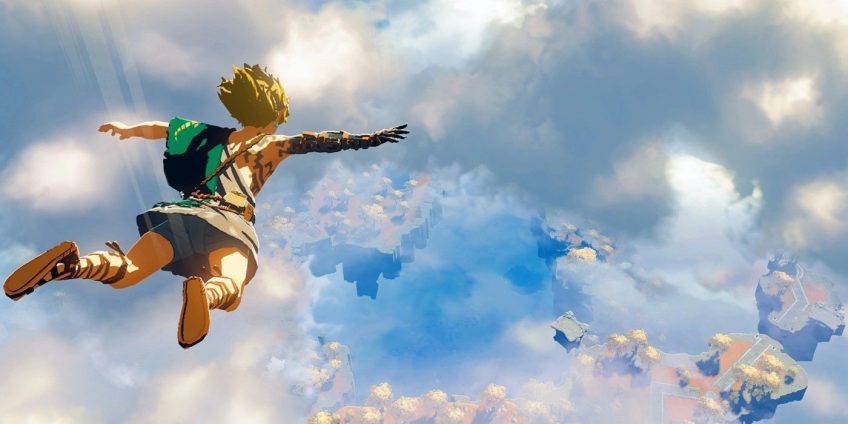 I of course have no inside information, but here’s my prediction. Christmas 2022, the Switch Pro will be be released with a launch title of Breath of The Wild 2. I think it will have better processing power (as the fact the 1st party games are struggling now is almost unacceptable) and 4k capabilities. I think the machine will be unveiled at E3 2022 with a longer gameplay trailer and title reveal for the new Zelda game. I also think that the drift in controllers will be fixed, and we will have the addition of a d-pad and multiple game slots. Ok some of these are maybe a bit of a wish list, but does that not sound like the pro machine we deserve?

Let me know what you think and happy gaming!