Written by Chris Stagg in Words and Sound👁 1,790


There is a trend at the moment for Netflix to revitalise beloved properties that fans want another chance to enjoy. Take for example the recent Rocko’s Modern Life Static Cling film, or the upcoming (and incredible looking) The Dark Crystal prequel series. Another of which is cult favourite and cancelled far too soon early, 2000’s weird fest; Invader Zim. From the twisted mind of writer Jhonen Vasquez, Zim was unlike any other animation that had come before. Taking cues from previous cult cartoons such as Ren and Stimpy and heavily influenced by Vasquez own comic book oddities such as JTHM and Squee, Invader Zim, was strange, dark and very very funny and went on to influence animation tropes that have become standard today (see Adventure Time and Regular Show to name but two). 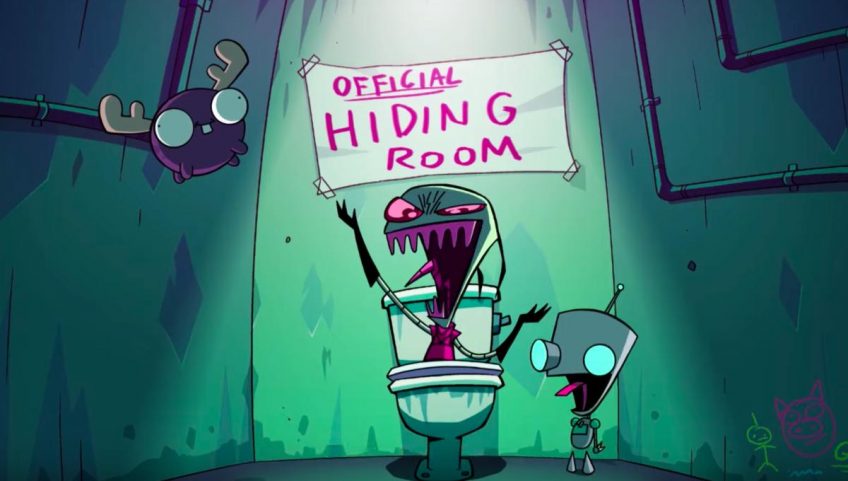 Talk of an Invader Zim film has been circulating for a couple of years and after a period of delays and silence, Nickelodeon has finally brought Invader Zim Enter The Florpus to the screen through Netflix. Not much has changed in the near 2 decades since Zim first hit our screens. Arch nemesis and defender of Earth; Dim has been obsessively self confined to his room waiting for Zim’s return, while Zim himself has been in the toilet, laughing about his upcoming Phase 2 for World domination. The Irken tallest of course have simply been floating through space blowing up planets and eating snacks.

Enter The Florpus then follows Zim’s latest plan for World domination, where he actually comes closer than he ever has before. We have an interesting dynamic between Dim and his absent father Professor Membrane, where Dib’s longing for his Father’s approval mirrors that of Zim’s longing for recognition from The Tallest. Zim is ultimately defeated by a collaboration between the Membrane family, Tak’s old Irken ship who wants revenge on Zim and a pudding loving clone called Clembrane. 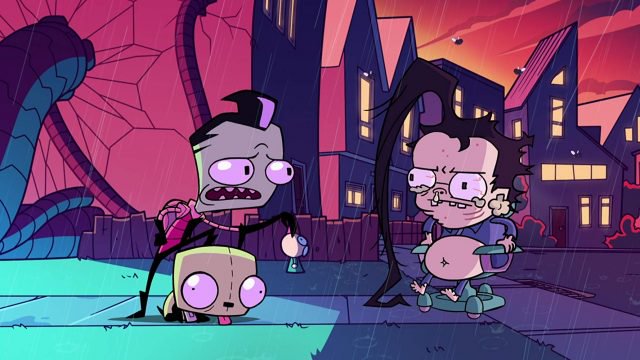 Everything you could possibly want in an Invader Zim outing is here. Everything that made Zim great is still present and nothing feels dated, it’s as fresh as if the concept itself has come from 2019. I as a Zim obsessed fan really enjoyed Enter The Florpus, and so did members of my friends and family who have never seen (or heard of) Invader Zim before, which proves there is still life in the little Irken who wants to see us enslaved by his fiery fist of doom. However, as good as Enter The Florpus is, I couldn’t help but feel it doesn’t quite work as a film. Invader Zim works at its absolute best as short 15 minute episodes, and to me at least it just felt like Enter The Florpus would have worked much better as a story arch in a new series. That is a minor criticism, for a group of characters I love being resurrected into a film I enjoyed. 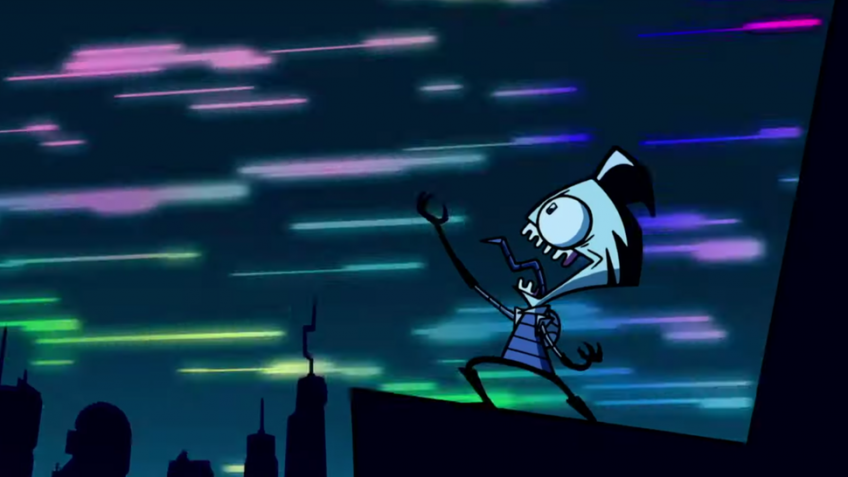 Invader Zim will be loved by old fans and new and is especially good for adults who like Children’s animation, with some twisted dark adult humour scattered throughout for them to find. But I Hope that Invader Zim gets a new series very soon, as a new stand alone film just isn’t enough. So let’s get ready my fellow puny human meat sacks, in preparation for the coming invasion and bow before the might of ZIIIIIIIIIM.