Written by Chris Stagg in Words and Sound👁 1,153


In this very special interview for Words & Sound, Chris Stagg is joined by the founder of the upcoming Moon Festival; Livia Filotico. Livia tell us all aaout the amazing and very ambitious Moon Festival, which celebrates all things lunar across history, spirituality, the arts and science with an exciting mix of events across the week beginning Friday 19th July.

Full event detail are available on the moon festival website https://moonfestival.co.uk/ however, please look out for these my top pics!

Festival opening and street party:
FRIDAY19TH JULY | 6PM – 10.30PM
GENERAL GORDON SQUARE, WOOLWICH
FREE, JUST SHOW UP
Music and art, food and science, high vibes and culture all themed around and inspired by the Moon.
A moon themed, free street party bringing together music, art, science, food and good vibes all about loving and celebrating the moon. The event starts at 6pm with a soulful vibe and increases in intensity as the evening progresses culminating in a Carnival performance including drumming, dancing and high vibes. This event is collectively curated by producers from the Night School, Emergency Exit Arts, Rasheeda Page Muir, Woolwich Carnival and Moon Festival. 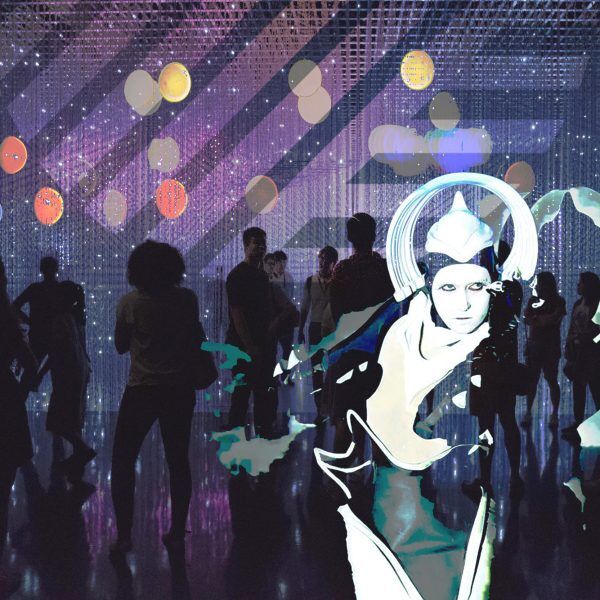 The Moon and its cycles have birthed a dizzying universe of stories in every world culture since the dawn of time. It’s a symbol of wisdom, a bringer of madness, a deity and also a home to deities: moon myth goes from celestial rabbits to shapeshifting maidens, shining palaces all the way to underground cities. Nothing else in culture ever inspired humans as much as the moon has.

Tonight, performance artist and storyteller Laura Sampson and sound artist Sam Enthoven take you on a voyage around the moon and its tales, set to the unique and uncanny sound of the Theremin – an instrument whose music has literally been to the moon and back.

Come to Eye of the Night straight after attending our free, open to all, Moon Street Party. 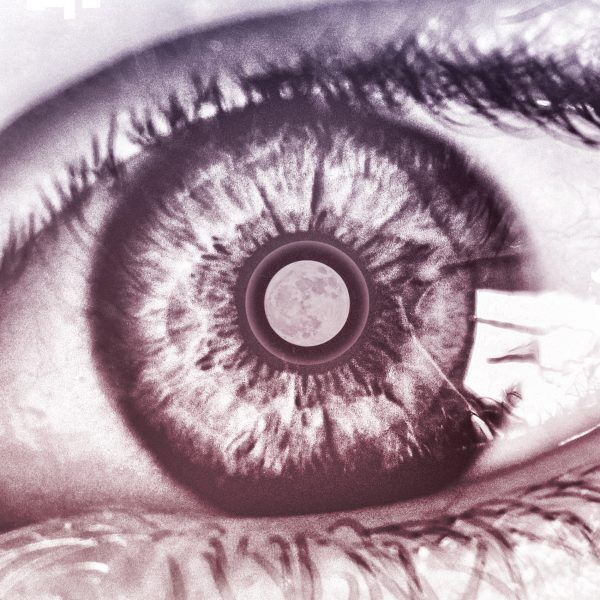 Wicca – the initiatory tradition of it – remains largely hidden, even though it is called ‘the only religion England has given the world’. At its heart is a form of moon worship. Tonight’s speaker gives an inside view on how covens of witches up and down the land go out to perform rites at the full moon in the more remote woodlands, stone circles – and even the parks of London. She examines how witches understand the moon as goddess, how they relate to it, and how it informs their cosmology, along with some of her most memorable adventures in her life as a practising witch.

Christina Oakley Harrington, PhD, FRSA, is a former academic historian who founded the famed Treadwells Bookshop in 2003. A Wiccan priestess of 30 years standing, she writes and lectures on her tradition in addition to her day job at Treadwells, where she is the Director and brand ambassador. 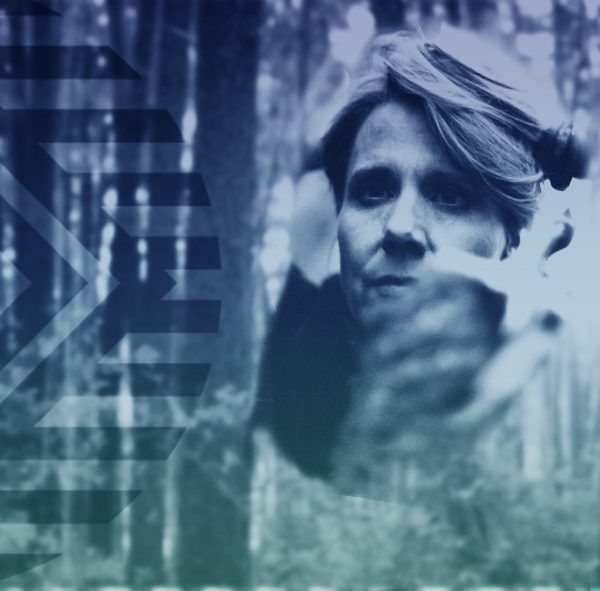 Chris
@cw_stagg
All images used with permission of Livia Filotico 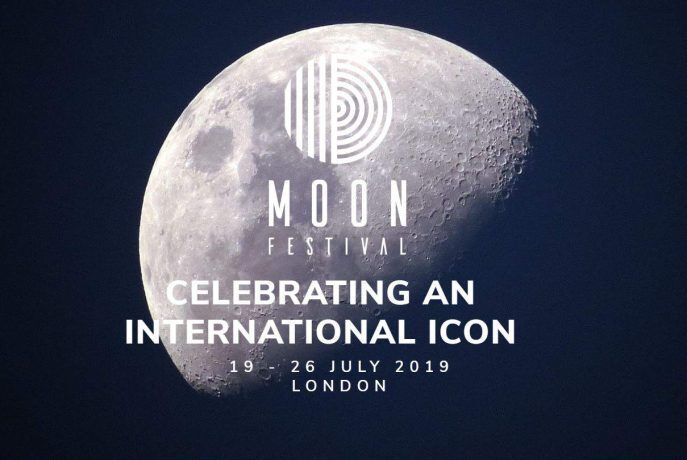 Moon Festival, a week-long cultural extravaganza, makes its debut in the Royal Borough of Greenwich this July with an out-of-this-world programme celebrating our relationship with the Moon.

The festival, hosted in partnership with the Royal Borough of Greenwich, will showcase an eclectic programme of art, music, politics, botany, astronomy and gastronomy – all seen through a lunar lens. Among the Moon-mad personalities appearing are: The Handmaid’s Tale author Margaret Atwood; space scientist, The Sky at Night presenter and self-confessed lunatic Dr Maggie Aderin-Pocock; and London’s Night Czar Amy Lamé.

Moon Festival creator Livia Filotico says she was inspired to produce the event after a vision of Londoners partying in the moonlight. “We come from different cultures, we have different ideals, different politics, but we all know what it feels like to raise our heads and look at a full Moon. The Moon allows us to use the Mayor’s words, remember that in London we don’t simply tolerate each other’s differences, we celebrate them.”

Events being held in honour of this celestial sphere include:

19th – 21st July: Opening night and weekend
The first night will consist of a Street Party (free entry until 10:30pm) and lunar market with Moon-themed music, street art, astronomy, spoken word and food – plus a once-in-a-lifetime art spectacle! Then the Midnight Moon Run (or walk) is a bespoke theatrical all-night tour of Woolwich. For revolutionary thinkers, why not head over to the Maverick Women and The Moon event for a unique discussion with headliner Margaret Atwoood.

Don’t miss Moon in Poetry – a spoken word extravaganza highlighting poetic talent from The Poetry Society’s members and Young Poets Network which will be performed alongside much-loved classic lunar poems. An evening to delve into the myths, histories, and mysteries of the moon, over 400 poems were submitted from across the globe by poets of all ages.

22rd – 25th July
For a cultural journey of lunar discovery, Lunation at Charlton House is a unique exhibition of commissioned portraits displayed alongside personal tales exploring our extraordinary relationships with the moon. Posh Club Late is a special night-time edition of the legendary cult cabaret for elegant elders, presented by Duckie and hosted by Amy Lamé (for over-60s – dress code Posh). Everyone’s welcome at Witches Worshipping the Moon for spellbinding memories and Wiccan history from practising witch and founder of the famed Treadwells Bookshop Christina Oakley Harrington. Or check out Politics and the Moon, a special debate in honour of the 50th anniversary of the Moon Landing: what legal, ethical, political rights do we have over the Moon?

26th July: Closing parties
The festival finishes with a closing party at the Queen’s House with Youth Take Over, a unique party created by young producers. And make time for the Moon Garden where you can bliss out amid magical blooms that only blossom at night.

The aim is to increase local residents’ pride and engagement in where they live, and to position Woolwich as a developing tourism destination. 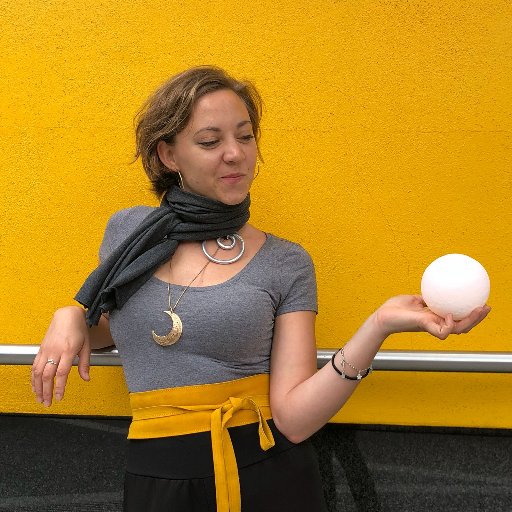 Livia Filotico is Moon Festival’s founder and Director. She is a social anthropologist trained at Goldsmiths University, a creative producer, and a passionate supporter of disruptive forms of communications.