Journey to The Underworld

Written by Chris Stagg in Words and Sound👁 1,752


The East End of London, has a long history of chills and darkness, but this time of year as Halloween approaches offers some extra frights. If you dare visit the abandoned Pedley Street Station, you will be able to take a journey to the depths of the underworld on a haunted train, as Claude and Gordy accompany you on a trip to rescue the lost Sabine from ‘The Dark One.’ 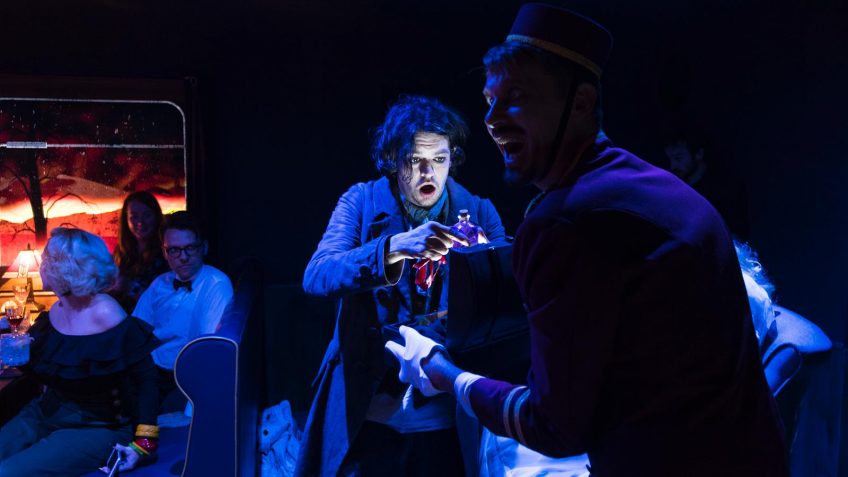 And so the scene is set for Funiculars latest exploration into immersive theater dining; Journey to the Underworld. After the success of their last outing of The Murder Express, Funicular have created an experience that is both fun, frightening and filling in equal measure.

The essence of the story line is we play the role of damned passengers on our way to the underworld, being accompanied conductor Claude and assistant Gordy. As the evening unfolds, we learn of Claude’s lost love Sabine, who has been bewitched by The Dark One. We must now help Claude rescue her, by overcoming the Harbingers, Gatekeeper and The Dark One itself. 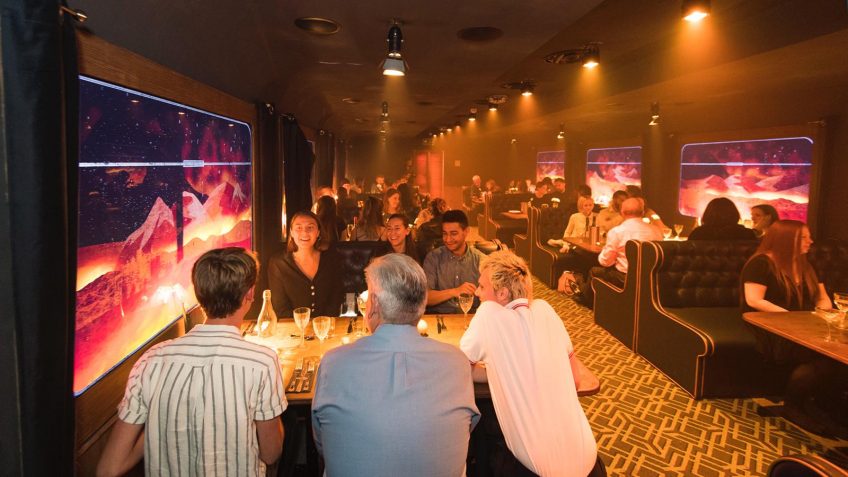 The show then plays out between a sumptuous 4 course meal designed by 2017 Masterchef The Professionals finalist; Louisa Ellis. The food, is out of this world, and is quite honestly one of the best meals I have ever had. The balance of flavours and portion sizes was spot on, and although there is a danger of overuse of ‘foams’, ‘textures’ and ‘reductions’, everything here was included because it complimented the whole. Near perfection and the ticket price is justified by the food alone.

The show pulls out all the stops in its delivery. I have been to many horror experiences, and I am always delighted when I see tricks employed that I am not expecting. There were several used here, that would have been at home in much higher end productions, as after all this is a semi pop up venture that will be replace by another show later in the year. I don’t want to give anything away, but I will say, keep an eye on the windows! The atmosphere hits you as soon as you walk through the door, and they do an amazing job of giving the feeling of being on a moving train. 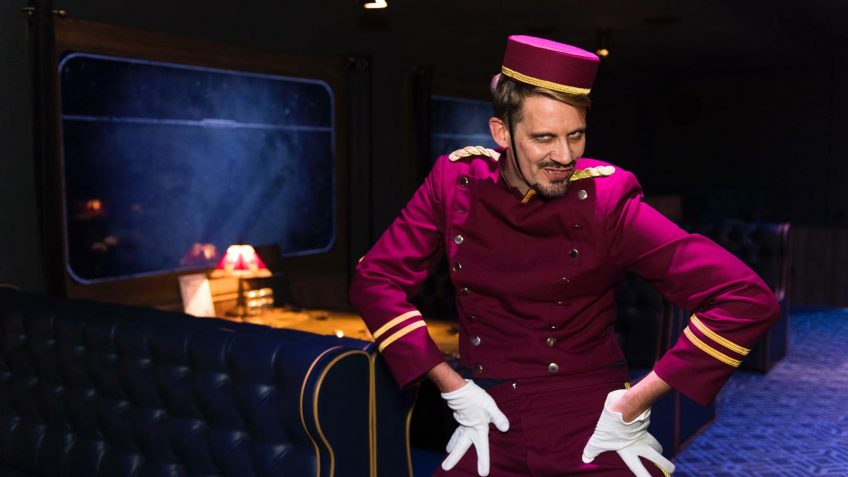 The immersive section of the production is great fun. The show itself is 90 minutes, and within that time they manage to squeeze interaction out of a lot of guests. As an aside, if you don’t like that kind of thing I recommend not having an aisle seat! I was ‘lucky’ enough to be chosen for such interaction, and it makes the bond between this fantasy experience all the stronger if you can get involved. The running time is just right, and live acting is broken up with an extraordinarily well produced animation sequence and even some dark cabaret!

The acting quality was excellent. Applause has to be given to the actors involved, because not only have they got to deliver a traditional play, they have to include the risky audience participation, and serve us dinner too! Claude’s change from bitter and cruel conductor, to eventual hero is masterfully captured by James Hamer-Morton. The star of the show for me however is Charlie Bond, who’s portrayal of the possessed Sabine is genuinely frightening, heartbreaking and even alluring at times, and demonstrates her incredible skill as an actor. Charlie’s career is definitely one to watch. 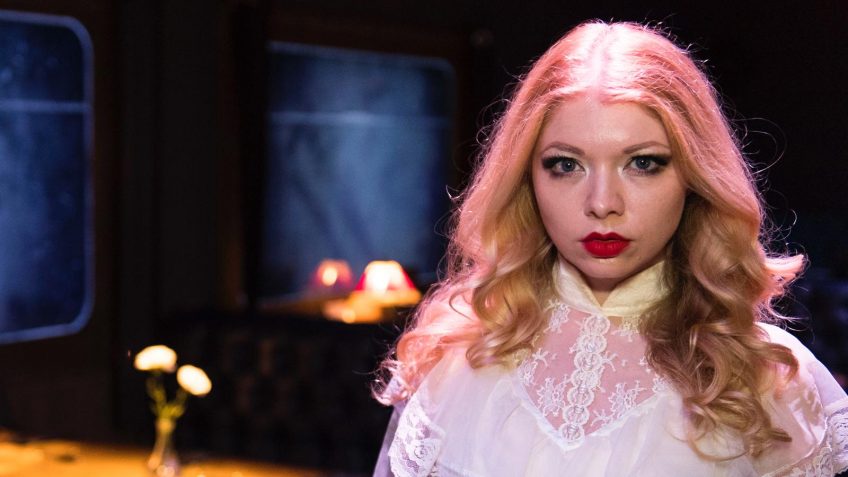 Journey to The Underwood, is a wonderfully fun experience. The balance of jumps is just the right amount that you would want while dining. I had an absolutely brilliant time, and am going to go again before it closes.  The production, the food and the actors are all top notch, and I don’t hesitate in recommend this as a must have experience for Halloween. Don’t miss it!

Journey to The Underworld is running until 10th November

All images used with permission of Funicular Productions. 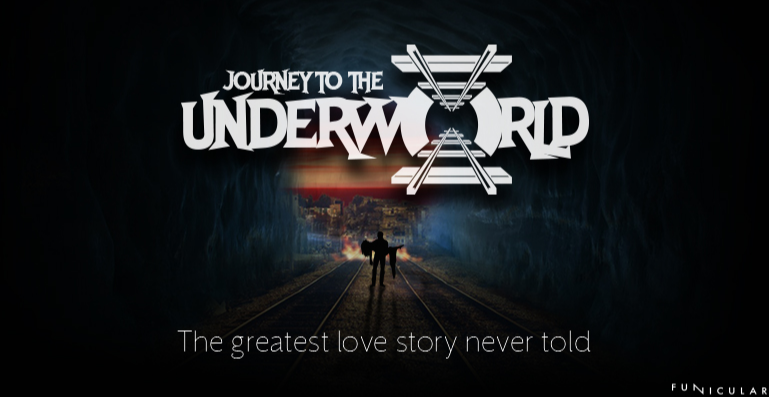