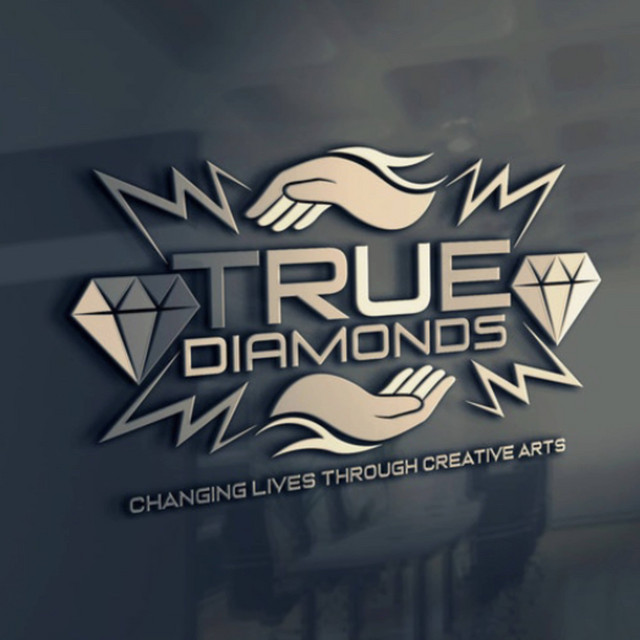 We’ve been playing The Best Gift by True Diamonds on lots of shows over recent days – but what’s the story behind the song and the artist? Read on to find out …

My name is Nikkie B. I live in Milton Keynes with my two boys.

I am a writer and I have always loved music, however I am not a singer. I cannot sing period. In fact, if I went on the X Factor, Simon would definitely tell me I sound like a cat being struggled! Lol…

So how did you come to put out music?

About ten years ago I was going through one of the most challenging times of my life. I was in so much pain emotionally….I literally felt like I was going to die. However one day I heard a voice inside say… “Write!”

I didn’t know what to write about….but I took an envelope from my bag and started writing about how I was feeling.

Half an hour later I looked at what I had written then thought wow….I’ve written a poem, then instantly, I realised that it could also be a song! That was the light bulb moment for me and writing became my escape! Since then I have written several songs under True Diamonds that are available to listen to on all music platforms.

However, as I am not a singer I didn’t know what to do with them. That was until a couple of years ago when I came up with the idea to utilise my music to help homeless people through creative arts. Then as we all know, the pandemic hit and everything had to be put on hold.

I am now trying to raise the money required to get the project up and running. My main aim is to put up a theatre production that will also include homeless people and also help to raise money for homeless charities.

I hope people will like the song and get behind this, cause one thing for sure, it cannot be done without the support of the public.

Which artists did you listen to whilst growing up?

I grew up listening to the likes of Whitney Houston, Luther Vandross and Bob Marley. They definitely ignited my passion for music.

How would you describe your music to someone that has not heard it before?

As a writer, I would say I write soulful percussive songs that speaks to you from the heart about love and the things we face as human beings.

I have written numerous songs and I have tried to use the same singer to sing them which has worked out brilliantly! Some of the songs I have written for the theatre production include: –

….Plus many more which can be found by searching for (True Diamonds) music.

The beauty about this whole experience is that technology has enabled people like myself whom cannot sing but enjoy being creative to be able to put their music out there. I know it is unconventional, however, it is an accomplishment in its own right which I hope will inspire some people.

Which artists do you listen to at the moment and do they inspire you?

To be honest I like listening to the radio so it tends to be various. In terms of inspiration….I always think if I could write some powerful ballads like Adele….I would be over the moon.

I’ll explain. As I’ve already mentioned, I am not a singer. However, I have written a couple of Theatre productions and one of them is a musical. I am inspired by Amanda Holden. Her passion for theatre, her philanthropic work, and the fact that she is a singer and an actress ticks all the boxes in terms of….If there’s one celebrity that i think could connect all the dots and make it happen in order to put up a theatre production….She would be the one.

As I’ve mentioned above, my dream is to put up a Theatre production that will include homeless people and to be able to utilise my writing skills to give back to the community. I have the scripts….I have the songs, I just hope that the public will like the song show their support in order to make it happen.

You can find my music on YouTube and also on Spotify, Soundcloud and other streaming services.

Thank you to everyone reading this and a special thanks to Phoenix FM for giving me the opportunity to share my songs and my dreams.