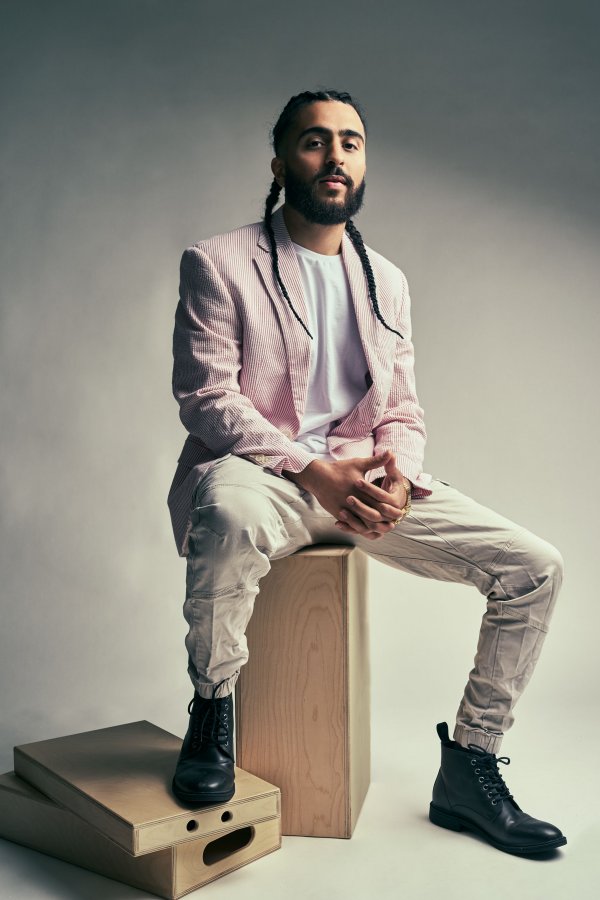 I was born in Iraq and raised in New Zealand, just another regular person trying to navigate through life!

I’ve always been an entertainer, earliest memory would be when I was 4 years old I would sit my family, uncles, aunts and cousins in the lounge and I would walk out the corridor and start singing songs pretending to be the artist I’m impersonating. We moved to NZ when I was 5 and that’s when I heard Michael Jackson and I was intrigued! Then when I was 8 I heard Forget About Dre and that’s when I fell in love with Hip Hip after hearing that instrumental then it got Eminem’s verse and I knew right then and there I wanted to make music and rap!

To be honest I grew up listening to (and still do) anybody that made good music, wasn’t just one genre, anything that caught my ears I’d listen to it from Bee Gees to 50 Cent, I appreciate all genres.

I’d describe my music as – whatever you need I got it, ha ha! From summer vibes getting ready to go to the beach, to being in love, to going to the gym getting hype before a lift, a whole range of emotions!

I’ve released 7 self produced songs prior to my EP Eclectic which is produced by Legendary Hip Hop Producer Ty Fyffe who has produced Jay-Z, 50 Cent, DMX, G Eazy etc. So it would mean a lot if you were to check those out on my Spotify!

I’ve been listening to a lot of chillhop music lately, something soothing and it’s inspiring me to want to release a chillhop album, actually already planning on what the next project is going to be!

I want to make music with all the Legends, no one in particular but would love to work with a female artist like Elle Mai, Summer Walker or Snoh Aalegra to make a record like Ja Rule and Ashanti.

I want to tour the world, even if it’s playing small gigs, would be cool to travel and meet people from all over, connect, make memories.

As well as Spotify you can also find me on Instagram @donzma.