Written by Chris Stagg in Words and Sound👁 1,874


Chris Stagg presents Words & Sound, the arts and culture podcast on Phoenix FM. In episode 7 of Words & Sound, my special guests are actor, writer and gothic legend David Pinner and actor, producer Sarah Lawrie. David and Sarah tell us all about their brand new production, the World premier stage adaptation of David’s novel Edred the Vampyre, which is being performed at The Old Red Lion as part of this Autumns London Horror Festival. David also tells us about his acting career and how a lunch meeting with Christopher Lee led to his novel Ritual being the basis for Folk Horror masterpiece; The Wicker Man. Sarah talks to us about her current collaboration with Rula Lenska bringing Rula’s mothers fascinating life story to the stage and also Sarah tells us about her upcoming mini tour of Oranges and Ink with Claire Louise Amias.

Songs played in this episode:
Stravinsky – Rite of Spring
Henry Hall – Teddy Bears Picnic
Mussorgsky – Night On A Bare Mountain
The Divine Comedy – Something for the Weekend

EDRED THE VAMPYRE
From David Pinner, the prolific and celebrated author of RITUAL, the novel that inspired the great Gothic cult movie, THE WICKER MAN, comes EDRED, THE VAMPYRE, which receives its world premiere at The London Horror Festival.
Edred is a thousand-year-old bisexual Anglo-Saxon vampire, who slept with Shakespeare but never bit him. Breaking all of Bram Stoker’s vampire laws, Edred loves garlic and crucifixes, and resides in a village church where he is one day confronted by two vampire-hunting gap year students, who help him to explore a millennium of world history.
Yet the surface action belies the true realities of the situation. As Pinner says: ‘Things are rarely what they seem’, and here nothing is.
Combining ironic humour with mystery, suspense and insidious menace, EDRED, THE VAMPYRE is by turns startling, haunting, and revelatory.

The Campaign
The team behind Edred The Vampyre are raising £4,000 to mount David Pinner’s latest contribution to the Gothic world and are committed to supporting the entire creative and technical teams and to creating a landmark piece of theatre; for this, they need your help!

Some of the crowdfund perks:

Personally signed books and memorabilia from David’s back catalogue, including RITUAL, the novel that inspired THE WICKER MAN
Invitations to numerous events, including the V.I.P. launch party, a night of readings, and the chance to dine or Skype with David.
And not to mention boundless gratitude in their programme and on social media, by means of a specially commissioned virtual vampire bite GIF!

The Impact
By investing in the world premiere of EDRED, THE VAMPYRE at the Old Red Lion, you will be part of contemporary horror history; fifty years since RITUAL inspired one of the greatest cult classics in British cinema.

With your help, they will create a great leap forward in the Gothic world of theatre and cinema. On the back of the inaugural run at The Old Red Lion this Hallowe’en, They intend to tour the show internationally, bringing David Pinner’s work to an even wider modern audience.

Further down the line, EDRED, THE VAMPYRE: THE MOVIE may become a reality!

DAVID PINNER
Before David Pinner became a full-time writer, he was trained at R.A.D.A., and he has acted in many stage and television plays.

He has had several plays produced in London, including FANGHORN, starring Glenda Jackson, at the Fortune Theatre, LUCIFER’S FAIR, Arts Theatre, THE POTSDAM QUARTET, with Clive Swift, at the Lyric, Hammersmith, and at the Jermyn Street Theatre in 2013, THE LAST ENGLISHMAN, with Kate O’Mara, at the Orange Tree, Richmond; SINS OF THE MOTHER, Grace Theatre; LENIN IN LOVE, with James Faulkner, New End Theatre, Hampstead and OH, TO BE IN ENGLAND, Finborough Theatre.

His other produced plays include THE TEDDY BEARS’ PICNIC, with Philip Madoc as Stalin and SKIN DEEP at Chester Gateway; DICKON with Joseph O’Connor, Queens Theatre, Hornchurch; THE DRUMS OF SNOW and LIGHTNING AT A FUNERAL, both at Stanford Theatre, California; HEREWARD THE WAKE, Key Theatre, Peterborough; SCREWBALL, Theatre Royal, Plymouth; REVELATIONS, Grinnell, Iowa, USA; ALL HALLOWS’ EVE, Hong Kong Academy of Performing Arts; MIDSUMMER, Brehmer Theatre, New York.
His screenplays on television; THE POTSDAM QUARTET, BBC; THE SEA HORSE and THE VERDICT IS YOURS, Granada; JULIET AND ROMEO, Sud Deutscher Rundfunk.

His plays broadcast on BBC radio; DICKON; LIGHTFALL; RICHELIEU; THE LAST ENGLISHMAN; TALLEYRAND, PRINCE OF TRAITORS; THE EX-PATRIOT; KEIR HARDIE and FANGS AINT WOT THEY USED TO BE.
The sequel to his cult novel, RITUAL is THE WICCA WOMAN, published by Endeavour.
His other novels; WITH MY BODY (Weidenfeld and Nicholson) and THERE’LL ALWAYS BE AN ENGLAND (Anthony Blonde).

SARAH LAWRIE
Producer Sarah Lawrie began mounting her own work as a performer in 2013 and has worked consistently as a producer alongside her acting career ever since. She is a founding member and lead producer of And Tomorrow Theatre Company, whose inaugural production, DEATH OF A HUNTER, premiered at the Finborough Theatre in April 2018 and transferred to The Other Place at this year’s Brighton Fringe Festival. She is delighted to be back at The London Horror Festival having performed in Burn Bright Theatre’s production of FRANKENSTEIN at the The Old Red Lion last October.

She has mounted three showcases of her own work as a performer: MY ROMANTIC HISTORY (Old Red Lion), TREE HOUSE (Brewhouse Theatre Taunton and touring) and MADAME BOVARY (Hope Theatre), for which she mounted a successful crowdfund.

Co-producing credits include: THE MARVELLOUS ADVENTURES OF MARY SEACOLE at the Edinburgh Fringe in 2016, DAMAGED GOODS at The King’s Head, as part of PlayMill 2018 and ORANGES & INK which enjoyed a sell-out two week run at The Tristan Bates Theatre in March, transferring to Islington’s HEN & CHICKENS in May.

Sarah is also co-creator and producer of Rula Lenska’s new one woman show FROM DZIKOW TO WILLESDEN GREEN.

Sarah studied Social & Political Sciences at Cambridge University before training to be an actress, working extensively in theatre to date, most recently playing Nell Gwyn in Claire Louise Amias’ ORANGES & INK which enjoyed a sell out run at The Tristan Bates Theatre in April and will tour this autumn, playing the New Wimbledon Theatre Studio on 27th October. 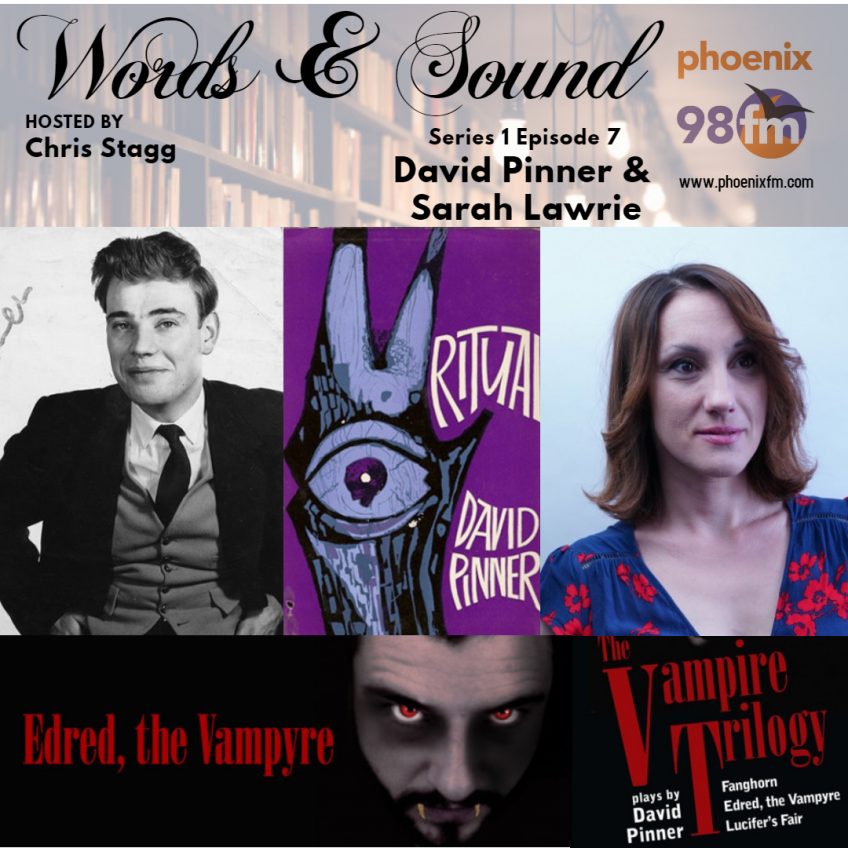