Written by Chris Hood in The Orient Hour👁 1,577 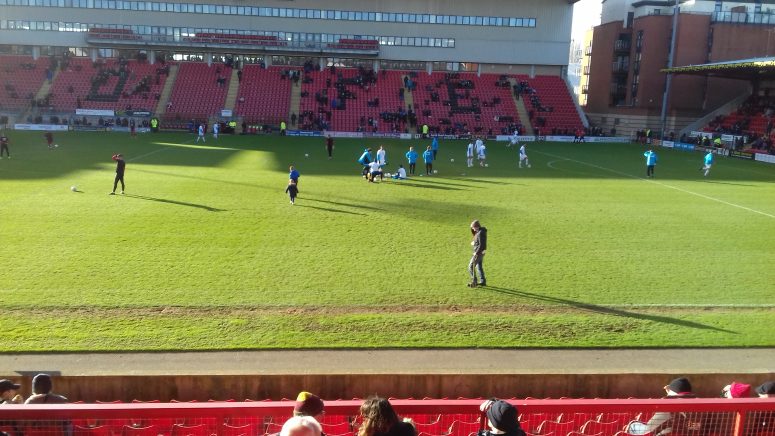 League action is put aside this Saturday as Orient travel to National League promotion rivals Wrexham in the FA Trophy 2nd Round (kick off 3pm).

Both sides may be glad of the change of scenery having had difficult Christmases, each taking seven points from the last 18 available.  The O’s will be looking to bounce back from an extremely disappointing showing at home to Salford City last time out, where they lost 3-0, going two down in the first eight minutes.  Wrexham, meanwhile, will be trying to pick up their first win of 2019, losing all three matches this year, all without scoring a single goal, including a 2-0 defeat at Bromley on Tuesday night, The Red Dragons wasting their game in hand on Orient.

Despite this, The O’s are top of The National League, two points clear of Salford in 2nd, and Wrexham are still not out of it, two points further back in 4th.

Looking at cup form, both sides kept clean sheets in Round 1, Wrexham beating Boston United 3-0, while Orient overcame Beaconsfield Town 4-0 at Brisbane Road.  The win extended The Red Dragon’s run in cup competitions this season to five clean sheets in six Trophy and FA Cup games, the hosts finally losing out to Newport County in an FA Cup 2nd Round replay, the victors going on to shock Leicester City last weekend.  Orient have less of a cup pedigree this season, losing out 2-0 at Maidstone in the FA Cup 4th Qualifying Round.

The O’s boast an away league record of seven wins, five draws and only two losses this season, but are without an away win since beating the hosts 2-0 on 24th November, losing two and drawing one of the next three.  Wrexham have won 10, drawn three and lost only two of their home league games this season, but one of those two losses came to Dover in the last match at The Racecourse.

The two sides share the honour of topping the defence table, both only letting in 20 in 29 league games, but the difference between the two comes in goals scored, as Orient sit 3rd with 49 in 29, Macauley Bonne scoring 18, Wrexham 11th with only 36 in the same number of matches.

The two sides went head to head at The Racecourse on 24th November, Orient winning 2-0 thanks to late goals from Macauley Bonne and James Brophy.

Wrexham have yet to beat The O’s since the E10 club dropped into the National League last season, and the overall record sees Orient with 24 wins in 35 fixtures.

Orient were hit with the news this week that influential central defender Josh Coulson is set to be out for several weeks with a hamstring injury sustained against Salford.  The 29 year old has started every league game so far this season.  He joins James Dayton on the treatment table, the winger recovering from a cartilage tear in his knee.

Jordan Maguire-Drew signed for The O’s last week, having played on loan at Wrexham earlier this season. The winger made a substitute appearance against Salford, but could make his full debut at The Racecourse.

Graham Barrow has been suffering a little bit of a defensive headache with Doug Tharme and Manny Smith out injured, but the signing of central defender Kieran Kennedy this week will help, the former National League champ awaiting international clearance when his deal was confirmed on Thursday.

Up front, The Red Dragons have recently recruited Cole Stockton on loan from Tranmere, Jason Oswell on a permanent deal from Morecambe, plus Bobby Grant’s loan has now been made permanent.

As for the teams on the day, it’s difficult to predict with both managers expected to make changes.

Other 2nd Round Fixtures (all Saturday at 3pm)