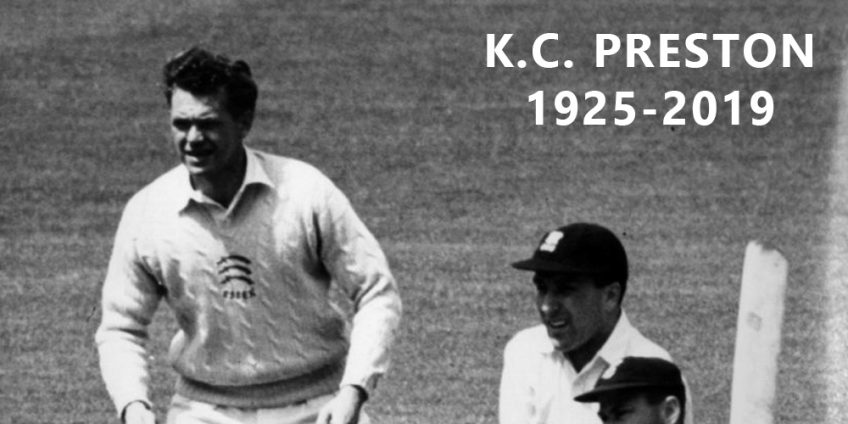 He injected pace into the Essex bowling attack straight away, but whilst playing football in the winter of 1948, Ken suffered a broken leg and subsequently missed the entire 1949 season.

Following his return to cricket, Ken bowled at a brisk fast-medium pace, but was still lethal with the ball. He took 1,160 first-class wickets for Essex in a career which spanned 17 years and lasted until 1964.

As well as being a superb bowler, Ken was also an entertaining tail-end batsman and an outstanding slip fielder, taking 350 catches during his career.

“I had watched and admired him for many years, and as Captain of Brentwood School, it was a privilege to play under his guidance.

“I will always be grateful to him for his support throughout my career.”

Ken was still a regular attendee at The Cloudfm County Ground, especially for the annual President’s Day.

At the time of his death, Ken was the Club’s oldest former player, aged 93. He was a favourite with the Essex supporters and will be remembered as an exceptional player and a great servant to the Club.