Written by Chris Hood in The Orient Hour👁 2,177 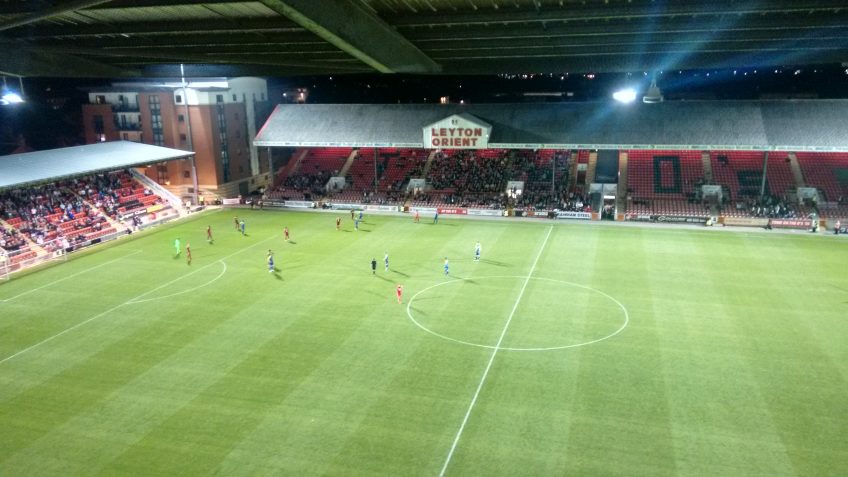 Orient are back in action on Saturday as they travel to Boreham Wood for a 12:35pm kickoff in the National League, with the cameras on them for the first time since the opening game of the season.

It’s no surprise TV is in town as the O’s currently lead the division with 50 points gained from the first 23 games, a point clear of Salford City in 2nd, Orient’s opponents on the opening day.  The O’s are on a great run, undefeated in their last nine league games and winning four of the last six in the division, including clean sheets in all of the previous three. This included a hard fought 2-0 win at home to playoff chasing Gateshead last weekend, as Josh Koroma and Macauley Bonne scored second half goals to keep Salford at bay, before an Orient XI made it through to the Quarter-Finals of the London Senior Cup with a 2-1 victory at Haringey Borough on Monday night.

The O’s have only lost one league game this season, and are undefeated on the road with seven wins and four draws, the last away game in the division seeing a momentous 2-0 victory against Wrexham at The Racecourse, so Orient should feel confident making the trip, especially with a large following from E10 expected to outnumber the home fans.

The O’s record at both ends of the pitch should also be cause for optimism as the away side have scored 44 goals in their 23 league games this season, 3rd behind only Salford and Harrogate and have conceded a league low 13, with 11 clean sheets.  This is significantly better than the hosts who have conceded 25 in 22 league games (joint 8th) and scored just 23 (joint 16th).  This is no better illustrated than Boreham Wood’s goal difference of -2 compared to Orient’s league leading +31.

In terms of goalscorers, Orient’s Macauley Bonne is the man to watch with 17, joint top of the National League alongside Salford’s Adam Rooney, but the hosts will also be keeping an eye on Josh Koroma, who currently has an eye for the spectacular.

Boreham Wood sit 11th coming into the match, 22 points behind Orient with a game in hand, and eight points off the playoffs.   They are winless in their last five league games, losing the last two, their previous match a 1-0 home loss to Dover on Tuesday 27th November, but come into this fixture having picked up a win in the Herts County Cup on Monday, defeating St Margaretsbury 5-1. The Wood boast a home league record of five wins, four draws and two losses, emblematic of their mid-table status.

Perhaps the Hertfordshire side are suffering a little bit of a hangover from last season when they finished 4th, 15 points clear of the O’s, and went all the way to Wembley only to lose out to Tranmere, despite playing the majority of the game with a man advantage.

The two sides met at The Breyer Group Stadium in August as Orient took all three points in a 1-0 win thanks to Macauley Bonne’s second half strike.

Last season, Boreham Wood were undefeated against the O’s as they won the game at Meadow Park 2-0 in September, the goals coming from Danny Woodards and Keiran Murtagh, before a stalemate in the reverse in January.

Myles Judd missed out against Gateshead on Saturday with a hamstring injury so may be a doubt, with Sam Ling playing the game at Brisbane Road in his place.  Charlie Lee may be available for this fixture, having returned to training in the build up to Gateshead.  Young goalkeeper Arthur Janata has deputised on the bench in the last few games with Sam Sargeant and Charlie Grainger out with injury.

Luke Garrard has no major injury concerns for the hosts.

Around the League on Saturday (all 3pm)