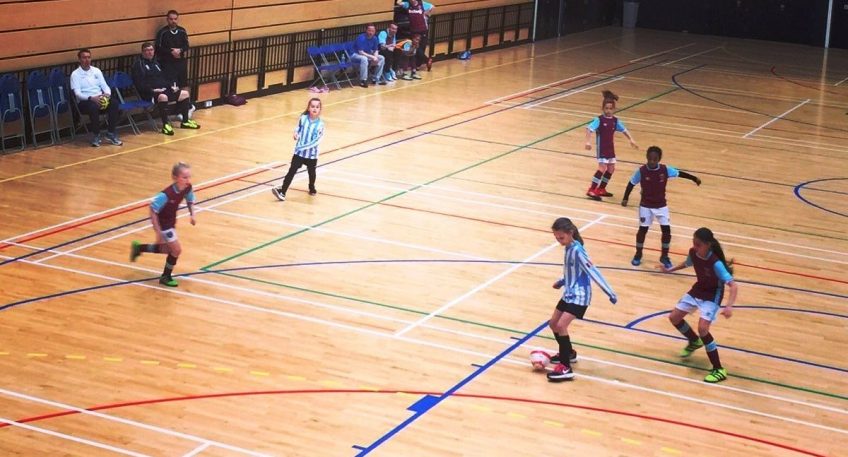 Entries are now open for male and female Under 10s to 16s teams from across Essex to take part in the popular Club Futsal Qualifiers between January and March, with an enhanced number of events now taking place to enable greater participation.

They offer players the opportunity to play small-sided football in a competitive environment and test themselves against other teams from across the county, an area of development which grows season after season. The competition structure this year will see each Group Area hosting a qualifying round for Under 10s, 12s, 14s and 16s Boys and Mixed Futsal and football teams.

Futsal is a five-a-side game, normally played on a flat, indoor pitch with hockey-sized goals and a size four ball with a reduced bounce. Although Futsal is very much a game in its own right, there are also a number of benefits for football by encouraging young people to play Futsal as part of a balanced training programme, improving their overall technical development.

Qualifiers were introduced four seasons ago due to the popularity and interest in the game. A winner and runner-up (depending on the age group) can secure a place in the final which, this year, is being held at the new sports arena at the University of Essex. This will involve playing the winners from the other Group Area qualifiers.

The female competition sees teams from Under 10s, 12s, 14s and 16s coming together at a central venue, with the winner to be determined on the day.

Winners from each age group then go on to a regional competition in March and, if they progress, will proceed to the National Semi-Finals on 13th and 14th April. The National Finals are booked for St George’s Park from 2nd to 6th May.

The qualifiers are always exceptionally popular, and the Essex County FA’s Danielle Warnes has explained that there were “over 1,300 players taking part in the qualifying rounds from both schools and grassroots clubs last year. Due to their popularity we’re hosting 32 events this time, enabling a greater amount of participation in Futsal, which can only be seen as a positive.”

“This increase has also been a result of the restructuring of the competition. The FA have partnered-up with the English Schools FA and the Independent Schools FA and created a new, separate pathway for educational establishments from county level all the way through to finals.”

“The restructure has also come with a change of age groups which now includes Under 13s and 15s Boys and Girls schools teams. In addition, the competition structure for grassroots and Futsal teams has opened up to enable Under 10s all the way through to 16s boys and girls to enter.”

To find out more about Futsal, or to book a team place in the qualifiers, visit www.essexfa.com.