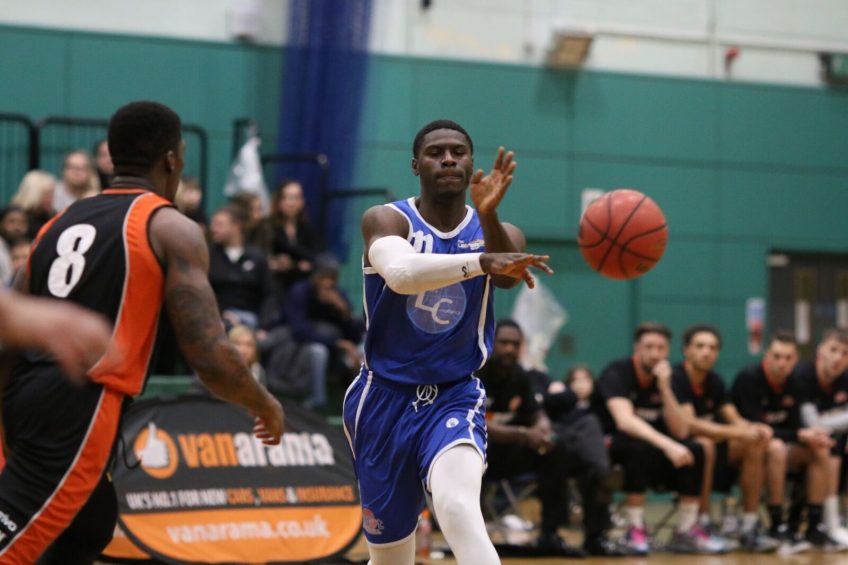 LEOPARDS’ coach Thomas Baker remained positive despite seeing his side recording contrasting defeats over the weekend.

The Big Cats were on the wrong end of a 101-60 battering at league leaders Solent Kestrels on Saturday before going out of the National Trophy with an agonising 95-94 loss at Hemel Storm the following day.

“It was a tough weekend for us as a team” admitted Baker. “It was probably our worst performance of the season against Solent on Saturday, not just because of the result but in the manner in which it came, followed by one of the most competitive performances we have had the next day against Hemel.

“As we have done all season, we responded well last night [Sunday] following from Saturday’s performance and we competed hard, had great energy and played well as a team.

“Unfortunately there were moments of lapses which Hemel punished, which has brought our Trophy run to an end.

“We will have to move on quickly as games are coming thick and fast for us, we have double headers for the next two weekends and it is crucial we start to pick up wins as soon as possible to improve our league record.

“As heart-breaking as it is to lose by a point and be a position to win the game with little time remaining on the clock, I am proud of our performance…with a few minor adjustments I am confident the results will come.” 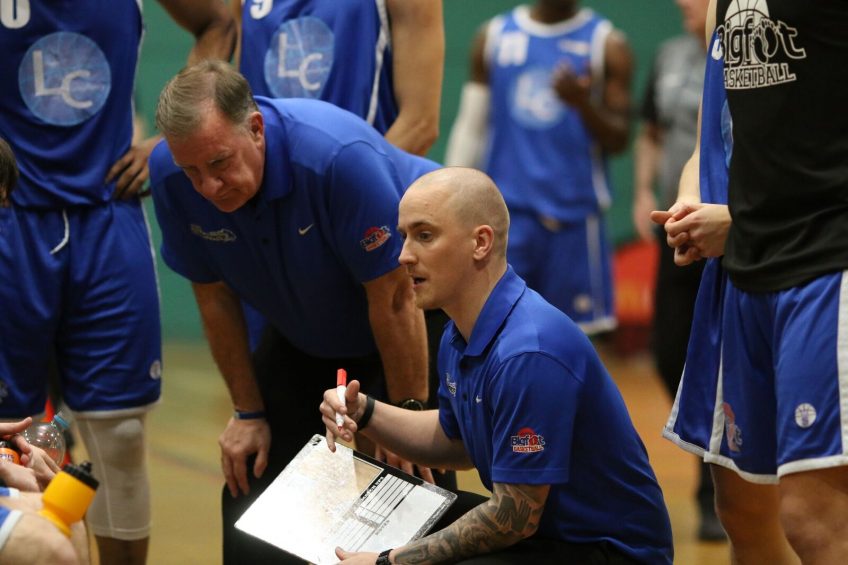 Sunday’s loss at Hemel came in agonising fashion as American forward Asante Sandiford failed to connect on a pair of free-throws with just 0.6 seconds remaining before missing the tip-in on the buzzer.

Sandiford had led the Big Cats with 37 points and 12 rebounds in a high-scoring game which saw the lead repeatedly change hands.

Leopards led 29-25 at the first break and increased that margin to 57-51 at the half-time break, but a poor start to the second half saw Hemel take control, and they went into the final break 77-76 ahead,

The teams were tied at 93 with a minute left before Lee Hodges converted a lay-up off Luke Mascall-Wright’s lay-up, only to Levi Noel’s trey put his side ahead with 32 seconds on the clock.

Both sides missed before Sandiford was left with the ball in his hands and seven seconds on the clock. He drove to the basket and was fouled by Leome Francis, but with the home fans in full voice he missed both foul shorts to send Leopards out of the Trophy. 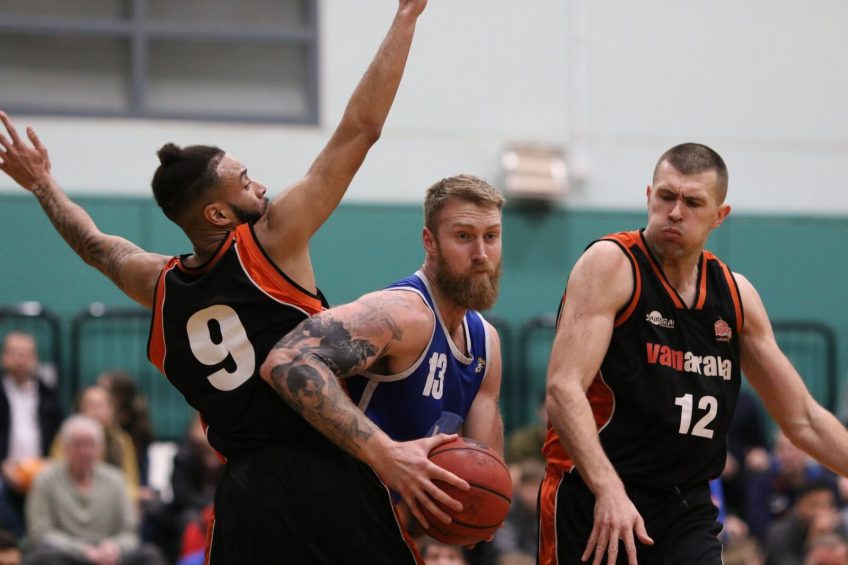 The previous day’s loss at Solent is probably best forgotten as apart from an early lead, following baskets from Mascall-Wright and Hodges, the home side dominated throughout as they increased their stranglehold at the top of the league table.

Hodges finished with another double-double, adding 15 boards to his 11 points, while Mascall-Wright and Findlay Wood also added 11 points each. Duru and Sandiford finished with nine apiece, although the latter fouled out after 21 minutes of action.

This weekend sees Leopards looking for revenge as they travel to Barking Abbey on Saturday before hosting Loughborough Riders at Colchester on Sunday (5pm).