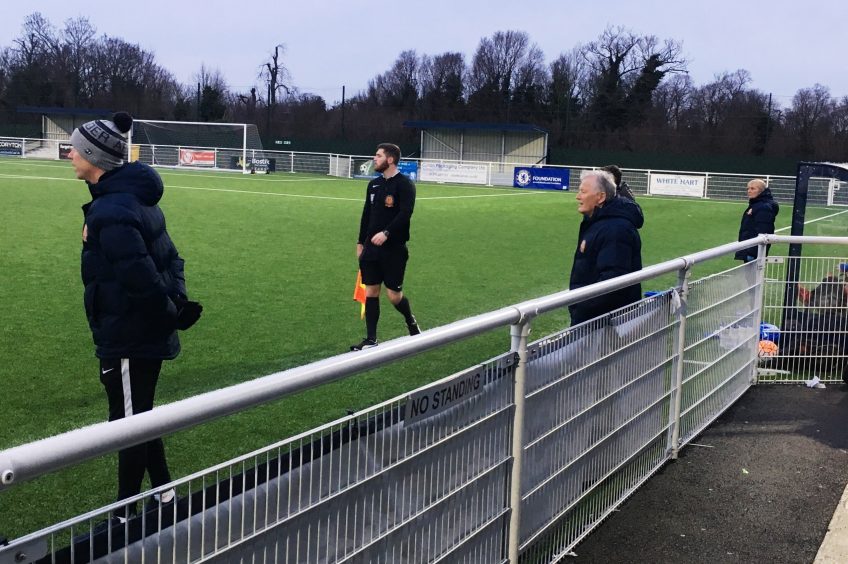 Essex Under 16s and the Amateur Football Alliance enjoyed a share of the spoils following an entertaining 2-2 draw at Aveley FC’s Parkside stadium.

Tommy Ainsworth had given Essex an 8th-minute lead but the Alliance then led through two quick-fire second-half goals from Tomiwa Oni prior to Henry Paul heading in a fine leveller for the hosts.

The point leaves Essex with four points from their three fixtures played, sitting behind just Kent and competition holders the AFA in the standings with two fixtures remaining. Middlesex visit Parkside in January ahead of a clash with Sussex in Lancing in mid-March.

It was a good move which brought Essex’s early opener as Josh Ambrose teed-up Ainsworth, who finished well into the bottom right-hand corner. In a quick start to the game, the AFA’s Oni was played through on goal, but was denied by a fine block from Essex goalkeeper Thomas Ballard.

Ballard then made another save to keep out Horn-Hayes before inadvertently handling the ball outside the penalty area. Horn-Hayes struck the resulting free kick just wide.

Late in the half, goalscorer Ainsworth saw a shot blocked and Billy Harrison’s rebound brought a good save from AFA ‘keeper Ricardo Pacheco, with the visiting stopper doing well again in first-half added time to claw away a header from Essex’s Jack Glennister.

Shortly after the interval, the AFA’s Aden Brazil burst through on goal and drilled over the top, but his side found themselves on even terms on 52 minutes. Horn-Hayes’ shot was deflected into the path of Oni, who finished well with a low shot.

Just four minutes later, the AFA had turned the contest around. An excellent Michael Zuckowski shot cannoned off the top of the far post and Oni picked-up the loose ball, lashing into the bottom corner with aplomb.

The visitors only led for eight minutes, though, with Essex levelling the game again on 64 minutes. Glennister’s dead ball was headed down into the ground and up into the roof of the net by Paul. Late chances to win the game then went to the home side.

Bradley Green zipped a shot just wide along the floor and a quick breakaway from an AFA corner saw George Hatcher’s angled drive well saved before Josh Ambrose turned and fired just wide inside the box in stoppage time. In the end, Essex had to be content with a point from a well-fought contest.