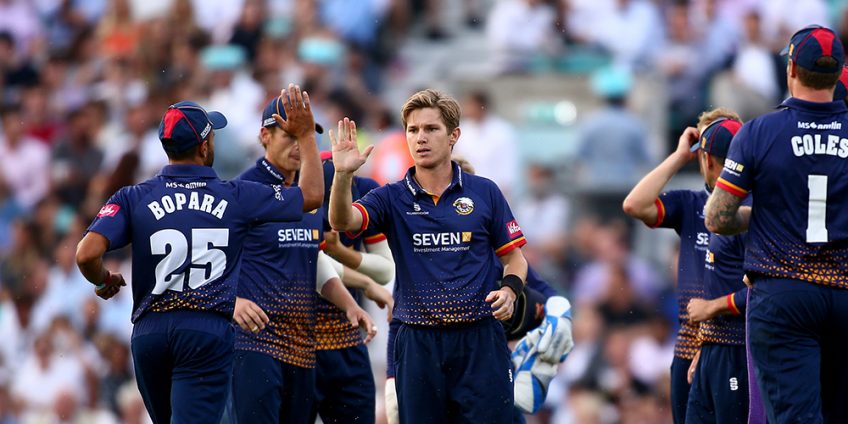 Essex County Cricket Club have announced that Australian international leg-spinner, Adam Zampa, has re-signed with the Club for the 2019 Vitality Blast, including any potential matches in the later knockout stages of the competition.

The 26-year-old was the leading wicket-taker for the Eagles during the 2018 campaign, taking 12 wickets at an average of 20.75.

The Australian becomes Essex’s second signing this week, after Cameron Delport joined for the 2019 and 2020 Vitality Blast campaigns on benefitting from his UK Ancestry visa.

Zampa is a regular in Australia’s ODI and T20 sides and has represented franchises around the world such as Melbourne Stars in the Big Bash and Rising Pune Supergiants in the Indian Premier League.

Zampa is excited about returning to The Cloudfm County Ground and said: “I’m looking forward to getting back to Chelmsford and playing in front of that great crowd again.

“We didn’t perform to the levels we were capable of last year and that’s something we all want to put right. The Club and the fans deserve a good campaign and that’s what we’ll aim to deliver.”

Head Coach Anthony McGrath is also thrilled to see Zampa return and said: “We saw how talented Zamps is with the ball last year and he’s one of the best leg-spinners around at the moment.

“He was excellent for us last season and he’s a great lad to have around the changing room, so we’re thrilled he’s going to be back with us from July.”