Written by Chris Hood in The Orient Hour👁 1,029 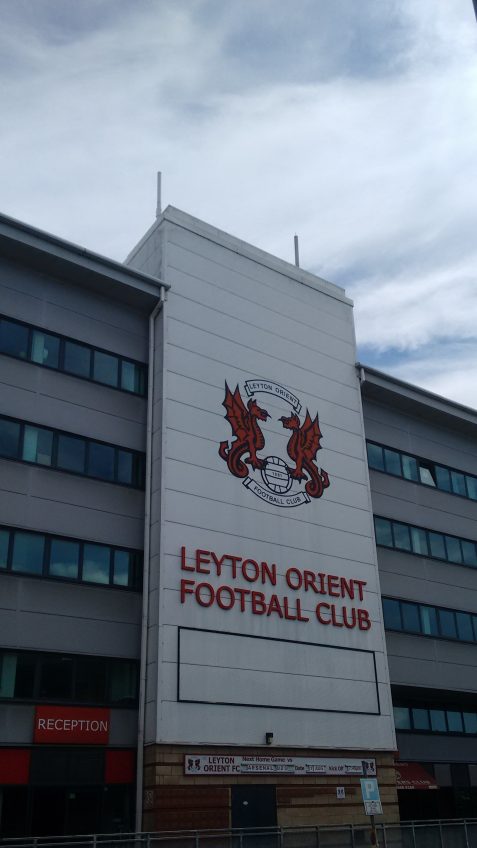 Orient face their second home league match in a week as they welcome Gateshead to The Breyer Group Stadium on Saturday afternoon (kick-off 3pm).

The O’s drew 0-0 with Aldershot on Tuesday night in what was a lethargic performance for Justin Edinburgh’s men, perhaps brought on by the exertions of Saturday’s massive victory at Wrexham.  Both teams had good chances to score, with The Shots’ no doubt the happier of the two sides as they returned home with a point.  Despite many feeling as though Orient had dropped two on their home patch, the E10 side remain top of the National League table with 47 points from 22 games, a point clear of Salford in 2nd.  The result also served to extend Orient’s unbeaten league run to eight, with four wins and a two draws in the last six.

November was a good month for the O’s with three wins and a draw, including vital wins at promotion rivals Fylde and Wrexham, and Thursday marked one year in charge for Edinburgh with his record reading P52 W27 D15 L10, a win percentage of 52% – a massive turnaround from the long winless run that he took over from, with his team sitting 20th.

Orient’s only league defeat this season came at Brisbane Road as they lost out 1-0 to Sutton United, and the return of the day’s referee Chris Brook to E10 may lead to some fans avoiding ladders at least until teatime. However, that is the only blemish on a home league record of 11 games with six wins and four draws.

The hosts have been deadly at both ends of the pitch, with 42 goals in 22 league games so far (3rd in the division behind Salford and Harrogate), conceding only 13 (1st in the division), with 10 clean sheets.  The two figures combined give Orient the best goal difference in the National League with +29.

As for opponents Gateshead, they occupy the final playoff place in 7th, 11 points behind Orient, but with a game in hand after Tuesday night’s match at home to Solihull was earlier rearranged due to the visitors’ FA Cup commitments on Friday night.  The Heed were in action last Saturday, scoring a 2-1 league victory at Barnet to move their away league record to 11 games, with six wins and a draw.  Gateshead have won three of their last six in the league, with one draw and boast a good defensive record of 18 conceded in 21 league games, scoring 27.

Orient reach the halfway stage of their National League campaign Saturday, will they still be top of the league after 23 matches?

Well, where do we begin? Saturday will be the sixth game between the two sides over the past two seasons, the previous five seeing 19 goals scored – Gateshead edging that record 10-9.

Earlier this season, on 25th August, Orient fought from a goal and a man down at The International Stadium to draw 1-1 as Marvin Ekpiteta scored an 89th minute equaliser.

Last season, Gateshead won the league game at Brisbane Road 2-0 before two ding-dong FA Trophy battles, The Heed coming from 3-0 down to force a replay in E10, before winning the return 3-2.  The O’s were able to gain a measure of revenge with a 3-1 away victory in the last game of the season.

Orient have a near clean bill of health with Craig Clay recovering from the injury that saw him substituted at half-time against Aldershot and Sam Ling and Charlie Lee recently returning to training.  However, the game may come too soon for the latter two with Boreham Wood in a week’s time a better bet.  There could be further changes for the O’s though with Justin Edinburgh saying that Tuesday’s match looked a game too far for some of his players.

As for Gateshead, they have a few minor knocks, but boss Steve Watson has no major injury worries.

Around the League on Saturday (all 3pm)