We’ve been playlisting the latest track from Bruno Pignatiello here on Phoenix FM over the last week or so – you’ve probably heard it playing out on various shows. But who is Bruno? We caught up with him to find out more … 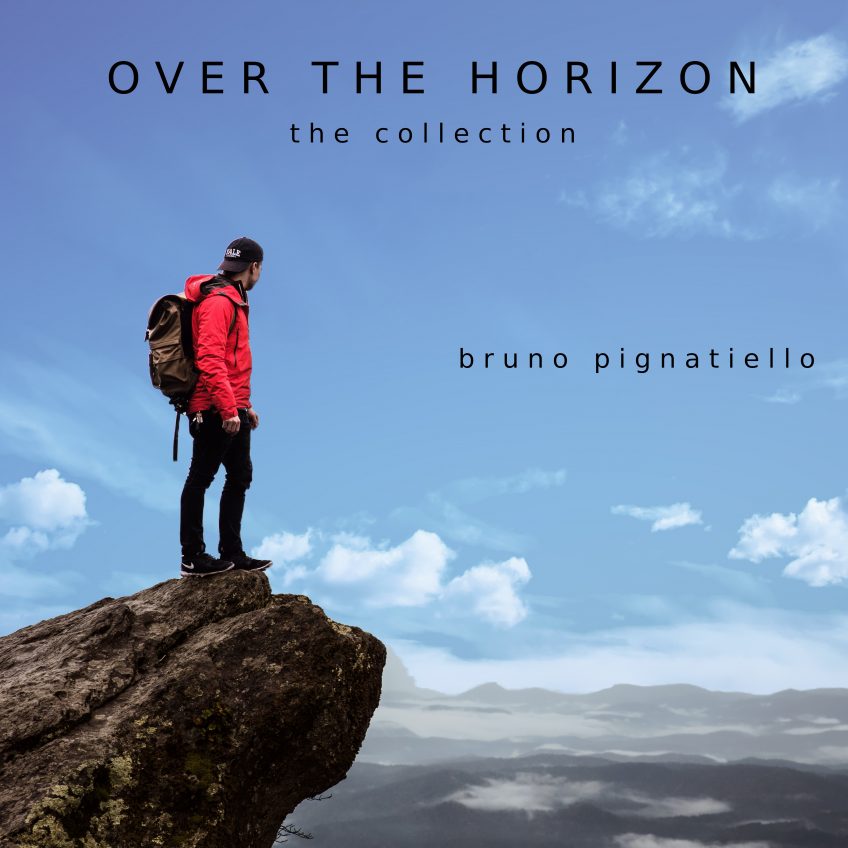 My name is Bruno Pignatiello and I am an Italian singer and songwriter from Rome.

I developed my passion for music during my high school years.

I grew up with the music of some bands of the seventies such as Emerson Lake & Palmer, Genesis and Pink Floyd; later, in the eighties, I started listening to bands like Duran Duran and rockers like Bryan Adams.

Moreover, in the years of my youth I always loved very much the music of Italian artists as Renato Zero, Eugenio Finardi and Alberto Camerini.

My verses are influenced by what I breathe around me and my music is a mixture of genres. I love to write my songs in various languages: Italian, English and Portuguese and I like to deal with social aspects, emotions and everything about life.

If something anywhere in the world makes me cry or smile well, that can capture my creativity!

I have released “OVER THE HORIZON – THE COLLECTION” which is an anthology of my old songs completely rearranged which also includes an unreleased, “The rap of indifference”. The album contains songs sung in Portuguese, English and Italian and has seen the collaboration with some of the most important artists of the international music scene: the American guitarist Eric Maldonado, a Top 100 Finalist at Guitar Idol 2014, the very talented English soprano Caroline Joy Clarke and the extraordinary American saxophonist Josh Plotner member of the “Be More Chill Original Broadway Ensemble” just to name a few.

The mastering of the entire album and the mixing of many songs were done by the notable English sound engineer Chris Brown (Beatles, Radiohead, Muse, Spice Girls).

On May 1st of this year, LINGUA MADRE, the third volume of my trilogy dedicated to my Italic roots was published.

LINGUA MADRE is a work in three volumes, each of which is dedicated to my three different cultural and linguistic souls I spoke about.

In two of the five tracks of LINGUA MADRE, I had the honour to collaborate with Eyal Heller, a virtuoso guitarist from Israel.

Lately I have been going back a little to my origins and I am basically listening to English music produced in the eighties and certainly those sounds, consciously or unconsciously, influence a little bit even my current production.

I am currently working on the new songs of my next EP which will probably be entirely in English and should be out in the spring of next year.

You can find my YouTube channel here and I am on streaming services including Spotify here. You can also read more about me at my Jamsphere interview too.