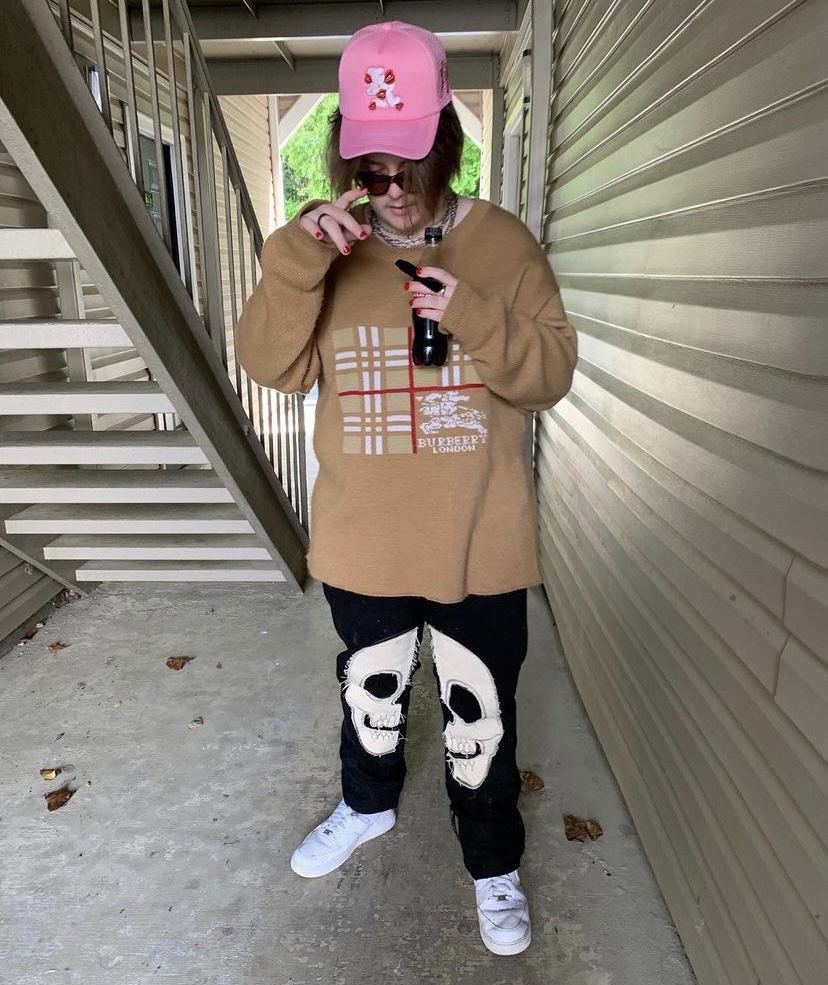 We’ve been playing out No Fanta, the latest track from Xenith (pronounced “Zee-nith”) – and we caught up with him to find out a little bit more about himself and his music.

Well, I’m born and raised in Chattanooga, Tennessee. I’ve been creating music for several years now and it’s something that I’m really passionate about.

I not only enjoy music, but also the fashion aspect of the genre. Fashion is a big part of my life. I like to express myself through my music, the way I live my life, and the way I dress.

As long as I can remember, I’ve felt that certain music spoke to me. When I was little some of the first music that was played to me by my grandpa were things like Outkast, Bob Dylan, Peter Frampton, The Rolling Stones, The Beach Boys and so on – a lot of classic 60s rock.

As early as 12 I was getting into Green Day, Blink-182, Sum 41 and others in that genre, as well as artists like Lil Wayne, Drake, Kanye etc. My taste in music is very wide, and expands past the genres I’ve mentioned into areas that are difficult to define. What’s that old saying? “What do I like? I’ll know when I hear it.”

As mentioned before I was really into punk rock growing up. As I got into my teen years I started really enjoying electronic music and a lot of hip hop, but the punk sound will always have a place in my heart, and is often present in the vocals of my songs.

Trying to define my musical tastes, or lump them into a single genre is nearly impossible for me. Music is almost like the film industry – so many subgenres.

Anytime you try to talk with a self proclaimed “music snob” they try to pigeonhole you. “Oh, I see, you’re into mumble-core?”. Labelling things limits you.

I would say I make music that I like to hear. I take aspects of things I’m currently grooving on, whatever rock, electronic, or hip hop artist that may be, and I blend them into something that speaks to me. When I listen to a completed song, sometimes it doesn’t resemble anything that I started out to make. It’s a tired trope to say music speaks through you, but I’ll be damned if it doesn’t happen sometimes.

I’d be lying if I said I wasn’t constantly influenced by who I’m currently listening to. I take inspiration from every genre I enjoy, even if I’m making a hip hop song at the time.

Well let’s be clear, obviously I would love to work with Uzi, but I gotta say the first concert I ever went to was Peter Frampton. I’d jump at the chance to try to mashup something with that guy; he’s a genius.

My mind races at the idea of collaborating with any of the many artists I listen to. I mean every person that sits behind a computer with a daw open is standing on the shoulders of the people that came before.

Grinding, grinding, grinding. Seriously, right now, making music is a vital part of my life. If I try to take a break and rest my mind, music will always find its way back into my thoughts.

In fact I’ve found the best cure for writers block is to not work on music. When I try to ignore it, it has a way of digging itself out of my subconsciousness and giving me the clarity I was finding elusive before, ha. Short answer, more music!