We’ve been playing out local singer/songwriter Rachel Arnold’s latest track Happy Heartbreak here on Phoenix FM – and we caught up with Rachel to have a chat about her music. 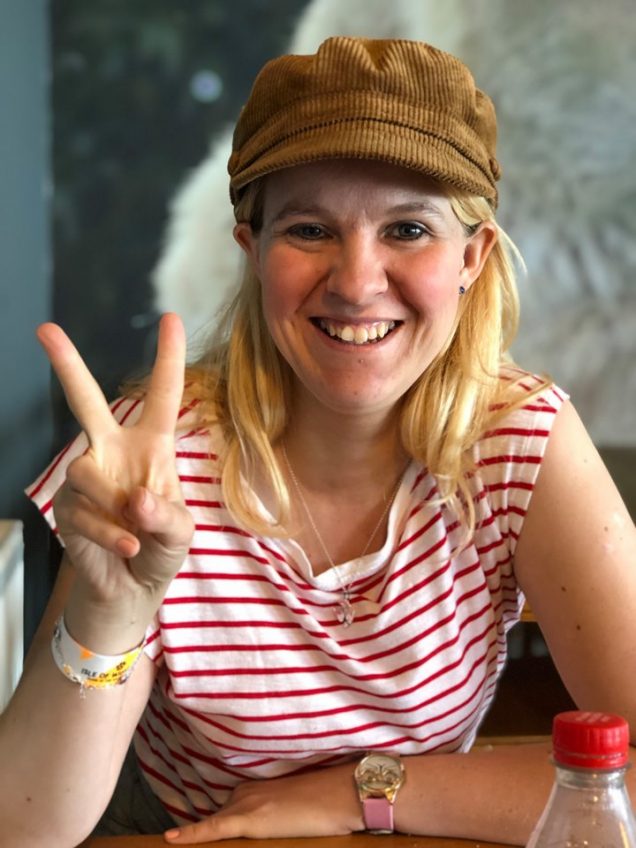 I live in Hornchurch, Essex and I have lived in the area all of my life. By day I am a English as second language teacher by day and a independent artist at night.

It started when I was a child but it’s hard to pinpoint it to one exact moment. It was a combination of different factors really. My dad had a huge record collection that he would always play. I have an older sister who got into contemporary music before I did. I have been writing poems and short stories since I was a child. My sister writes too and there are members of family who also write, so I think it is in the genes!

People who know me very well know that I am a massive Paul Heaton fan and growing up I listened obsessively to The Beautiful South. First became a fan at the age of seven. I became a Housemartins fan much later. Paul Heaton was one of the reasons I wanted to get into songwriting.

I enjoy listening to Gerry Cinanmon and I recently discovered an artist called Beans on Toast. I discovered them both at festivals. They influence my work because they do music because it is the right thing to do rather than being noticed and praised. I like that!

My dream collaboration would be with Paul Heaton. Also Rod, Jane and Freddy from Rainbow. Haha!

To perform my songs alongside well known cover songs with other musicians and singers. I see my music as more on an independent thing and less of a mainstream thing. The most important thing is that I have fun whilst doing this, learn and grow as an artist and not take it too seriously.

As well as the Spotify and SoundCloud links mentioned above, you can also find Rachel on Facebook and Bandcamp.