We’ve been giving a ton of airplay to Topik and his latest track Keep It Real – and caught up with him to have a chat about his life and music. 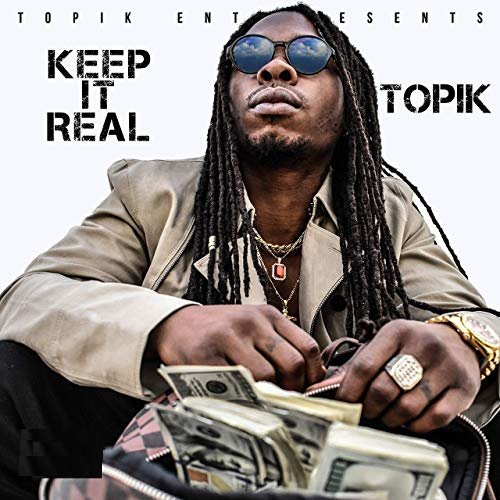 I was born in 1988 and grew up in Queens, New York to Nigerian parents. I was an only child and had to raise myself on the streets of New York at an early age.

I found that I had gained the the natural skill to compose music utilising writing as a method to express myself and outline the challenges I faced.

My love of music continued to develop when I was 13, after I moved to Houston.

I released my first project, The Best Kept Secret, as Ty-Fizzle when I graduated from Dulles High School in 2006.

My mixtape gained recognition amongst business execs which led me to a deal with Sony, touring and opening for Ja Rule.

When I left Sony I changed my stage name to Topik.

I’ve released two albums – Topik City in 2014 and No Mercy in 2018. I’ve also released a number of tracks as singles – Gymnastics, D.A.B., That Check, BustDown, Bezzle and Got Work. You can hear my music on streaming services such as Spotify.

My new single Keep It Real is coming from my upcoming project Authentik which is set to debut in the first quarter of 2020.

You can keep up to date with Topik’s latest new by checking out his Facebook and Instagram pages.