Our latest artist feature is with Sara Shankar – we’ve been playing her recent track Scriptures here on Phoenix FM, so we caught up to have a chat about her life and music. 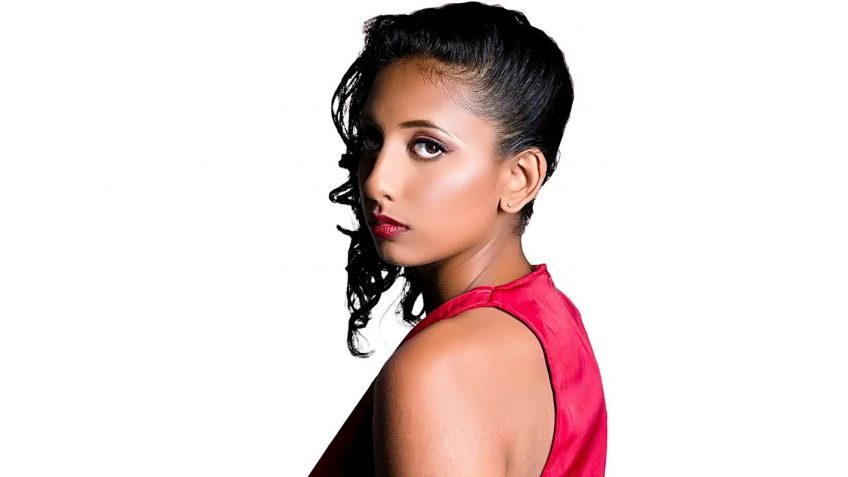 Hi Sara! Tell us a little bit about your yourself?

I am a 17-year-old pop singer, songwriter, and producer from Texas. Growing up, I struggled with following directions. At the age of four, I started piano lessons as another extracurricular to slap on my future resume. Instead of practicing, I made up my own songs to later discover my skill of perfect pitch and gift for songwriting, especially pop music. A few years ago, I started producing to bring my songs and pop music to life. Through collaborations with award-winning artists, songwriters, and producers, I realized that my diverse skill set makes me a true artist.

Creating music grounds me in the present moment. Growing up, I’ve struggled with mental and emotional disorders. They have negatively affected my life as a high schooler in advanced classes and competitive swimmer. Without music, I’m not sure if I would be sane. Whenever I feel something intense, I bask in that emotion and create a song about it without judging myself. Making music is a practice of mindfulness; maintaining a moment-by-moment awareness with myself.

I feel aligned with the universe when I finish a song. It’s an inexplicable feeling of pure awe. Like – I’m capable of this?? I can’t do a physics problem or drive a car to save my life, but I can create this?? Listening to a newly finished song at 3 am in my room is a beautiful moment that I feel at a spiritual level.

I was attracted to music almost like a magnet. My parents enrolled me in piano lessons when I was four years old. Instead of practicing, I would doodle on the piano. I made up my own songs. Whenever I created something new, it felt like the colours were bursting inside me.

My favourite part of the day would be when my mom turned on the radio in the car. During car rides, I would press my ear against the speaker and just listen to the radio. I would observe the patterns in the pop songs I heard. Back then, I didn’t understand that I had perfect pitch or followed pop songwriting structure. I just let it happen. Somehow, I gravitated towards pop music without even realizing it. No one ever taught me how to write or produce a song. It just happened because I always had this gut feeling inside to guide me.

I grew up listening to One Republic, Coldplay, Gaga, Jordin Sparks, The Script, Train, old Taylor Swift and of course old Disney Channel songs. Even now, my friends and I just blast 2000s pop music in the car and locker rooms at swim practice for the nostalgic feeling.

My musical style is pop with a hint of the Indian ragas I heard growing up in my family. My lyrics go past the surface. I try to channel every layer of how I feel with details and references. You can get a taste of my music on my YouTube channel.

My current track Scriptures refers to love letters. When I made Scriptures, I started dating a guy who would write me love notes and letters. I wrote Scriptures about two years ago on my arm, while I was on a date. By the time the date was over, my arm was covered in lyrics.

My boyfriend at the time didn’t even give it a second glance because he already knew I was wild. After that, I produced it at home and cut the vocals in an LA studio. I put my faith in the sweet words he said. Even though he wasn’t the right person for me, I let my self-worth be determined by his words. I was gullible and indulgent, but I didn’t care. Scriptures comes from my impulsive side. When I wrote it, I basked in the moment. It has an element of rock in it, but it is pop.

With all my heart, I hope Scriptures finds its way to the ears that are meant to listen to it. I hope my song makes the listeners truly feel something inside. I am working on a number of new songs to be released soon.

I’m a huge fan of women in music, not just female singers, but also songwriters, producers, and audio engineers. It’s super inspiring to see badass female songwriters and producers like Julia Michaels, Emily Warren, TRAKGIRL, Madame Gandhi, Brooke Tomlinson, Asia Whiteacre, Kate Nash, Aijia Grammer, and LYRE in the industry. As of now, it would be a dream come true for me to work with Liz Horsman. She’s a songwriter, producer, and audio engineer who has worked on some of my favorite Gabrielle Aplin and Rudimental songs. I have also learned so much from her podcast, “The Voice of the Calm,” where she spreads wisdom on mindfulness.

I plan to live in the present moment. Right now, some ice cream and a nap sounds lovely. But, there’s also some new exciting music coming down the pike! Also, I plan on living my life to the fullest every single day – meditating, sleeping 8 hours at night, hydrating, exercising, laughing, and crying too.