We’ve been spinning Dez Money’s current single, “I Want Your Love”, here on Pohenix FM recently and we caught up with Dez to talk a little about his amazing life in music. 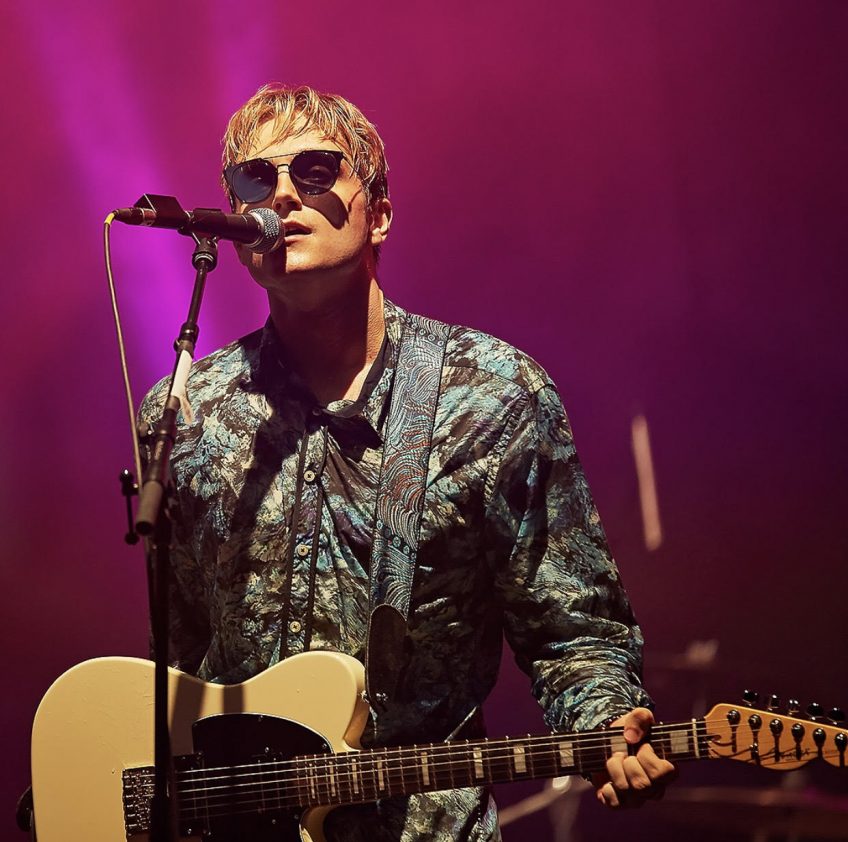 Hi Dez – tell us a little bit about your yourself?

I am a singer-songwriter from Los Angeles, California. I have been playing music my whole life as the son of Eddie Money. I write, produce and play all the instruments in my music. I am currently starring in a TV Show about my musical family called, “Real Money” on AXS TV.

Ever since I can remember I wanted to be like my dad. To see how much of an impact he had and the role his music played in other people’s lives was always so inspiring. My dad always had us on stage with him and made it seem so fun that I always had a love for it right from the start.

I listened to all different types of music growing up. During the making of this album, a lot of my influences were artists I’ve been listening to since I was a kid like Radiohead, Coldplay, Jeff Buckley, and The Beatles.

I would tell them to expect something different with each song. I don’t really follow trends and just make the music I want to hear. I think it’s important when creating to just be yourself and forget about what everyone else is doing.

My debut album, “Take Me Down” was released in 2015. I am preparing to release my second album which features “Wings” and “I Want Your Love” in 2020.

I take inspiration from all over and I really enjoy all styles of music. Some of the artists I’ve been listening to lately are Tame Impala, Mac Demarco, Thundercat, Billie Eilish, and Anderson .Paak just to name a few. I’m going to see Thundercat perform live next month with Mac Demarco and am stoked for that as I really enjoy their music. I got to see Anderson .Paak and Tame Impala perform live at Coachella and they were incredible.

I started off as a drummer and to see Anderson .Paak playing drums while also being the front man is amazing. His stage presence is out of this world. Kevin Parker from Tame Impala is such an inspiring artist as he records all the music himself, similar to how I make my music.

Billie Eilish I think is a breath of fresh air in the pop world. Billie and her brother Finneas make all the music together in their home and that’s what it’s all about. I can relate as I also work with my family and record my music from home. I think it’s really cool to see their success and just goes to show you don’t need a big studio and a million writers to make a hit song.

There’s so many artists I’d love to work with. Since I mostly work alone, I think it would be cool to collaborate with those that inspired me growing up. André 3000 has always been one of my favorite artists and I always liked how he could blend different genres and carve out his own style. Thom Yorke is another one of those artists. I’ve always admired Radiohead because they’re a band that doesn’t care about genres. I think the boundaries of genres get in the way of creativity. Artists like that show us to just make the music we want to hear and that each song is a new beginning.

I am preparing to release my album, “Blue” in 2020 and also have another album on the way. There’s a lot of new music to be heard and I’m excited to share it with you!