Written by Chris Stagg in Words and Sound👁 1,019


Just off of London Bridge lays Tooley Street. Spreading down in a straight line towards Tower Bridge, it is lined with cafe’s, bars and many office buildings. But nestled away, is one building a little different to the others. It seems more fun in its architecture compared to the drab of Price Waterhouse Cooper or the Southwark Council building. A large Christmas tree is twinkling in the huge ground level windows, which itself are atop some steps. This place is different to the others, because it is The Unicorn Theatre. 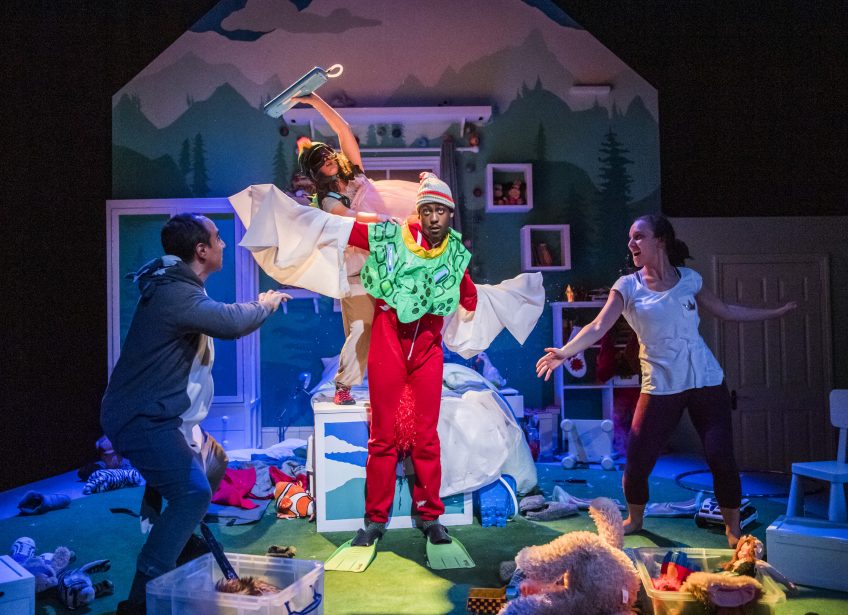 The Unicorn Theatre is designed for children, from toddlers up to adolescents and young adults. Every production here is aimed with youth in mind. The building itself is created with that same ethos, and that is apparent immediately from the bizarre goldfish wallpaper or the little considerations like a second lower handrail on the stairs. In their own words; “The Unicorn Theatre is the UK’s leading theatre for young audiences, producing an eclectic and surprising programme of work year-round for children aged 6 months to 18 years.” 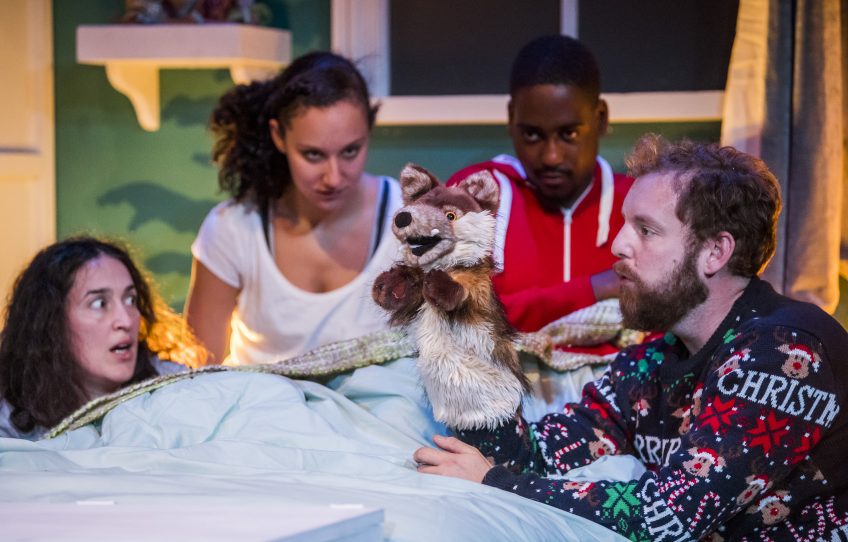 The team behind the theatre work hard to ensure that a broad range of works are on offer that bridges communities, cultures and the arts and present topics in a way that is specifically accessible for the young. This was obvious in itself in the production I was here to see; Philip Pullmans Grimm Tales, where a diverse array of people were represented on stage. One couldn’t help but feel that every child in the audience would have been able to find someone that they identified with, and that is to the credit of Philip Wilson’s adaptation of Pullman’s source material and Kirsty Housley’s artistic vision as Director. 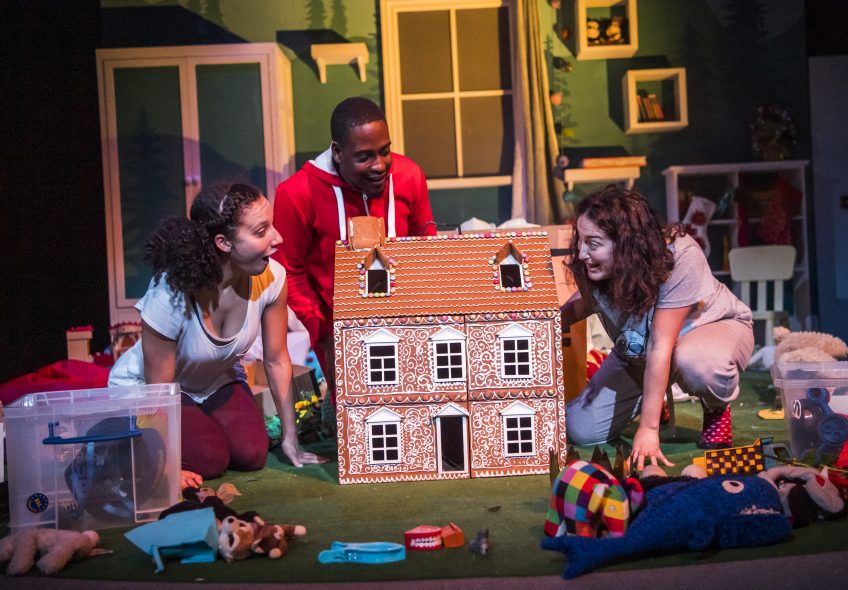 Grimm Tales is already playing as you take your seats. We are introduced to the characters before they speak and before the lights dim. Here we see a father desperate to try and get his children ready for bed for Christmas Eve. he busies himself clearing up toys and trying in vein to calm the children down. Before long, the cousins and Auntie also arrive, and the play then is Grimm Tales being read to the children to get them ready for bed. This I found to be an ingenious way of presenting the stories to us. 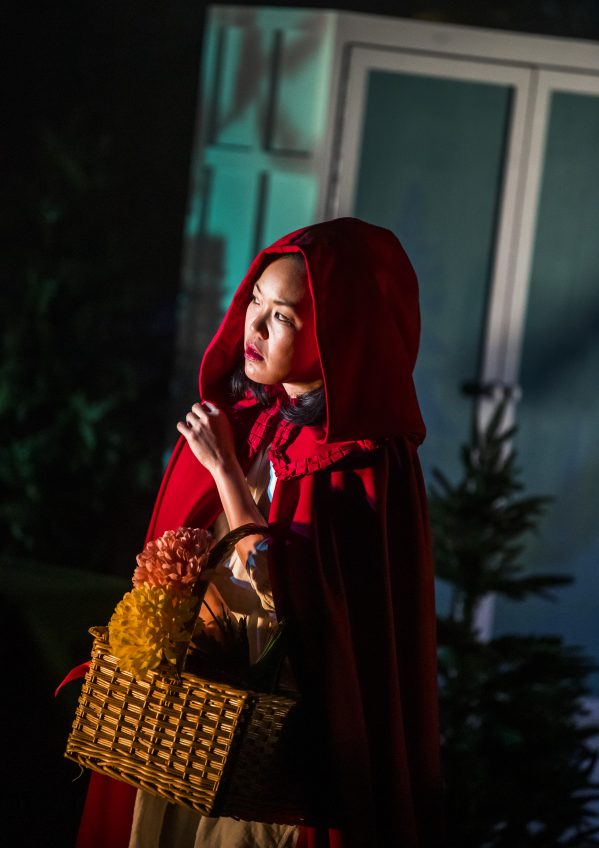 There is an obviously huge catalogue of Grimm fairy tales to select from and I think it was a bold decision to pick the majority of tales that are less well known. But the balance works. New and exciting stories to me were punctuated by old favourites and familiarity such as Hansel and Gretal and red Riding Hood. As the tales are told, the children and father take on the roles in the stories, using blankets, toys and coats to represent the characters, and it is all done in a very believable way. As the play draws on however, the children are left alone to sleep and they start to read the stories to themselves. At this point the adults take on more of the play role in their imaginations, where in  reality they are downstairs enjoying their Christmas Eve. The Small set is used to wonderful effect, with the actors at times walking through and interacting with the audience. 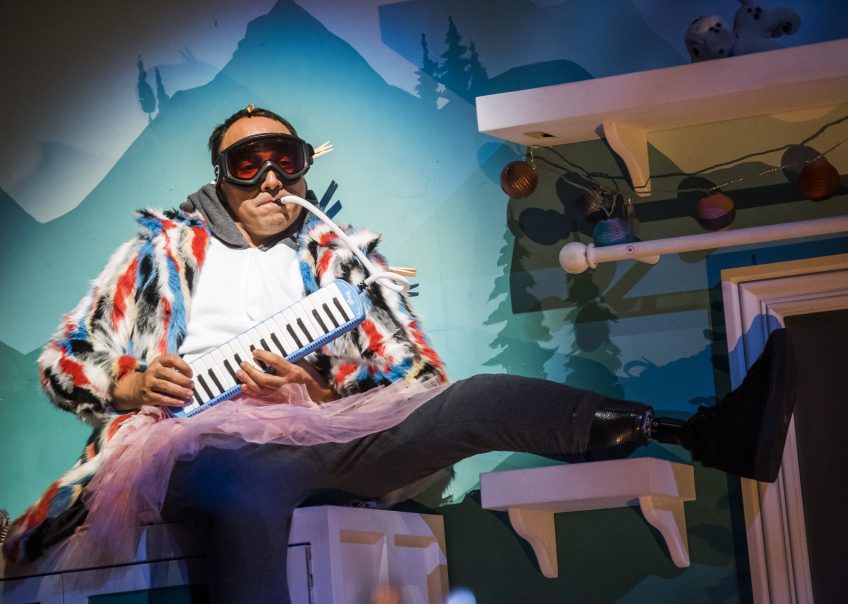 Applause has to be given to the set, sound and lighting design. What first appears to be a very enclosed set, is made endlessly versatile with clever lighting and soundscapes. That is until the half way point where the true majesty of the set comes alive and it quite literally shocked me as it was completely unexpected. What was a small enclosed bedroom, where the actors do remarkably well in limited space, transforms into a magical wintry forest that could be in the mountains of Europe. From this point on we are never sure whether the children are imagining the stories unfolding or that they have magically been transported. 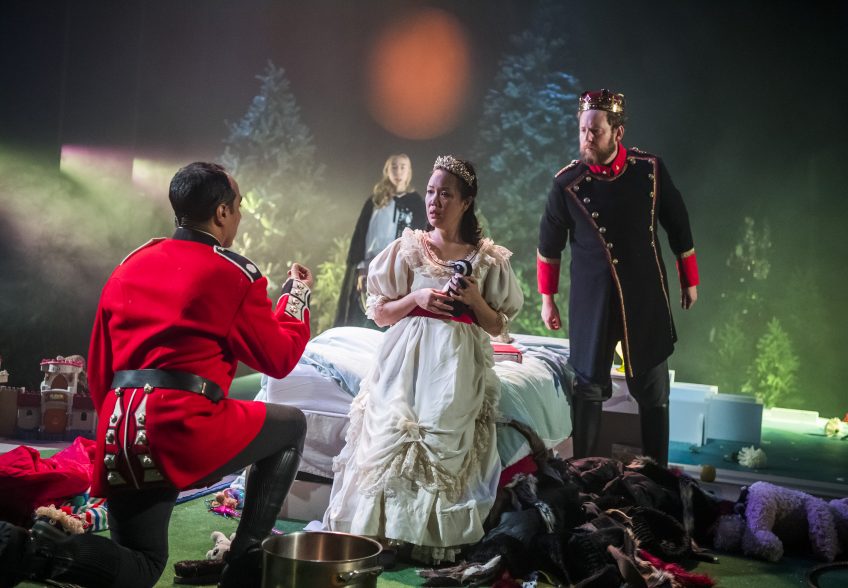 The actors here are of the highest quality. I really couldn’t fault them. They are an ensemble cast in the truest sense, where they all play multiple characters and ages. The four adults playing the children are believable as such at the outset. All of them had stand out moments in this production. Rachel Hosker and Bryony Millers forbidden love between servant and royal, Vera Chok as the so easily swayed mother of Hansel and Gretal, Enoch Lwanga as the enchanting song bird and risen child, Giulia Innocenti’s striking performance as the mischievous younger sibling, Guy Rhys as the wonderfully wicked Hedgehog Boy and David Emmings as the suffering father, who tries for calm so unsuccessfully. Nobody was over shadowed here and all deservedly had their time to shine – my sincere applause to all! 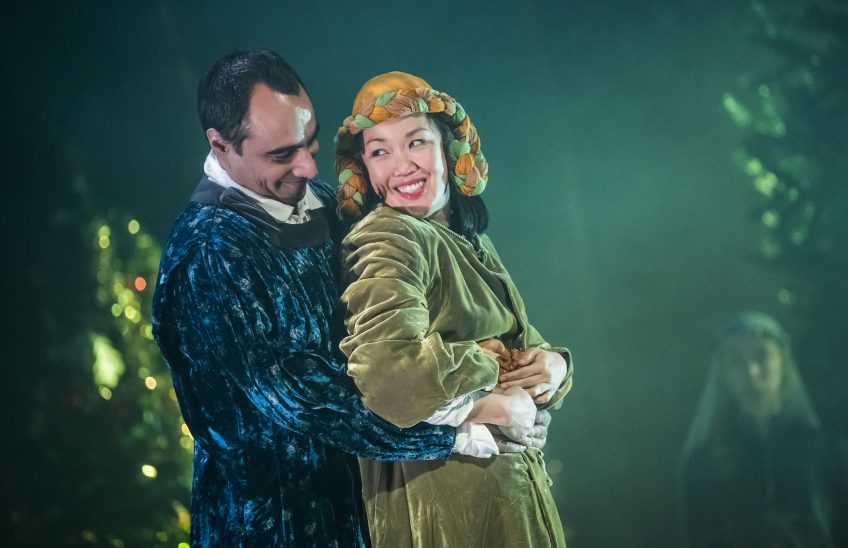 Philip Pullman’s Grimm Tales, is smart, funny and at times can be scary. Much of the macabre elements of the tales are missing or watered down, but there is just the right amount left in to entertain older children who like the darker elements of fiction, without terrifying younger attendees.  This is a very clever and original production and I do not hesitate in recommending this production, for something different this Christmas, where there is most definitely something for the whole family to enjoy. 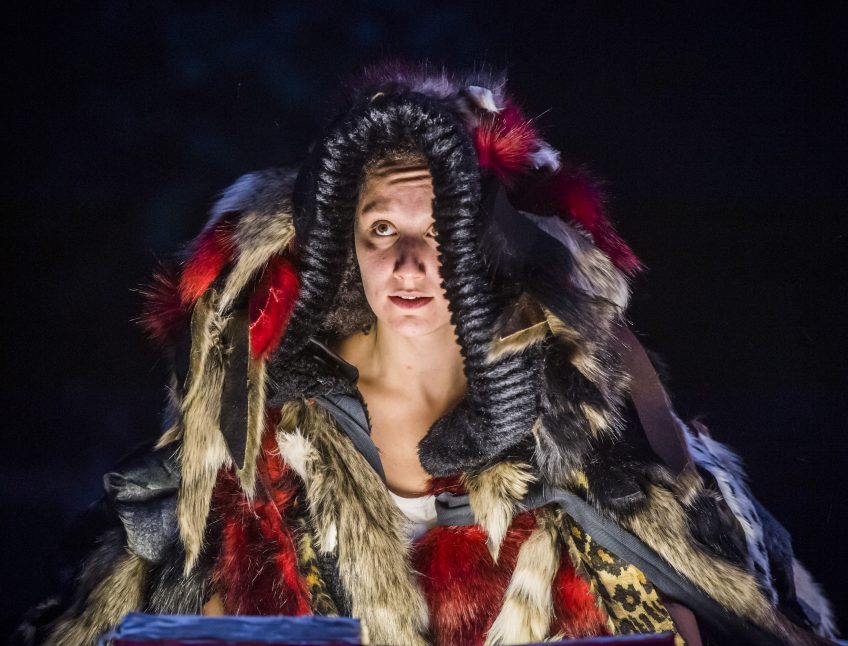 Tickets can be booked: https://www.unicorntheatre.com/GrimmTales

All photo credits are Tristram Kenton, used with permission of The Unicorn Theatre.