Well-versed presenters join in the celebrations for National Poetry Day

Written by Paul Golder in In The Papers👁 218 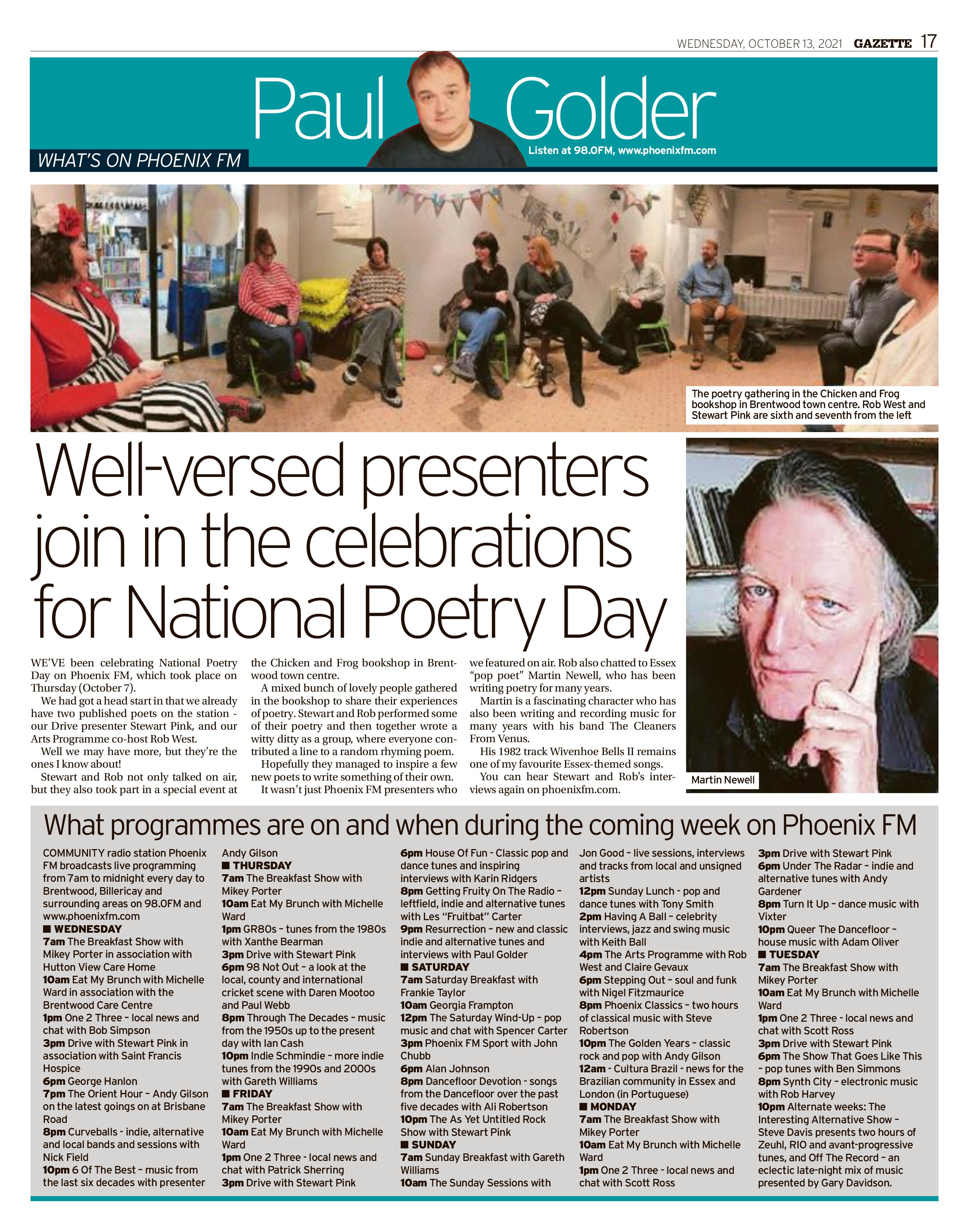 We’ve got a head start in that we already have two published poets on the station – our Drive presenter Stewart Pink, and our Arts Programme co-host Rob West. Well we may have more, but they’re the ones I know about!

Stewart and Rob not only talked on air, but they also took place at a special event at the Chicken and Frog bookshop in Brentwood town centre. A mixed bunch of lovely people gathered in the bookshop to share their experiences of poetry. Stewart and Rob performed some of their poetry and then together wrote a witty ditty as a group, where everyone contributed a line to a random rhyming poem. Hopefully they managed to inspire a few new poets to write something of their own.

It wasn’t just Phoenix FM presenters who we featured on air – Rob also chatted to Essex “pop poet” Martin Newell, who has been writing poetry for many years. Martin is a fascinating character who has also been writing and recording music for many years with his band The Cleaners From Venus – his 1982 track “Wivenhoe Bells II” remains one of my favourite Essex-themed songs.

You can hear Stewart and Rob’s interviews again on phoenixfm.com.