Our delight at deserved civic award for Michelle

Written by Paul Golder in In The Papers👁 320 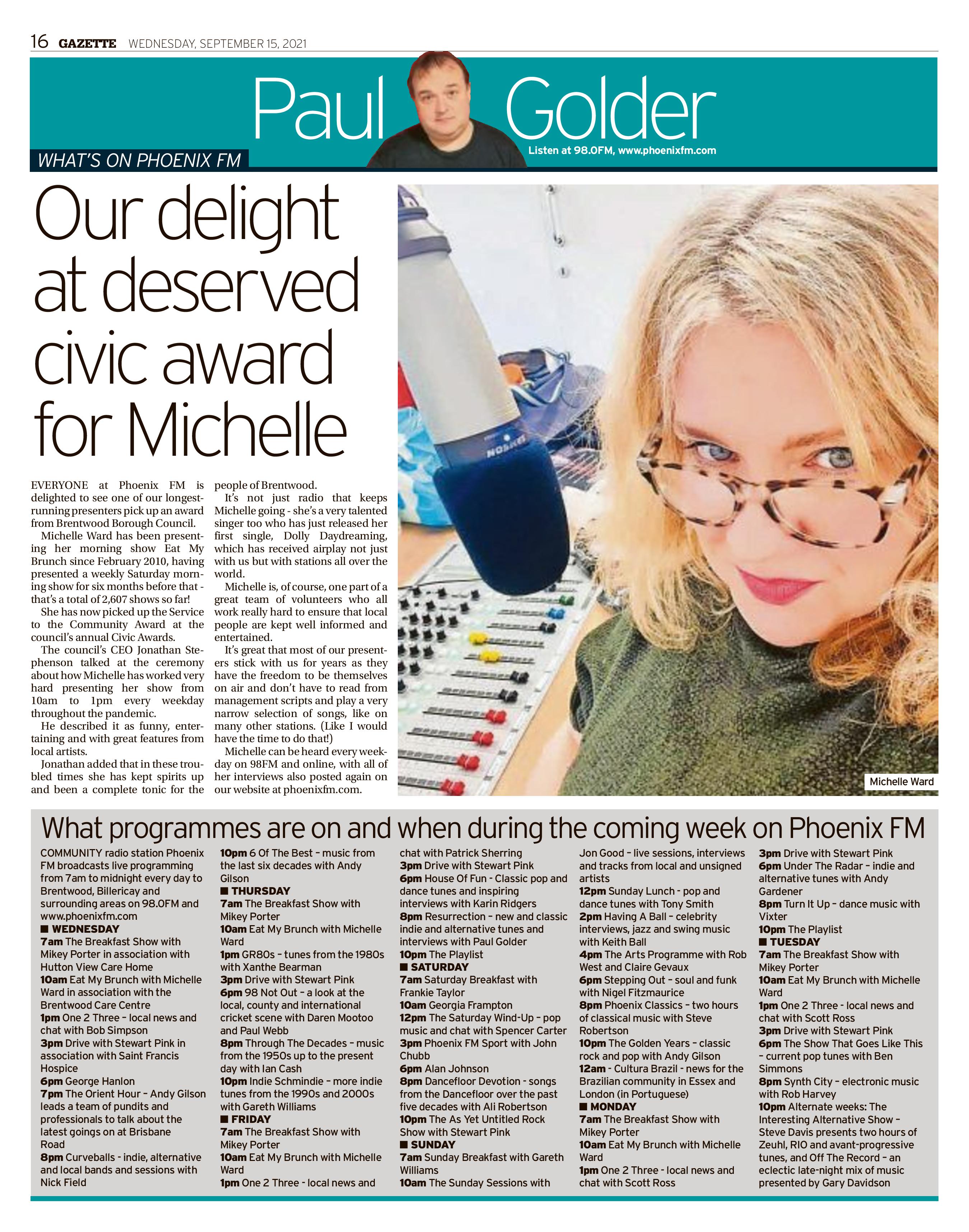 Everyone at Phoenix FM is delighted to see one of our longest-running presenters pick up an award from Brentwood Borough Council.

Michelle Ward has been presenting her morning show Eat My Brunch since February 2010, having presented a weekly Saturday morning show for six months before that – that’s a total of 2,607 shows so far!

Michelle has now picked up the Service To The Community award at the council’s annual Civic Awards. The council’s CEO Jonathan Stephenson talked at the ceremony about how she has worked very hard presenting her show from 10am-1pm every weekday throughout the pandemic. He described it as funny, entertaining and with great features from local artists and said that in these troubled times she has kept spirits up and been a complete tonic for the people of Brentwood.

It’s not just radio that keeps Michelle going – she’s a very talented singer too who has just released her first single, Dolly Daydreaming, which has received airplay not just with us but with stations all over the world.

Michelle is, of course, one part of a great team of volunteers who all work really hard to ensure that local people are kept well informed and entertained. It’s great that most of our presenters stick with us for years as they have the freedom to be themselves on air and don’t have to read from management scripts and play a very narrow selection of songs, like on many other stations. (Like I would have the time to do that!)

Michelle can be heard every weekday on 98FM and online, with all of her interviews also posted again on our website at phoenixfm.com.