Written by Paul Golder in In The Papers👁 492 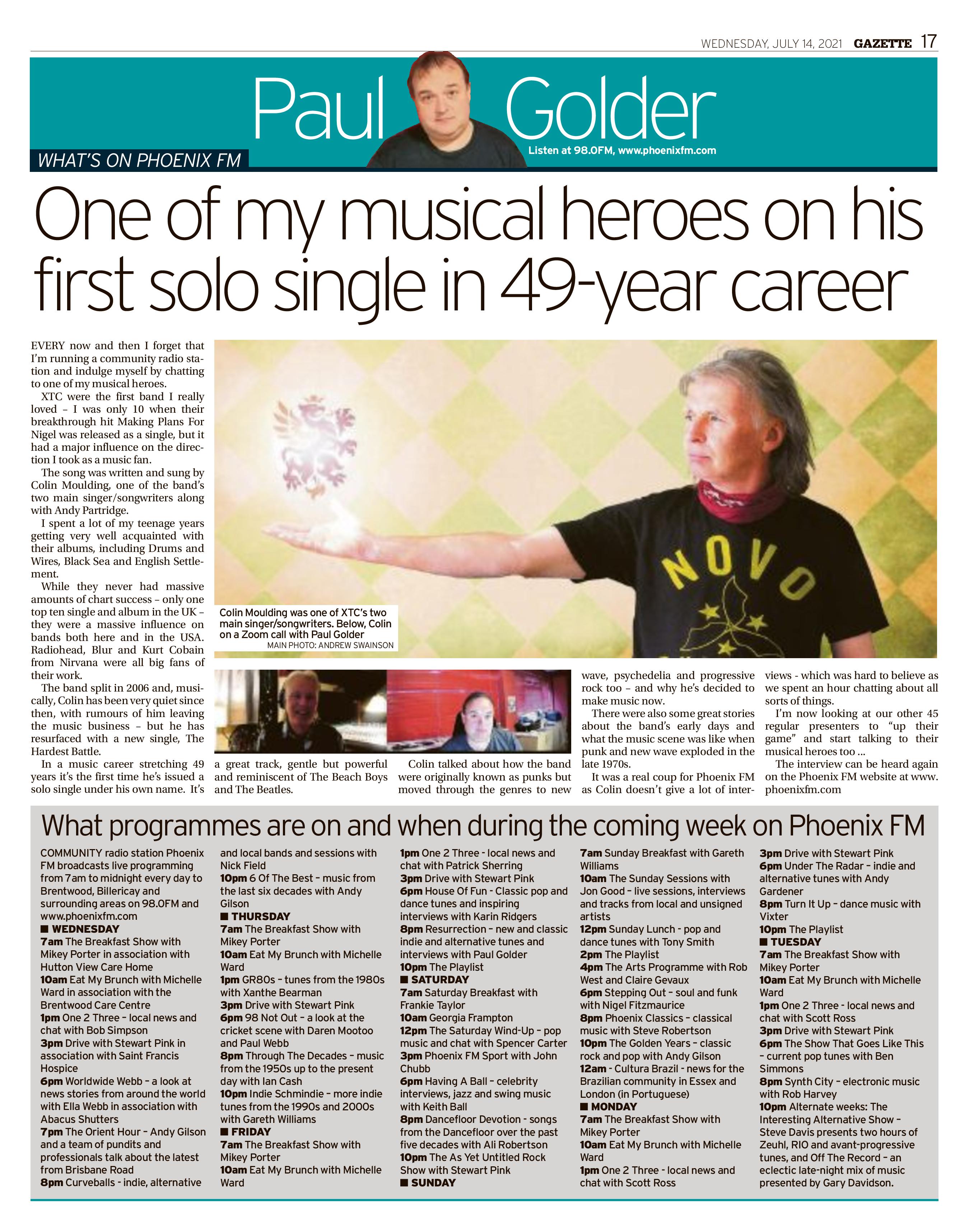 Every now and then I forget that I’m running a community radio station and indulge myself by chatting to one of my musical heroes.

While they never had massive amounts of chart success – only one top ten single and album in the UK – they were a massive influence on bands both here and in the USA. Radiohead, Blur and Kurt Cobain from Nirvana were all big fans of their work.

XTC were the first band I really loved – I was only 10 when their breakthrough hit Making Plans For Nigel was released as a single but it had a major influence on the direction I took as a music fan. The song was written and sung by Colin Moulding, one of the band’s two main singer/songwriters along with Andy Partridge. I spent a lot of my teenage years getting very well acquainted with their albums, including Drums and Wires, Black Sea and English Settlement.

The band split in 2006 and, musically, Colin has been very quiet since then, with rumours of him leaving the music business – but he has resurfaced with a new single, The Hardest Battle. In a music career stretching 49 years it’s the first time he’s issued a solo single under his own name. It’s a great track, gentle but powerful and reminiscent of the Beach Boys and the Beatles.

Colin talked about how the band were originally known as punks but moved through the genres to new wave, psychedelia and progressive rock too – and why he’s decided to make music now. There were also some great stories about the band’s early days and what the music scene was like when punk and new wave exploded in the late 1970s.

It was a real coup for Phoenix FM as Colin doesn’t give a lot of interviews – which was hard to believe as we spent an hour chatting about all sorts of things. I’m now looking at our other 45 regular presenters to “up their game” and start talking to their musical heroes too …

The interview can be heard again on the Phoenix FM website at www.phoenixfm.com.