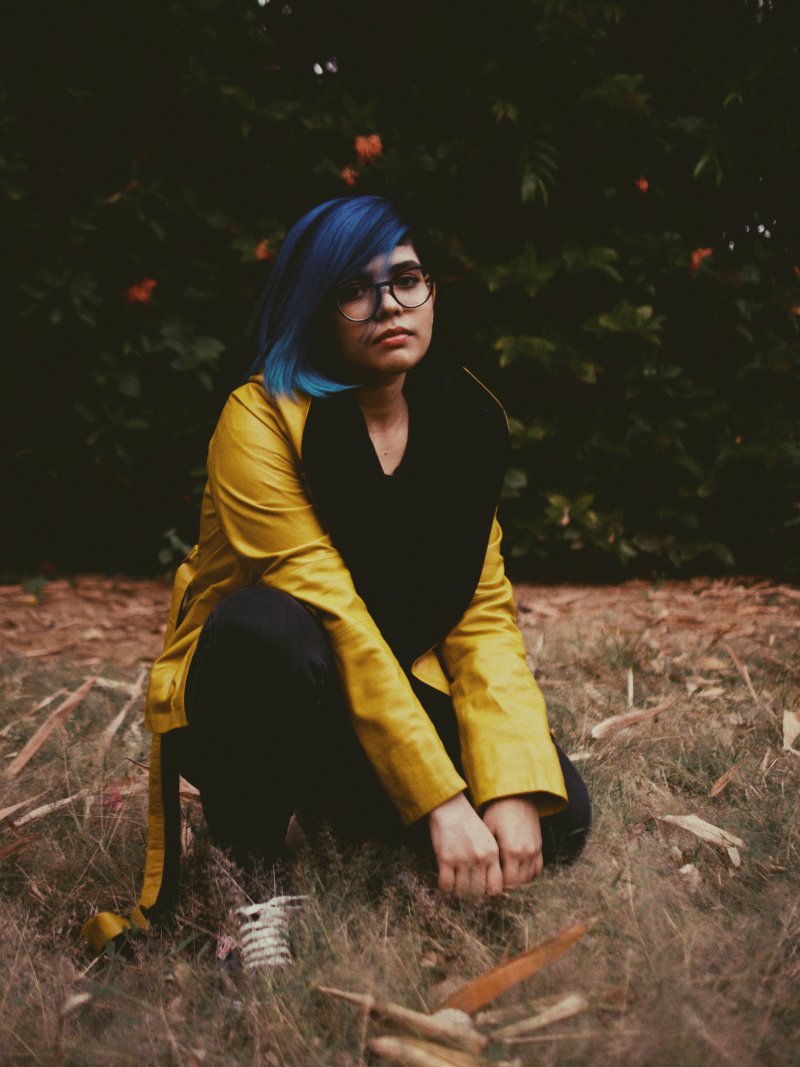 We’ve been playing out Asphodel, the debut single from Dhyani, here on Phoenix FM recently – and we caught up with her to find out a little bit more about her life and music.

I’m a 22 year old singer-songwriter and poet based in Ahmedabad, India.

I’ve been always inclined towards music since I was a toddler — wanting to write my own songs and perform on stage happened when I was around 10 years old.

I used to watch Hannah Montana a lot which actually inspired me to want to be on a stage. Later I heard Taylor Swift and she’s my biggest inspiration to this day. I was also into Eminem a lot which eventually led me to try writing because I was so blown away by his rhymes.

Making people feel heard and seen soothes my soul. I have always loved stories that I can connect to with my feelings and so all of these things came together as singing and songwriting. My biggest hope is that my music helps others just as much as it helped me when I wrote it.

Asphodel is my debut single, but there’s a lot more where that came from!

Taylor Swift is a major part of what I listen to. Billie Eilish, Harry Styles, Selena Gomez and Panic! At The Disco are some of the other artists I’m listening to right now and there’s definitely an influence from all of them because that’s what happens when you really like something!

If I get to work with Taylor someday, that would be insanely incredible.

I have a new single coming up soon and also an EP later.