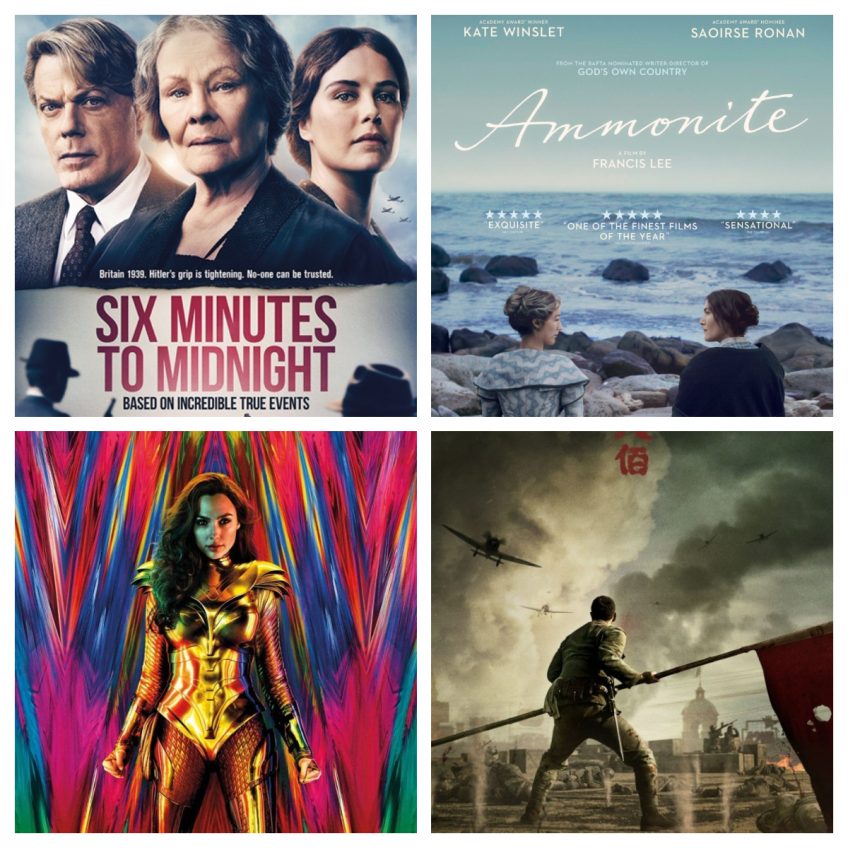 Six Minutes To Midnight – In the summer of 1939, influential Nazi’s send their daughters to a finishing school in an English seaside town to learn the language and become ambassadors. A teaching working at the school tries to raise the alarm but the British authorities believe he is the problem.

Ammonite – 1840s England, acclaimed but overlooked fossil hunter Mary Anning and a young woman sent to convalesce by the sea develop an intense relationship, altering both of their lives forever.

Wonder Woman 1984 – A mysterious wish giving rock may hold the power for Oil barren Max Lord to take over the world. Diana Prince/Wonder Woman is looking to stop him but first she has to deal with a new enemy – The Cheetah.

The Eight Hundred – In 1937, eight hundred Chinese soldiers fought under siege from a warehouse in the middle of the Shanghai battlefield, completely surrounded by the Japanese Army.

To get Stewart’s interviews, reviews and poems delivered directly to your device or for comedy, books and everything else visit Stewart’s website – click here.