Written by Paul Golder in In The Papers👁 779 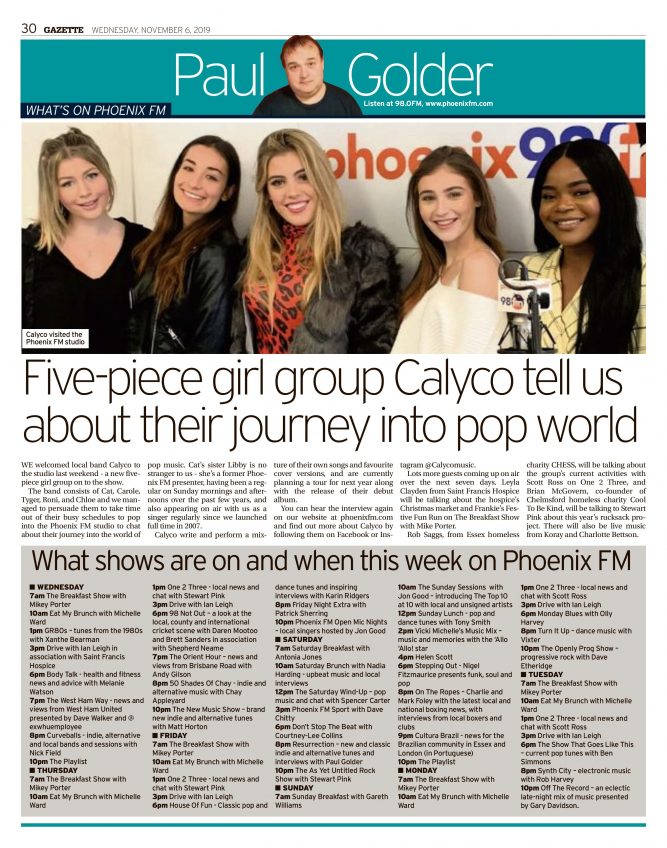 We welcomed local band Calyco to the studio last weekend – a brand new 5 piece girl band on to the show.

The band consists of Cat, Carole, Tyger, Roni, and Chloe and we managed to persuade them to take time out of their busy schedules to pop into the Phoenix FM studio to chat about their journey into the world of pop music.

Cat’s sister Libby is no stranger to us – she’s a former Phoenix FM presenter, having been a regular on Sunday mornings and afternoons over the past few years, and also appearing on air with us as a singer regularly since we launched full time in 2007!

Calyco write and perform a mixture of their own songs and favourite cover versions, and are currently planning a tour for next year along with the release of their debut album.

* Lots more guests coming up on air over the next seven days. Leyla Clayden from Saint Francis Hospice will be talking about the hospice’s Christmas Market and Frankie’s Festive Fun Run on The Breakfast Show with Mike Porter

* There will also be live music from Koray and Charlotte Bettson.