Written by Paul Golder in In The Papers👁 676 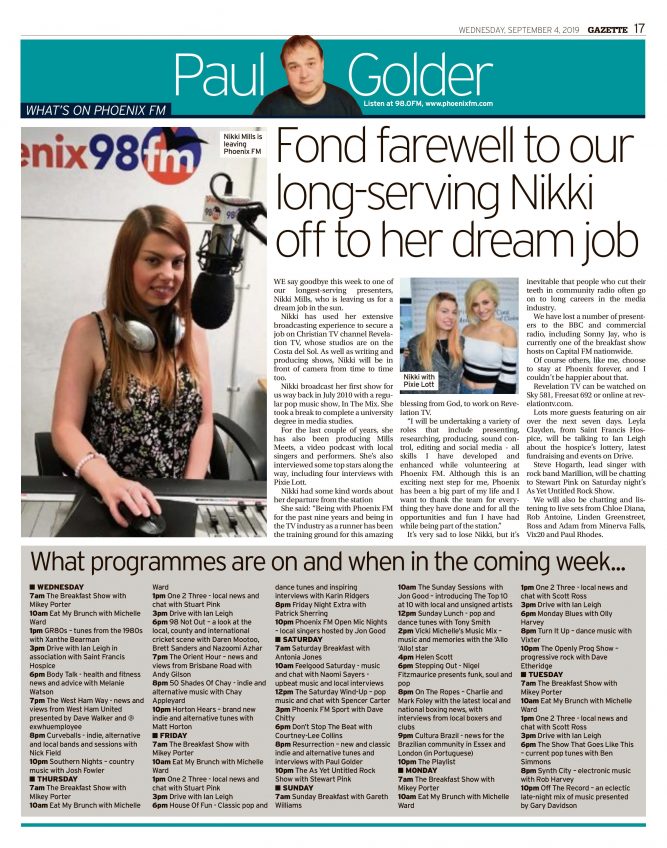 We say goodbye this week to one of our longest-serving presenters, Nikki Mills – who’s leaving us for a dream job in the sun!

Nikki has used her extensive broadcasting experience to secure a job on Christian TV channel Revelation TV, whose studios are on the Costa del Sol. As well as writing and producing shows Nikki will be in front of camera from time to time too.

Nikki broadcast her first show for us way back in July 2010 with a regular pop music show, In The Mix. She took a break to complete a university degree in media studies.

For the last couple of years she has also been producing Mills Meets, a video podcast with local singers and performers. She’s also interviewed some top stars along the way – including four interviews with Pixie Lott!

Nikki had some kind words about her departure from the station:

‘Being with Phoenix FM for the past 9 years and being in the TV industry as a runner has been the training ground for this amazing blessing from God, to work on Revelation TV. I will be undertaking a variety of roles that include presenting, researching, producing, sound control, editing and social media – all skills I have developed and enhanced while volunteering at Phoenix FM. Although this is an exciting next step for me, Phoenix has been a big part of my life and I want to thank the team for everything they have done and for all the opportunities and fun I have had while being part of the station.’

It’s very sad to lose Nikki – but it’s inevitable that people who cut their teeth in community radio often go on to long careers in the media industry. We have lost a number of presenters to the BBC and commercial radio, including Sonny Jay, who is currently one of the breakfast show hosts on Capital FM nationwide.

Of course others, like me, choose to stay at Phoenix forever – and I couldn’t be happier about that!

Revelation TV can be watched on Sky 581, Freesat 692 or online at revelationtv.com.

** Lots more guests featuring on air over the next seven days. Leyla Clayden from Saint Francis Hospice will be talking to Ian Leigh about the Hospice’s lottery, latest fundraising and events on Drive.

Steve Hogarth, lead singer with rock band Marillion will be chatting to Stewart Pink on Saturday night’s As Yet Untitled Rock Show.

We will also be chatting and listening to live sets from Chloe Diana, Rob Antoine, Linden Greenstreet, Ross and Adam from Minerva Falls, Vix20 and Paul Rhodes. 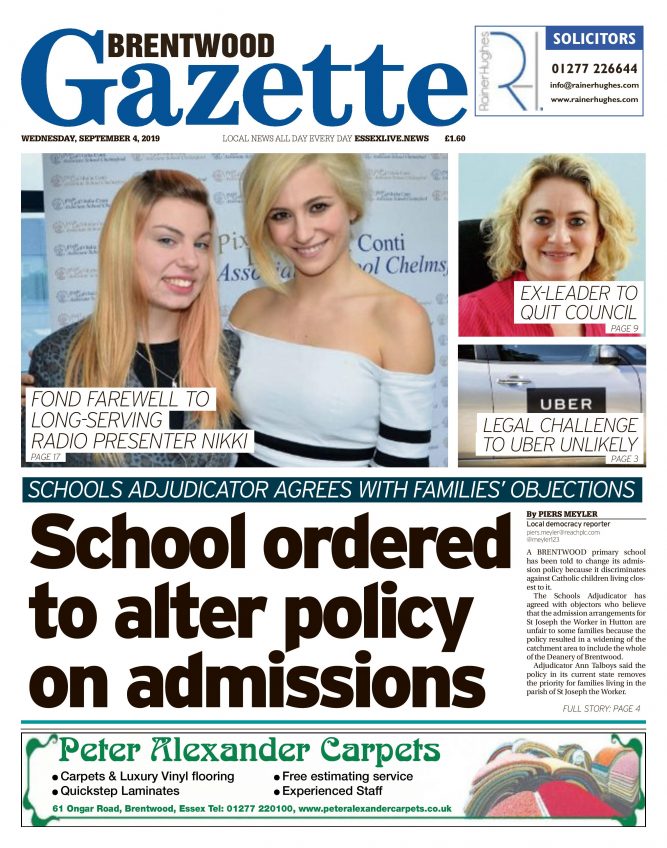