Written by Stewart Pink in Drive👁 739


The competition has peaked and we’ve had a semi all weekend!

You’ve been voting on the semifinal to determine our last two One Hit Wonders who’ll battle it out on Monday’s Drivetime to be crowned the greatest of them all.

Voting for the semifinal closes at 3pm Monday and you can vote on semifinal 1 on the Phoenix FM Facebook page and on semifinal 2 via Twitter @StewPink or @PhoenixFM until 3pm Monday. 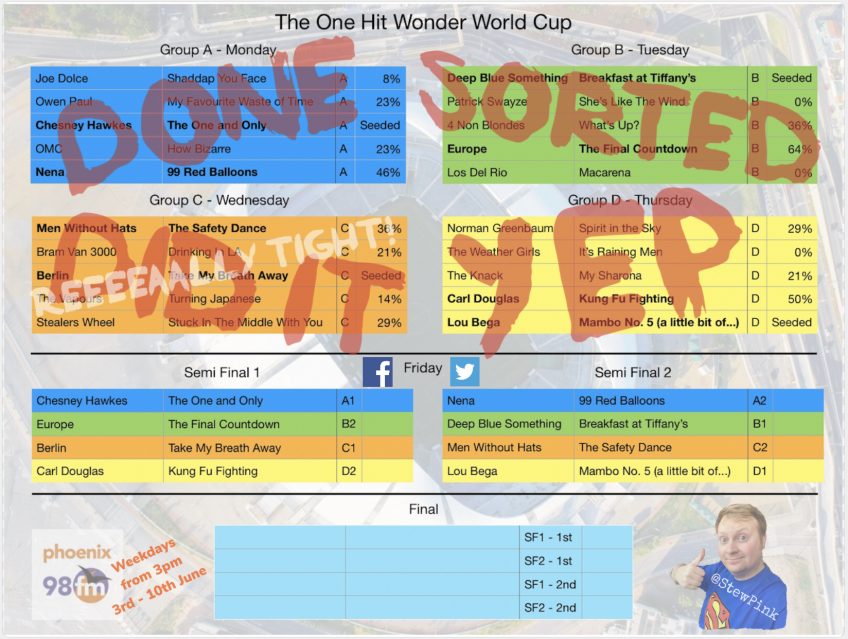