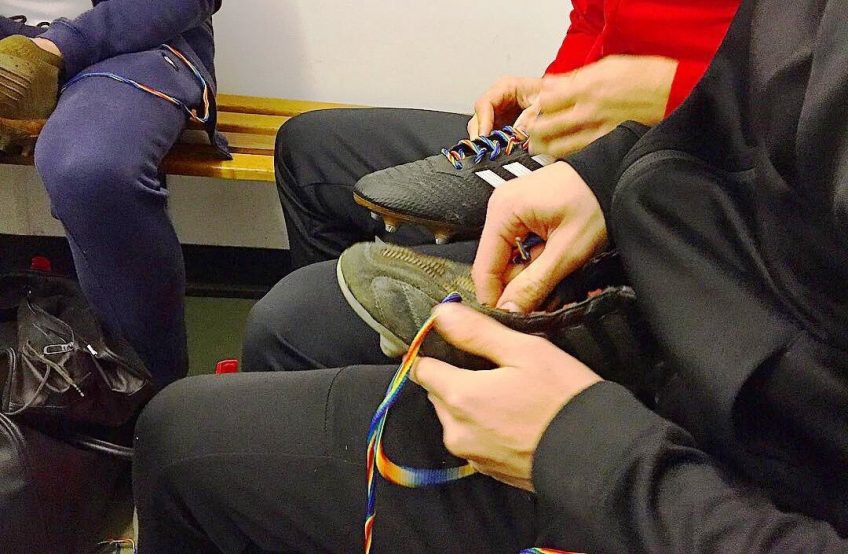 Essex grassroots footballers wore Rainbow Laces in their boots across three weekends in November and December in support of Lesbian, Gay, Bisexual and Transgender (LGBT+) people in the sport as part of a campaign organised by Stonewall.

From Saturday 17th and Sunday 18th November, teams dedicated their matches to the charity and were provided with laces by the Essex County FA so they could ‘lace up’ on their chosen weekend. The aim was to help make football inclusive for everyone, whether they’re a fan, player, manager, coach or referee.

Rainbow Laces amplified the conversation and set a strong example to everyone in the local community. “We must thank everyone involved for the success of the three weekends, especially the Essex Sunday Corinthian League, the Pope & Smith Chelmsford Sunday League and the Essex Alliance League,” explained the County FA’s Cindi Chatha.

“Regardless of the county or campaign, it’s essential we show support and raise awareness, ensuring football is open and accessible to all. This was a national campaign supported by clubs from grassroots right through to the Premier League. It’s important to promote that everyone involved in sport shows their support for LGBT+ equality and inclusivity.”