Hodges Pleased with Bounce Back 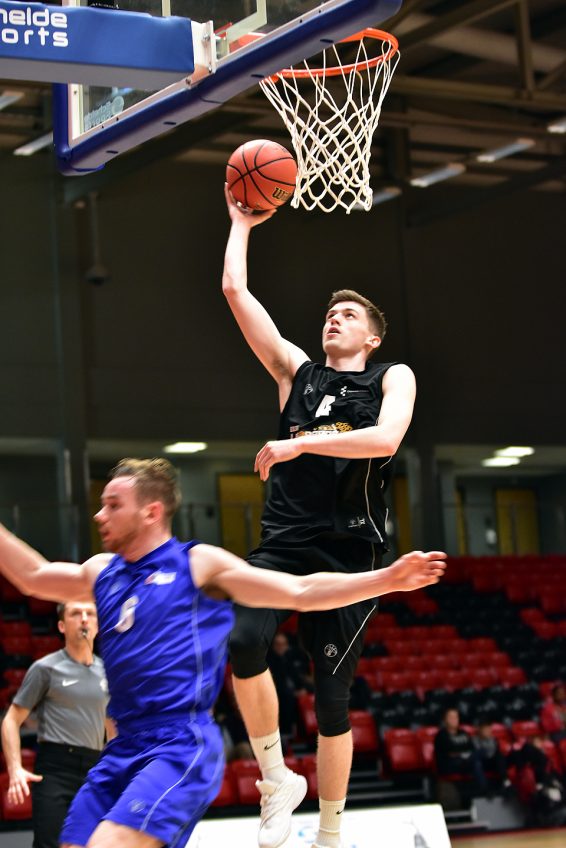 After a weekend which saw Leopards split their pair of away games, centre Lee Hodges was pleased with how they bounced back on Sunday.

The Big Cats went down 97-80 at Thames Valley Cavaliers on Saturday before beating Reading Rockets 101-90 the following evening.

“We went into the weekend with the intention of taking two victories and cementing a place out of the bottom two” said the seven foot big man.

“After a disappointing performance on Saturday it was key that we re-grouped and played well on Sunday.

“I think we did a great job of putting Saturday behind us and getting the job done away to a tough team in Reading.

“We have shown once again we can hang with anyone in Division One when we play as a team and with energy.

“We now go into the Christmas break off the back of a win which is important for momentum after the break.”

The win at Reading saw Leopards move up to 11th in the 14-team Division One having played the fewest amount of games, and Captain Sam Newman is looking for consistency as they attempt to move up the league after Christmas:

“After a bad performance on Saturday, getting a tough road win sends us into the break nicely” he said.

“As we look to the New Year we need to start consistently stringing together some wins and keep playing as a unit.” 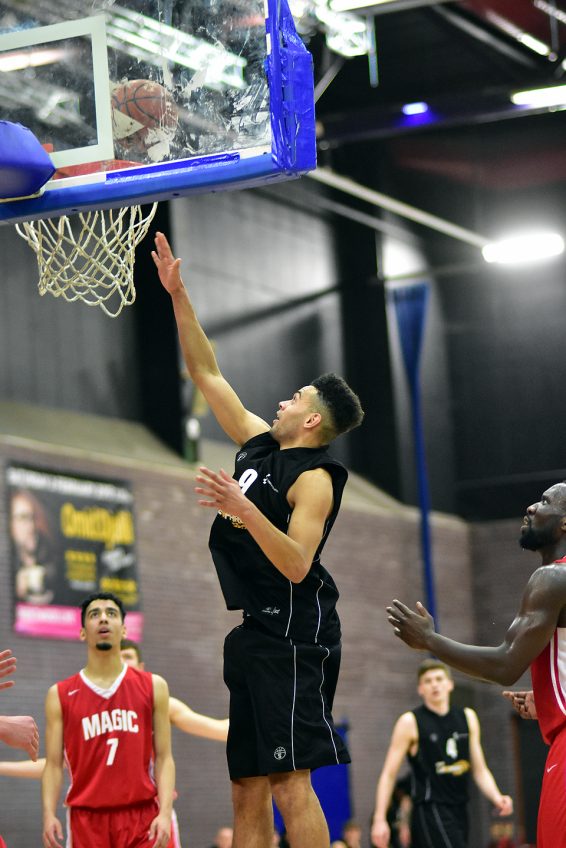 At Thames Valley, Leopards stayed in touch in the first period, going into the opening break 23-18 down and trailed 32-23 after four second-quarter minutes.

But, a pair of three-point plays from Luke Mascall-Wright launched a 21-8 run capped by two triples from Findlay Wood as Leopards took a 44-42 lead into the locker room at half-time.

Cavaliers opened the second half with seven straight points, but a Wood trey and a Hodges lay-up tied the scores with three minutes gone.

Mascall-Wright put Leopards ahead for what proved to be the final time a minute later, as Prince Larty hit a trey to launch a 20-8 run capped by a Sylla buzzer-beating three to lead 72-59 going into the last break.

Five straight Asante Sandiford points and a Mascall-Wright lay-up saw the deficit cut to seven with three minutes gone in the fourth period but a bizarre intentional foul call on Mascall-Wright ended any chance of a fight-back.

Sandiford led Leopards with 19 points and ten rebounds, and Hodges also added a double-double with 18 points and 13 boards. Mascall-Wright finished with 14 points and four rebounds. 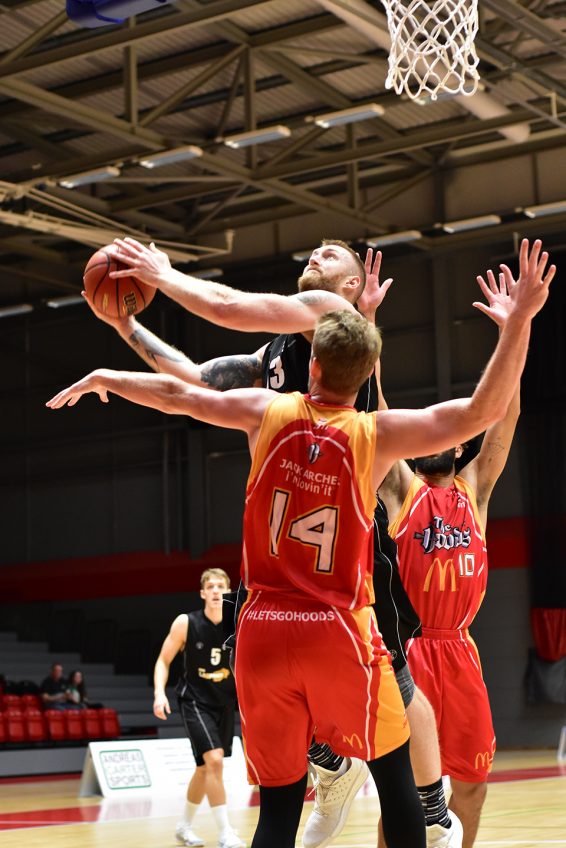 In contrast, the following day saw Leopards lead for almost the whole game at Reading, as they completed a third victory of the season against the Rockets.

Treys from Newman and Wood helped Leopards start strongly as they rushed into a 16-4 lead and although Trae Pemberton dragged his team back into the game, Newman’s jump shot sent his team into the first break with a 23-18 lead.

A barrage of treys from the hosts saw them tie the game at 39 with four and a half minutes left in the first half, but as Rockets continued to suffer from foul trouble Leopards went on a 10-0 run, and Newman again beat the buzzer to give his side a 56-45 lead going into the locker room.

A switch to a zone defence by the hosts saw Leopards struggle in the first four minutes of the second half as Rockets went on an 11-3 run, with only Wood’s trey troubling the scorer.

The game was nip and tuck for the rest of the quarter despite Sandiford being forced to sit down after collecting his fourth foul, but Newman again came up good as he sunk a trey to beat the buzzer and send his side into the final break with a 74-71 lead.

Hodges kept his side ahead in the early stages of the fourth period, and Sandiford returned to the action with an and-one to make it a seven point game.

Mascall-Wright kept his side ahead from the Land of Plenty and he repeated the act to effectively seal the win, before Rory Winter broke the century mark with a trey to wrap things up.

Hodges led the way with his second double-double of the weekend with 24 points and 16 rebounds, with Newman matching his scoring and adding seven assists, four steals and three boards. Mascall-Wright added 23 points, while Sandiford finished with 18 points.