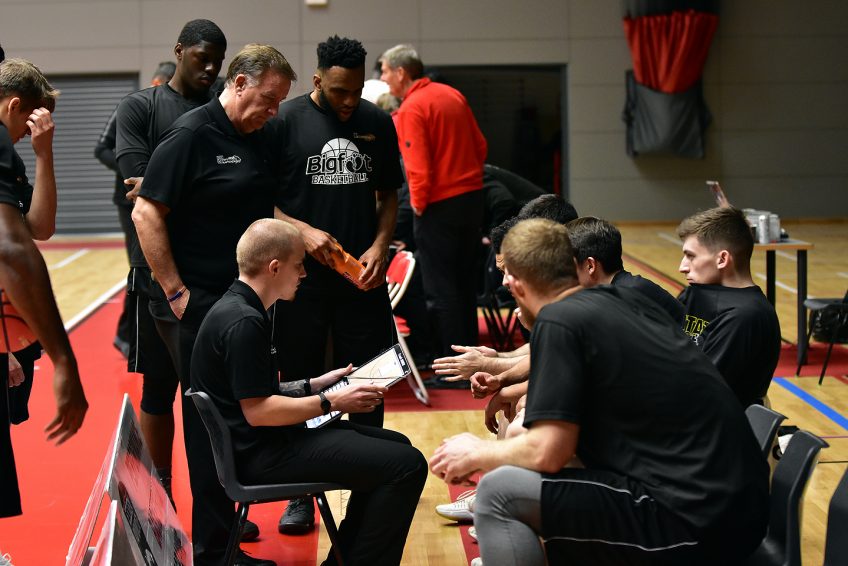 Leopards will look to wrap up 2018 with a pair of victories as they head to Thames Valley Cavaliers on Saturday (6pm) before moving on to Reading that night to face the Rockets on Sunday (5pm).

The sides that the Big Cats will face both go into the weekend tied in fourth place with six wins from nine games. While it will be the first league meeting against either side this season, the Big Cats played both sides in the National Trophy group stage and despite a 114-105 loss at Cavaliers in their opening game back in the competition following promotion, a 85-69 win at Essex Sports Arena against the Rockets means that a win against Hemel Storm in early January will take them through to semi-finals of the Division One league cup.

While Leopards battled through four rounds to reach the National Cup semi-final, neither of this weekend’s opponents made an impact in the competition. Rockets had a walkover against Derby Storm II before suffering a surprise 76-60 loss at Manchester Magic in the last 16 while Cavaliers won at University of Chester and Liverpool before losing at home to Leopards’ conquerors Solent Kestrels.

Leopards’ coach Thomas Baker is ready for an important weekend for his side: “This weekend we go up against two familiar opponents” he said. “Thames Valley are a strong athletic team who can score in multiple ways, we will need to be strong defensively if we are going to be successful against them and Reading have some very strong players who have proven time and time again that they can get it done when they need to.

“Games against Thames Valley are always electric, high energy and the atmosphere is always great. We have played Thames Valley already this season, both teams have come a long way since then and I am excited to see how we do against them.

“We played Reading a few weeks back in a game when everything clicked for us. I believe that they  will be ready for us this time round and we will have to ensure that we are switched on from the get go if we are going to have the same performance as last time.

“I feel we’re in a great place right now, we have had some really good performances as of late and I will be looking for us to continue these in this weekend. It would be great to pick up two wins for two as it would put us in a strong position going into the Christmas break.”

Rockets are Leopards’ oldest rivals, and although November’s meeting was the first in a competitive game for 18 months, the last two pre-seasons have seen the sides contest a home and away friendly series with the Big Cats winning both games. Unfortunately that didn’t really make up for the double-digit losses in the 2016/17 league season which helped consign Leopards to a season in Division Two.

Meanwhile Cavaliers have proven to be a thorn in the side of the Big Cats over the last 14 months. The Uxbridge-based side recorded a league double against them last season as both sides went up from Division Two and also hammered them in the last-16 of the National Cup in a game played at Harlow Leisure Zone.