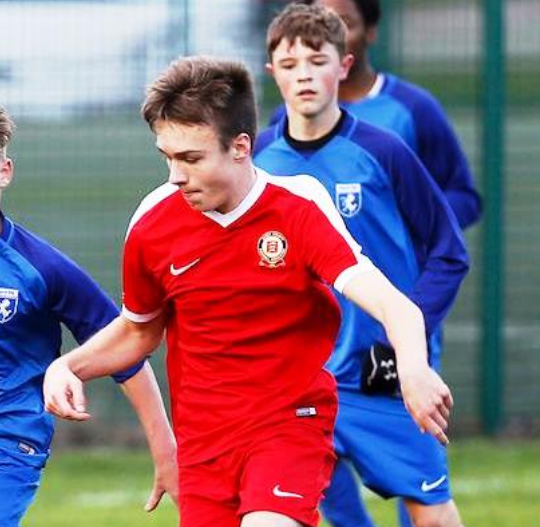 A hat-trick from Hamid Ishola proved the difference for Kent, who maintained their 100 per cent record in this season’s South-East Counties Under 16s Championship with a 3-0 win over Essex at Corinthian FC.

Essex had stunned London with a late three-goal comeback in the campaign opener last month, but they couldn’t repeat those heroics in Kent as a slightly depleted side finished the match a player light following injuries.

Ishola had scored the only goal of the game in his side’s win over Middlesex in their own opening game and the Kent Football United frontman proved to be the match winner once more, taking home the match ball.

The first action of the game saw Essex goalkeeper Jack Moore make a good save to deny Kent’s Harry Sargent, and they took the lead on 17 minutes when a through ball found Ishola, who sent a low shot beneath Moore.

Kent’s Kayden Tumer then burst through on goal but fired over from 20 yards before a chance for Essex from a well-worked free kick led to Tommy Ainsworth chipping the ball forward and Ted Turnham’s header was well held by Kent custodian Connor McDonnell.

Ishola later twisted into the area, but his cut-back was lashed over the top by Turner and, on the stroke of half-time, a fierce drive from Turner was well held by Essex stopper Moore. Early in the second-half, two chances for Ishola saw a shot well held by Moore prior to the same player nodding a good chance wide at the far post.

An excellent run from Essex’s Ainsworth saw him drill an angled shot just wide but, on 57 minutes, Ishola doubled his and his side’s tally. He twisted and turned inside the area before sending a drive along the ground and inside the near post.

The visitors had to play out the last 15 minutes with ten players due to some unfortunate injuries and Ishola soon had a chance to complete his hat-trick but, having gone past ‘keeper Moore, he shot wide of the near post. Essex’s Billy Harrison then pulled a good centre across goal, but Kai Stephen couldn’t direct his shot on-target at the far post.

Ishola squandered another opportunity when he scuffed a shot into the side netting following a half-cleared corner, but he did complete his trio three minutes from time, sealing the points for his side after stabbing home at the second attempt having seen his initial shot blocked by ‘keeper Moore.