Leopards in Form Ahead of Cup Tie 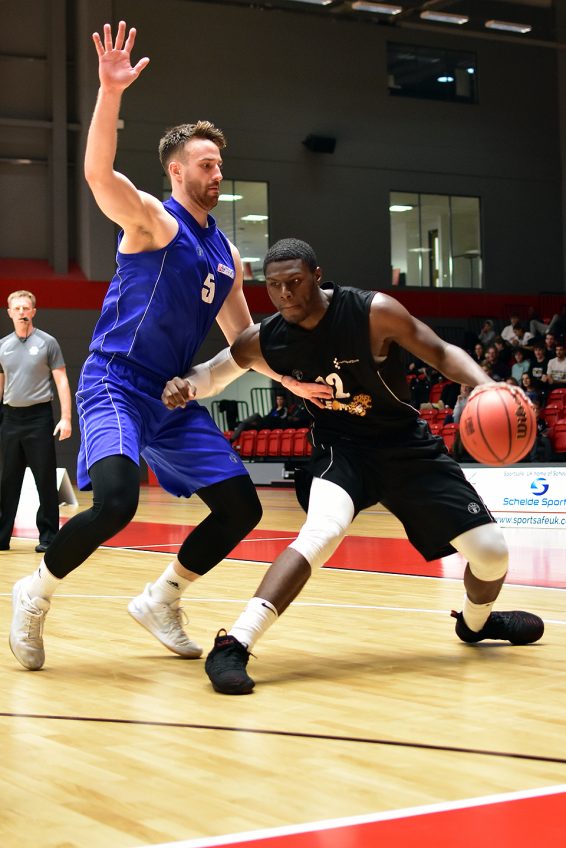 LEOPARDS will go into Sunday’s National Cup semi-final against Solent Kestrels in top form following a 102-74 demolition of Team Newcastle.

The Big Cats host the Division One leaders at the Brentwood Centre (4pm) on the back of a four game winning streak which has made coach Thomas Baker a happy man:

“Today was another fantastic win for us” he said. “Defensively we are doing a really good job in forcing poor shots from the opposition and then we are capitalising down the other end.

“Scoring has never been our problem but we shot the ball incredibly well tonight. I don’t think I envisaged us scoring 17 three-pointers in one game but we have the weapons to do it, it was only a matter of time.

“We are building momentum at the right time and I think this shows we are a team that can achieve big things this season.

“This is great preparation for what will be a tough semi-final against an undefeated [in league games] Solent team. We will need to be at our best to beat them and today’s result gives us the confidence that we can go and do just that.

Baker knows that the south coast side, whose only loss in 15 games came against big-spending Worthing, will present a tough test for his side as they look to win the National Cup for a fourth time:

“Coach Guymon’s teams are always well drilled and strong defensively so we will need to be at our best if we are to reach the final. They have some returning players from last year most namely Herm Senor II who is a great leader in their team.” 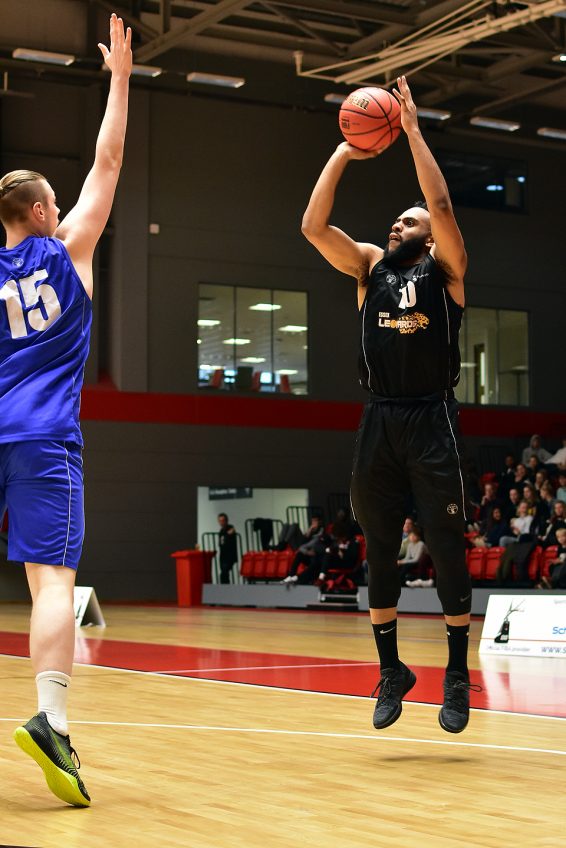 Asante Sandiford led the way for the Big Cats at Essex Sports Arena on Sunday with a massive 34 point, 15 rebound double-double.

Newcastle started well, but an 11-0 run sparked by Hodges gave Leopards a lead they would never lose, and Sandiford took his first period tally to ten points to send his side into the first break with a 24-16 lead.

That lead ballooned to 14 as Mascall-Wright hit a pair of triples to open the second period and Sandiford also scored twice from the Land of Plenty before Andre Lavinier marked his introduction to the game with a three within a second of getting on court and quickly doubled his tally to give Leopards a 54-34 lead.

With Wood (2), Sandiford and Captain Newman all draining from downtown, the third period saw Leopards steadily increase their lead as they went into the final 78-53 ahead.

Dion Easton’s basket with 100 seconds remaining saw the lead reach 100-65, and only a late 9-0 run saw Newcastle manage a measure of damage limitation as Leopards moved up to 11th in the table.

Tickets for Sunday’s game are available on the door or through www.leopardsbasketball.co.uk.