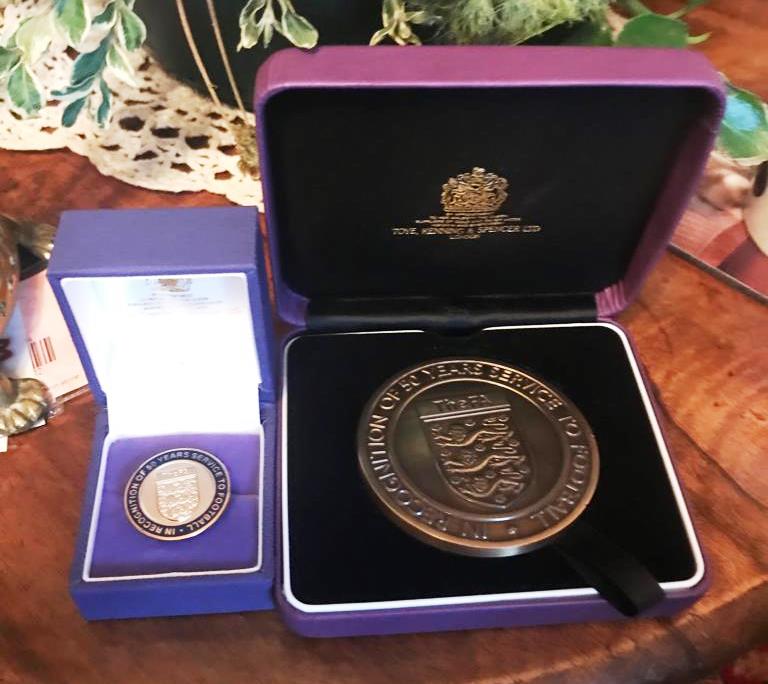 Maldon Saints YFC founder, Albert Kilby, has been presented with the prestigious FA 50-Year Award to recognise his decades of volunteering in grassroots football.

Albert was recently presented with his memento at home by the Essex County FA’s Representative to The FA, Alec Berry. To be eligible for The FA’s ‘Order of Merit’ Award, a nominated individual must have completed 50 years as a football volunteer, inclusive of their playing career but excluding any football played at school.

Justin “Albert” Kilby has also received 30 and 50-Year Awards from the British Legion for his service and dedication and used to play for the Army football team. Following demobilization from the Army, Albert returned to the district of Maldon where, for ten years, he ran the army cadet force football teams in the Maldon and Cold Norton area.

In 1970, he formed Maldon Saints YFC, where he continues to hold the position of Club President. Through his hard work and dedication, the club has grown from one single team to now serving the community of Maldon with a membership in excess of 250.

Albert has dedicated his life to his passion for football and helping others and, at the age of 85, he continues to remain actively involved. He can regularly be seen at the club on most weekends, where he will run coaching sessions or officiate on matchdays.