Written by Paul Golder in In The Papers👁 224 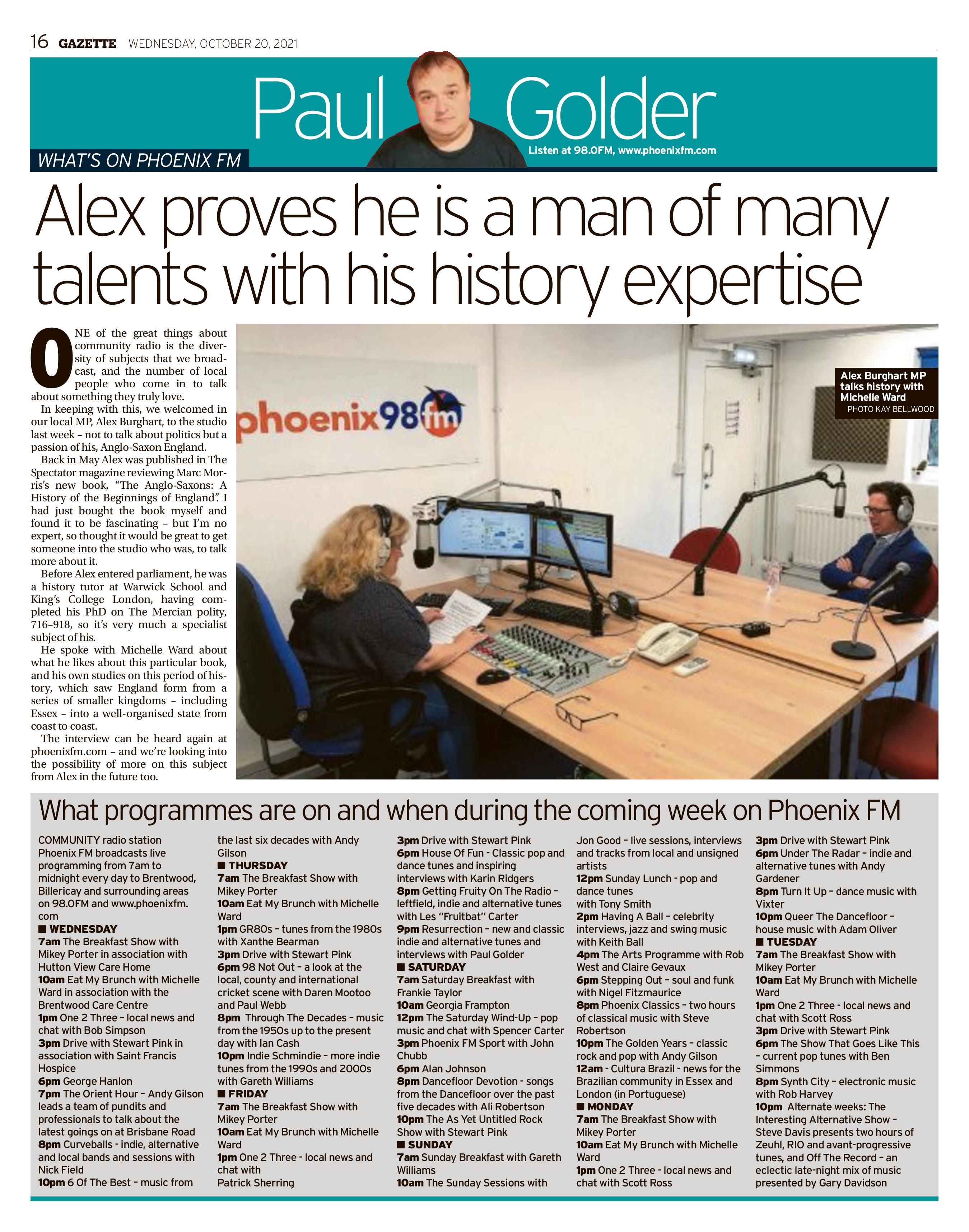 One of the great things about community radio is the diversity of subjects that we broadcast, and the number of local people who come in to talk about something they truly love.

In keeping with this, we welcomed in our local MP, Alex Burghart, to the studio last week – not to talk about politics but a passion of his, Anglo-Saxon England.

Back in May Alex was published in The Spectator magazine reviewing Marc Morris’s new book, “The Anglo-Saxons: A History of the Beginnings of England”. I had just bought the book myself and found it to be fascinating – but I’m no expert, so thought it would be great to get someone into the studio who was, to talk more about it.

Before Alex entered parliament, he was a history tutor at Warwick School and King’s College London, having completed his PhD on The Mercian polity, 716–918, so it’s very much a specialist subject of his.

He spoke with Michelle Ward about what he likes about this particular book, and his own studies on this period of history, which saw England form from a series of smaller kingdoms – including Essex – into a well-organised state from coast to coast.

The interview can be heard again at phoenixfm.com – and we’re looking into the possibility of more on this subject from Alex in the future too.