100 years ago this Saturday, Billericay’s war memorial was unveiled on 16 October 1921, listing the names of the 62 men from the town who lost their lives during the First World War. Sadly this of course wasn’t the end of war, a panel was added behind the memorial following the Second World War, with the names of 54 men who had died in that conflict.
100 hundred years to the day an exhibition is being held in the town to mark the anniversary. 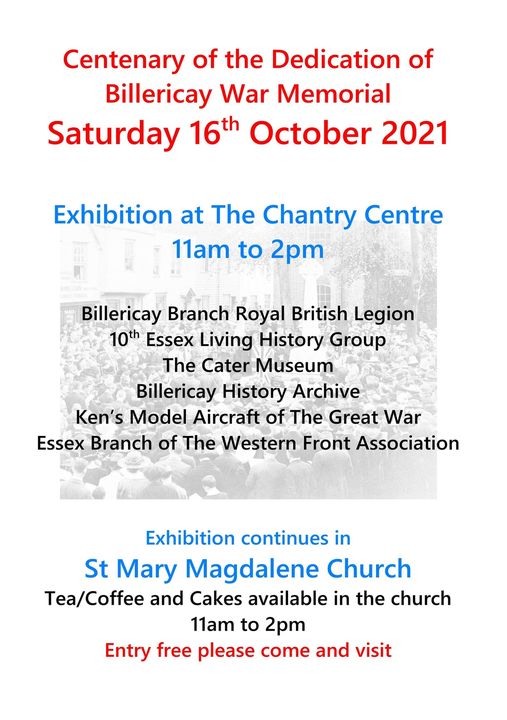 The rest of today’s headlines –

Genesis have postponed the final four UK dates of its reunion tour “due to positive Covid-19 tests within the band”.

Pink has been named the most played female artist of the 21st Century in the UK, in a chart compiled by music licensing company PPL.

You can listen to the show again here –