“Lust” and the Headlines!


Nice to be back today after a two week break.
A few weeks ago I spoke to Jane Granby from the Billericay Operatic Society about their production of “Lust The Musical” at The Brentwood Theatre. Last Saturday I went to see the production on the final day of performances.
It was a triumph, Funny and bawdy with some great performances by the cast. Gail Carpenter as Lady Fidget was a revelation!
Sadly It’s now too late to see this particular production but I’ll be looking out for future outings of the society as this one was so good. Next on their agenda is a production of Made in Dagenham.
You can find out more on their website billericayoperaticsociety.co.uk 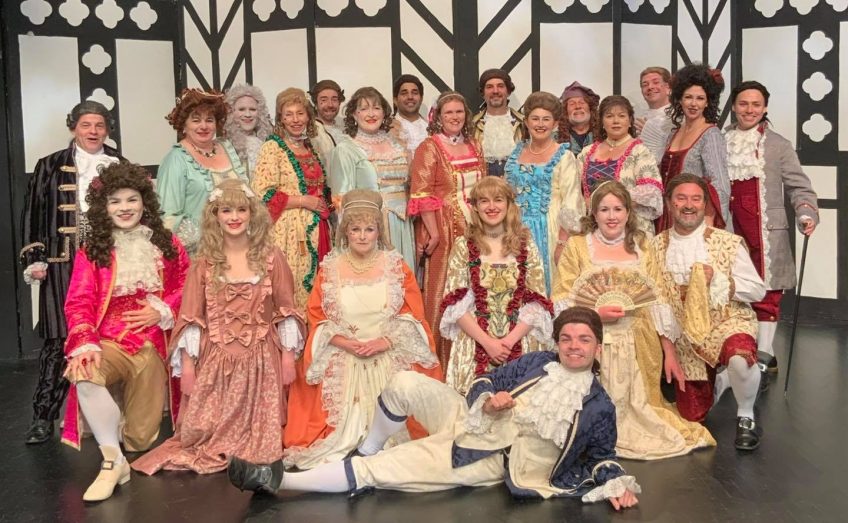 The rest of todays headlines on the show….

A soon-to-be bride was left mortified after a wedding shop quickly put her in her place when she complained the dress that arrived looked “nothing like” the one she had ordered.

THE QUEEN has a secret “booze tunnel” located under Buckingham Palace, Princess Eugenie’s husband has claimed.

Adele has released a snippet of her first new music for six years, and revealed that the full song will be out next week.

Daniel Craig’s final film as James Bond has notched up the highest opening weekend UK takings of any 007 movie.

A man has revealed he has been eating raw sausages for 50 years, leaving people disgusted. (Don’t try this at home please!)

You can listen to the entire show here –