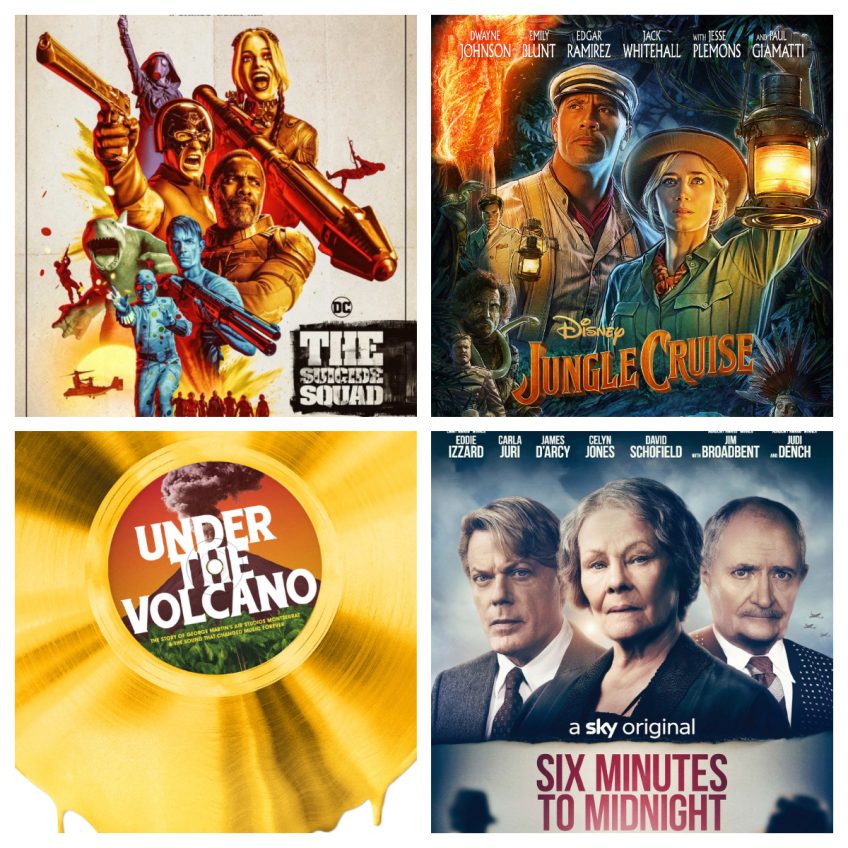 The Suicide Squad – Supervillains Harley Quinn, Bloodsport, Peacemaker and a collection of nutty cons at Belle Reve prison join a super-secret, super-shady Task Force X as they are dropped off at the remote, enemy-infused island of Corto Maltese.

Jungle Cruise – Dr. Lily Houghton enlists skipper Frank Wolff to take her down the Amazon in his ramshackle boat in-order to find an ancient tree that holds the power to heal.

Under The Volcano – On a remote Caribbean island, under the shadow of an active volcano, the world’s biggest recording artists made music and myth that defined an era.

Six Minutes To Midnight – In the summer of 1939, influential Nazi’s send their daughters to a finishing school in an English seaside town to learn the language and become ambassadors. A teaching working at the school tries to raise the alarm but the British authorities believe he is the problem.