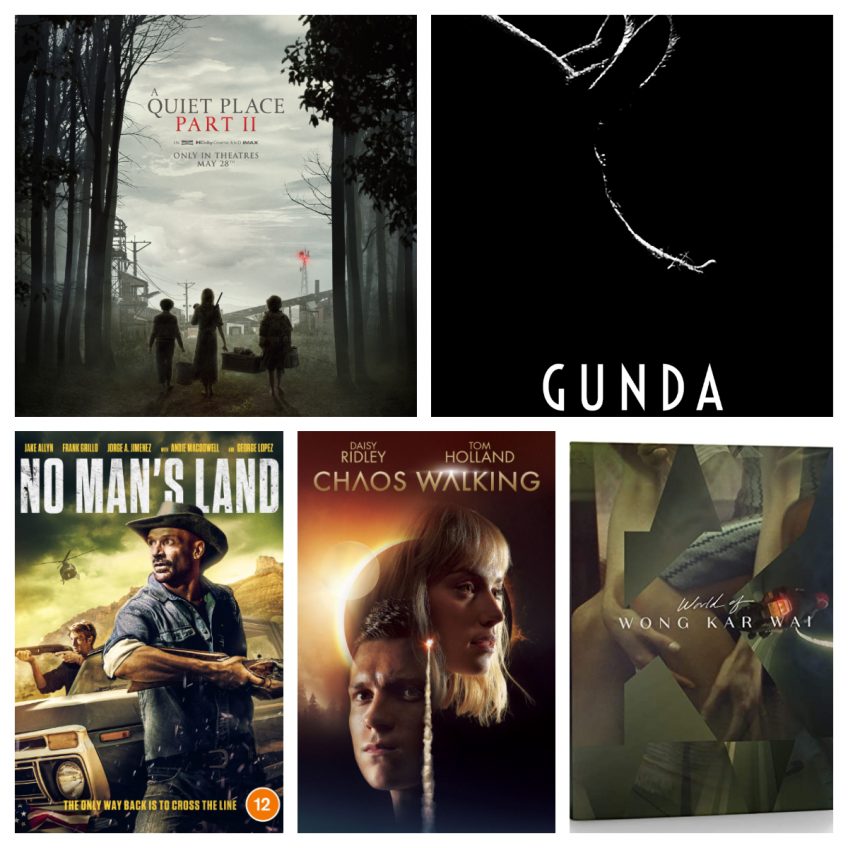 A Quiet Place Part II – Following the events at home, the Abbott family now face the terrors of the outside world. Forced to venture into the unknown, they realize the creatures that hunt by sound are not the only threats lurking beyond the sand path.

Gunda – Documentary looks at the daily life of a pig and its farm animal companions: two cows and a one-legged chicken.

No Man’s Land – When a vigilante border patrol turns fatal, a man flees on horseback to Mexico, seeking forgiveness from the victim’s father.

Chaos Walking – Two unlikely companions embark on a perilous adventure through the badlands of an unexplored planet as they try to escape a dangerous and disorienting reality, where all inner thoughts are seen and heard by everyone

The World of Wong Kar-Wai – A boxset of seven films from the Hong Kong writer/director.