Getting into the bank holiday fun, we reported today on a couple in France who enjoyed a meal to remember and we also reported on the man looking to make a big noise for England.

First off we heard about pensioners, Donald and Margaret Lincoln, who along with their step daughters moved from Sheffield to France in 2015.

It seems that during the Covid crisis, step daughter, Angela has been doing the shopping for them.

When Angela started preparing her latest shopping list, Margaret asked her to try and get hold of some more of a particular brand of pate which the family had just enjoyed for dinner. 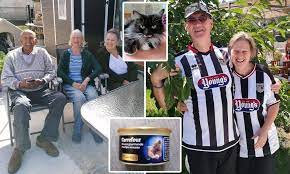 Since Brexit they are no longer able to buy meat and cheese products sourced from the UK, such as their favourite Shippam’s Paste so have been forced to research local alternatives.

Clearly things are not helped if you’re not a fluent French speaker so it’s not always easy to establish what might prove to be the best alternatives to try out.

Naturally Angela asked her parents to show her the packaging of this desirable delicacy which she promptly identified as tuna based gourmet food intended for their cat Aggy!

Normally Margaret tries to separate the pet food from the other items, but this time things seem to have got a bit messed up.

Nevertheless Margaret defended herself by pointing out that the picture of a cat licking its lips on the tin should have been a bit of a “give-away” and in any case her mother had thoroughly enjoyed it, saying it was “absolutely scrumptious”. 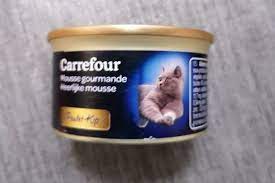 It’s not immediately clear whether the family will be sitting down for another dinner of cat food or not.

Meanwhile back in “Blighty” it seems that back in 2009, Paul Hunn unleashed a monster burp at Butlins in Bognor Regis.

The belch, which reached 109.9dB, rivalled the sound of a pneumatic drill.

Now it seems that Paul has thrown down the gauntlet and is challenging all comers from around the world to try to knock him off his Guinness Book of Record belching perch.

One possible contender, Nev Sharp, has emerged from Australia, who announced, “I’m coming for you, Paul.”

So far Paul remains unfazed by the challenge boasting that he’s held the world record now for 16 years and has seen challengers come and go.

“I am not going to give up my record lightly,’  he said. 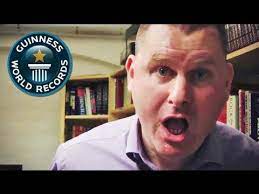 Talking about his unique talent, he says preparation is key.

He told Guinness World Records: “My preparations before doing a very loud burp would be maybe the night before I would have a spicy curry or something like that to get the gasses going in my stomach.”

“On the day of the attempt or demonstration, I will make sure that I don’t eat, so that my stomach is nice and empty. That way I can get more air in beforehand.”

“As I’m about to burp, I take a fizzy drink, I breathe in some more air, I lean forward, and as I feel the air rising, I just let rip, so to speak.”

Clearly a flair to be proud of then!