Film Reviews: Those Who Wish Me Dead, Sound of Metal, Army of the Dead, The Swordsman, Raya and the Last Dragon 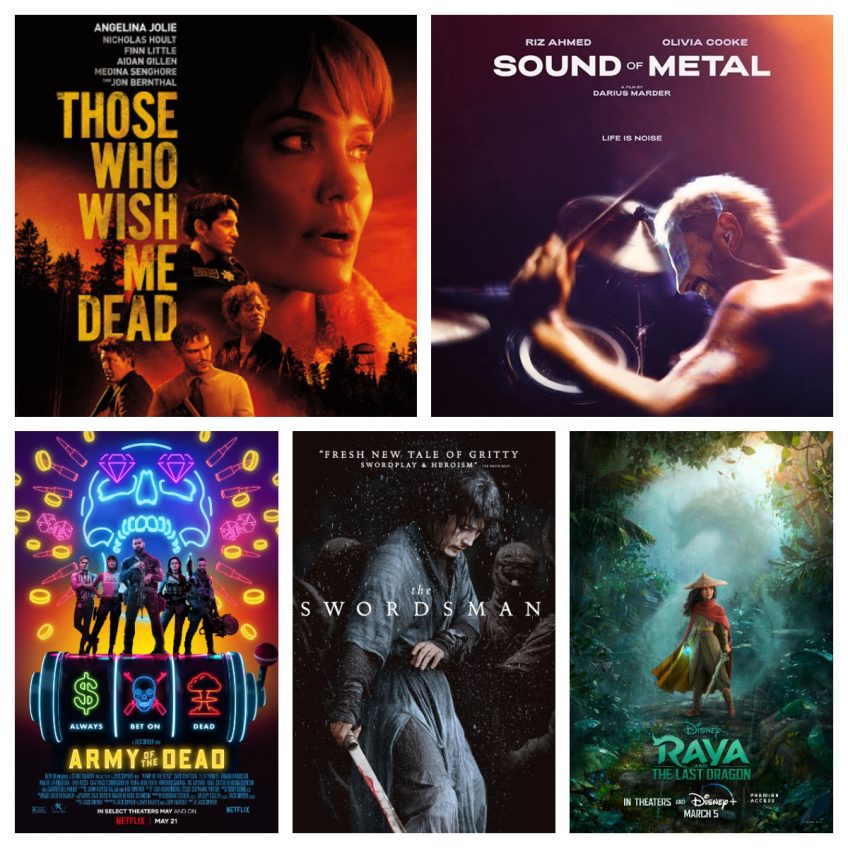 Those Who Wish Me Dead – A teenage murder witness finds himself pursued by twin assassins in the Montana wilderness with a survival expert tasked with protecting him — and a forest fire threatening to consume them all.

Sound of Metal – A heavy-metal drummer’s life is thrown into freefall when he begins to lose his hearing.

Army of the Dead – Following a zombie outbreak in Las Vegas, a group of mercenaries take the ultimate gamble, venturing into the quarantine zone to pull off the greatest heist ever attempted.

Raya and the Last Dragon – In a realm known as Kumandra, a re-imagined Earth inhabited by an ancient civilization, a warrior named Raya is determined to find the last dragon.