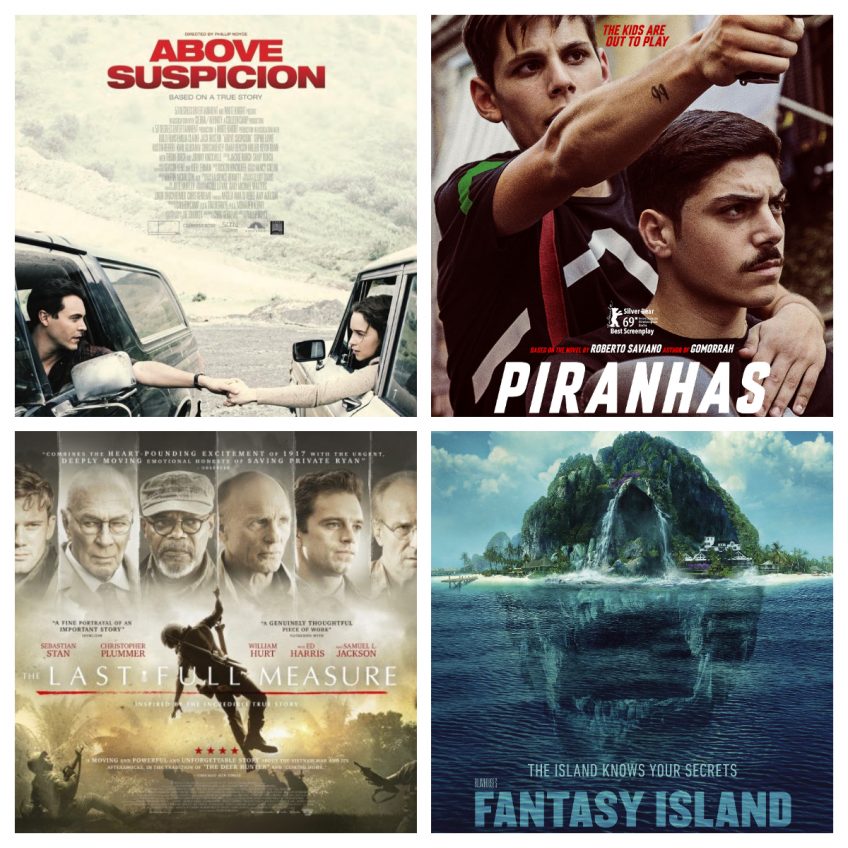 Above Suspicion
– The true events that lead to the first ever conviction for murder of an FBI agent.

Piranhas
– A gang of teenage boys stalk the streets of Naples armed with hand guns and AK-47s to do their mob bosses’ bidding.

Fantasy Island
– When the owner and operator of a luxurious island invites a collection of guests to live out their most elaborate fantasies in relative seclusion, chaos quickly descends.

The Last Full Measure
– Thirty-four years after his death, Airman William H. Pitsenbarger is awarded the nation’s highest military honour for his actions on the battlefield.